An “Open Letter” to the 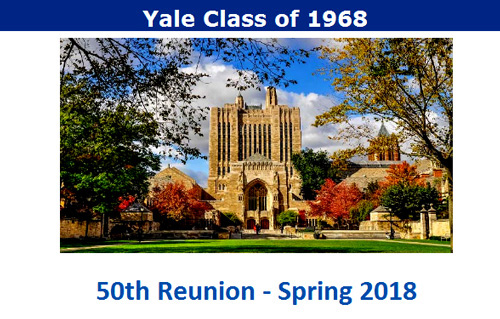 (… and all those who have
come after.)

The Yale Class of 1968 – Marked by Memories of Pain and Suffering
Some Notes from the Yale Class of 1968
Fifty years on…What ever happened to the “Class of 1968?”
“On our watch,” Yale ’68, the world was hijacked.
What Americans Must Never Forget
VICE Underplays the “Evil” of Dick Cheney – Wilkerson and Jay Review the Movie
Joseph Wilson, Ambassador Who Disputed Bush’s Iraq WMD Claim, Dies at 69
9/11 and Cheney’s Oil Grab w/ Michael Ruppert
Glen Greenwald tears apart Dick Cheney!
Graduations & Class Reunions – Yale 1968
Earth Day & Class Reunions: What Do We Choose to Celebrate? What Do We Prefer to Ignore? What Will Be Our “Class Legacy” to Future Generations?
How the rich get richer – money in the world economy | DW Documentary
Some observations on image, reality, and the distortion of institutions and truth under the Cheney-Bush administrations (…and ever since).
Col. Lawrence Wilkerson responds to Dick Cheney lies
Bush & Cheney Should Be Charged with War Crimes Says Col. Wilkerson, Former Aide to Colin Powell
Splendor and Wisdom – The Reverend William Sloane Coffin, Jr. & the Yale Class of 1968
The Tragic Legacy of The Class of 1968: Carbon Fuels, Catabolic Climate Collapse and the Future of the Human Prospect
and
Bill McKibben | How the Iconic 1968 Earthrise Photo Changed Our Relationship to the Planet

“Nostalgia aint what it used to be…” — Yogi Berra

The reunions of the Yale Class of 1968 can be troubling events because they embody the contradictions of our culture in troubled times.  This was true at the time we graduated and the difficulties have endured over decades ever since.  In the era of  “playlists,” a 24-7 news cycle, “friending” and “twitter storms” the struggle for control of the dominant public narrative persists.  Who are we?  Where did we come from?  Where are we headed?  These questions dominate all reunions, but they are particularly poignant for the class of 1968 because of the life-reorienting events that occurred in the Senior Year of 1968.

Fortunately,  for the Yale Class of 1968 at Yale, several members of the class — including film-maker Lloyd Kaufman and Oscar Award winner, Oliver Stone — (along with many other writers in their midst) have provided the public with memorable accounts of their understanding of what has occurred over the last fifty years.  In addition, the evolution of electronic communications through vehicles like YouTube, Hulu, Kanopy, etc., has been breathtaking in the past fifty years.  In effect, it is now possible to share memories, thoughts and reflections at all contemporary college reunions on a scale never previously imagined. 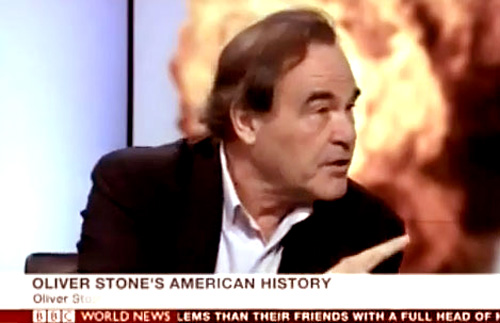 Classmates can communicate with each other through films, documentaries and their own websites to reach out to the wider world as well.  Lined online videos allow class members to recall what has happened “on our watch.”   This affords the class the opportunity in the future to develop totally new kinds of class reunions.  As Yogi Berra once observed, “Nostalgia ain’t what it used to be.”

As it turns out, by almost any standard, the Class of 1968 at Yale experienced an exceptional moment in American history.  Even before they came to Yale their experiences were marked by a sense of tragedy and loss. While in their Senior Year of High School, they experienced the assassination of President John F. Kennedy. During their Senior Year at Yale, they also witnessed the further assassinations of the Reverend Martin Luther King, Jr. and Senator Robert F.. Kennedy.

During their four years at Yale, the Vietnam war raged on and their Chaplain, the Reverend William Sloane Coffin, Jr. had been arrested, indicted and tried for opposing that war along with Noam Chomsky and the other “Chicago nine.”

The American civil rights movement and the anti-Vietnam war movements provided the backdrop for the emergence of the Class of 1968. Since its graduation members of the class have witnessed and participated in the record-breaking growth of the U.S. economy and its simultaneous increased dependence upon the burning of fossil fuels. The seemingly unquenchable demand for the ever increasing amounts of fossil fuels has driven the United States to a state of permanent war around the world as it tries desperately to control conventional supplies of oil, gas and coal.

Moreover, it now seems that as apparent that this voracious “quest” for energy, security and power has led to the development of “unconventional” extraction methods. These include tar-sands extraction, shale oil exploitation, and hydrolic fracturing or “fracking” — the combination of which promises to extend the fossil fuel moment in human history for several more decades and perhaps longer.

Meanwhile, scientists have warned for years now that oxidizing carbon on an industrial scale has led to a marked and abrupt change in Earth’s energy budget by creating contributing gases to Earth’s atmosphere that trap heat near its surface. Their estimates are that the further pursuit of unconventional sources of fossil fuels will lead to the catabolic collapse of industrial civilization as we know it. Climate instabilities, food insecurity, mass migration, the resurgence of water-borne and epidemic disease and the inundation of both rural and urban populations located on the worlds coastlines will exceed the capacities of human socio-political institutions to be able to cope.

Rather than devising a sober and serious plan for the transition to a post-fossil-fueled world, the political leadership that came out of the Yale Class of 1968 — and its successors — seem committed to sustaining the illusion of infinite growth on the basis of continued dependence upon what scientists have indicated will create a danger to future of the human prospect.

In these circumstances the reunions of the Yale Class of 1968 are inevitably and understandably troubling events.