Earth Day & Class Reunions: What Do We Choose to Celebrate? What Do We Prefer to Ignore? What Will Be Our “Class Legacy” to Future Generations? | EV & N #274 | CCTV

On Earth Day we should pay particular attention — especially in college reunions — to what we celebrate AND what we choose to forget. This can provide a more nuanced and complete measure of our legacy to the future.

Bush’s “victory” was not universally acknowledged.  Indeed, after the disastrous failure of the Iraq invasion of 2003, there were several prominent calls for the accountability of Prime Minister Blair and for the trial of both Blair and President Bush. 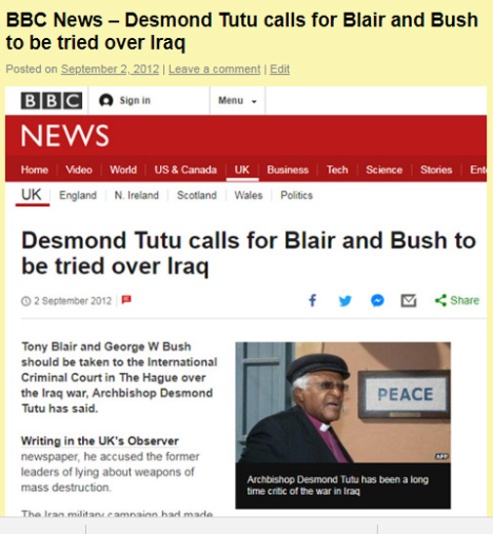 Eventually Bush and his administration were tried in absentia by and international court in Kuala Lumpur, Malaysia and they were convicted of war crimes.

Published on May 29, 2013
Former U.S. President George W. Bush recently dedicated his Presidential Library in Dallas. The ceremony included speeches by President Obama, ex-President Bush, and every other living ex-president. But none of the speeches so much as mentioned to Iraq war — the undertaking that dominated George W. Bush’s presidency, and will define his historic legacy.

This omission might be due, at least in part, to the fact that Mr. Bush is now a convicted war criminal who dares not travel abroad out of fear of being arrested.

In February 2011, Bush was forced to cancel a scheduled appearance in Geneva, Switzerland after human rights groups filed a criminal complaint charging him with violating international treaties against torture.

His trouble increased dramatically a year ago when Bush — along with former Vice President Dick Cheney, former Defense Secretary Donald Rumsfeld, and several other top Bush administration officials — were convicted of war crimes in absentia by a special war crimes tribunal in Kuala Lumpur, Malaysia.

The Kuala Lumpur War Crimes Commission was convened and conducted according to internationally recognized procedures and rules of evidence, and the week-long hearing ended with the five-member panel unanimously delivering guilty verdicts.

What is the significance of that tribunal? Is its verdict legally binding? Are there troublesome aspects to the idea that a foreign tribunal can sit in judgment of a U.S. President — whatever we may think of his actions? We will discuss these vitally important questions with Dr. Francis Boyle, a professor of international law at the University of Illinois College of Law. He served as a prosecutor at the tribunal.

What Will Be The Enduring Global Legacy of the
Yale Class of 1968?

Two and a half months before he hosted his 35th Yale Class Reunion at the White House, on 29 May 2003, President George W. Bush ordered the invasion of Iraq.  One person –who had already been active in the American public life at the time of President Bush’s graduation in 1968 — was interviewed by the BBC’s Francine Stock in that same year of his 35th Yale Class Reunion.  The link between the similarities of behavior of the American government during the Vietnam war and the Iraq invasion were made clear by this scholar who had witnessed and critiqued both wars

The BBC interview offers a powerful, timely and enduring assessment of what came to characterize the exercise of American Presidential power under George W. Bush and every administration since.  This can be said to be a major legacy of the Yale Class of 1968.

In addition, Academy Award winner, Oliver Stone, — a fellow Yale ’68 classmate of President George W. Bush — has narrated and presented to the world a documentary that offers an explicit critique of the legacy of the Cheney-Bush years.  It stands as a tribute to what many in the Yale Class of 1968 remember as important over the last 50 years.  In fact, in the opinion of many in the class this documentary warrants extended attention and discussion during their forthcoming fiftieth reunion in New Haven.

It is rare for any class reunion to receive among its alumni a former President of the United States.  It is even more rare to have that President accused and convicted by an international panel of jurists of war crimes.  Recalling these things as Yale ’68 gathers for its 50th reunion will be a painful and difficult event for many in the class.

Perhaps equally painful is the recognition that nothing seems to have been learned by subsequent administrations — Democrat or Republican — from the misjudgments and mistakes of the entire post-World War II cold-war period in American history.  Instead people like John Bolton (initially named to the U. N. Ambassador position as a “recess appointment” by President George W. Bush because of Congressional opposition) — now emerge on the National Security Council in an administration that seems to think military nationalism is the only way forward.

We seem to have had no public discussion of the alternatives that were possible at several points in recent history to have crafted a very different legacy for our children.  Once again, Oliver Stone has pointed this out very clearly to us:

It now seems that President George W. Bush is scheduled to participate in the activities of 50th Reunion of Yale Class of 1968 in the June of 2018.  It will be significant to observe whether this aspect of the Class legacy is something the members of Yale ’68 choose to celebrate or prefer to ignore. 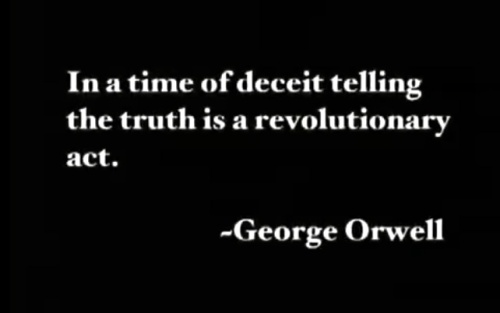