How one man created a forest in a cold desert

Did Tillerson just take a veiled shot at Trump?

Former Secretary of State Rex Tillerson spoke to graduates of the Virginia Military Institute and promoted the values of truth and facts in American society, saying that when we “go wobbly on truth … we go wobbly on America.” 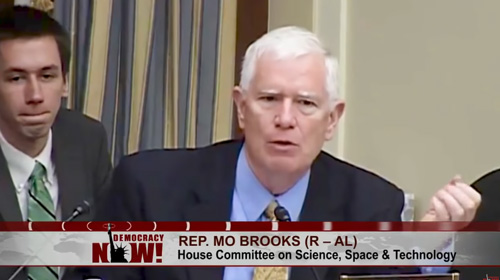 The Earth is not warming. The White Cliffs of Dover are tumbling into the sea and causing sea levels to rise. Global warming is helping grow the Antarctic ice sheet.

Those are some of the skeptical assertions echoed by Republicans on the House Science, Space and Technology Committee yesterday. The lawmakers at times embraced research that questions mainstream climate science during a hearing on how technology can be used to address global warming.

A leading climate scientist testifying before the panel spent much of the two hours correcting misstatements.

The purpose of the hearing was to focus on how technology could be deployed for climate change adaptation. But the hearing frequently turned to the basics of climate science. Many of the questions by Republicans and Democrats alike were directed to Philip Duffy, president of the Woods Hole Research Center in Massachusetts and former senior adviser to the U.S. Global Change Research Program.

Rep. Dana Rohrabacher (R-Calif.) said he was bothered that established climate science has not been questioned more by the committee, which has accused federal climate scientists of fraudulently manipulating climate data and subpoenaed their records.

“I’m a little bit disturbed by, No. 1, over and over again, I hear, ‘Don’t ever talk about whether mankind is the main cause of the temperature changing and the climate changing,'” he said. “That’s a little disturbing to hear constantly beaten into our heads in a Science Committee meeting, when basically we should all be open to different points of view.”

Rep. Lamar Smith (R-Texas), chairman of the committee, entered into the record an opinion piece published in The Wall Street Journal yesterday that claimed sea levels are not rising because of climate change, a view that rejects thousands of scientific studies. The piece was written by Fred Singer, who is affiliated with the Heartland Institute, which promotes the rejection of mainstream climate science.

“To solve climate change challenges, we first need to acknowledge the uncertainties that exist,” Smith said in his opening remarks. “Then we can have confidence that innovations and technology will enable us to mitigate any adverse consequences of climate change.”

At one point, Smith showed a slide of two charts that he said demonstrated how the rate of sea-level rise does not equal the sharp spike in the consumption of fossil fuels. When Smith pointed out that rates of sea-level rise have only increased slightly compared with the rate of fossil fuel use, Duffy pointed out that his chart was from a single tide gauge station, near San Francisco, and that sea levels rise at different rates around the world. Smith did not show rising atmospheric CO2 levels or temperatures, both of which have climbed steadily in recent decades as emissions have increased.

“The rate of global sea-level rise has accelerated and is now four times faster than it was 100 years ago,” Duffy told Smith in response to the charts.

“Is this chart inaccurate, then?” Smith asked.

Rep. Mo Brooks (R-Ala.) questioned Duffy on the factors that contribute to sea-level rise, pointing out that land subsidence plays a role, as well as human activity.

Brooks then said that erosion plays a significant role in sea-level rise, which is not an idea embraced by mainstream climate researchers. He said the California coastline and the White Cliffs of Dover tumble into the sea every year, and that contributes to sea-level rise. He also said that silt washing into the ocean from the world’s major rivers, including the Mississippi, the Amazon and the Nile, is contributing to sea-level rise.

“Every time you have that soil or rock or whatever it is that is deposited into the seas, that forces the sea levels to rise, because now you have less space in those oceans, because the bottom is moving up,” Brooks said.

Duffy responded: “I’m pretty sure that on human time scales, those are minuscule effects.”

Brooks added that Antarctic ice is growing. That was true a few years ago, and scientists say it does not disprove the theory of global warming because different factors affect the Arctic and Antarctic rates of melting.

“We have satellite records clearly documenting a shrinkage of the Antarctic ice sheet and an acceleration of that shrinkage,” Duffy said.

https://democracynow.org – Fifty years ago today, on May 17, 1968, in the Baltimore suburb of Catonsville, Maryland, a group of Catholic priests and activists stood around a small fire, praying and singing. They had gone into the local draft board office and taken 378 draft records, for the young men in the 1-A category who were most likely to get drafted to go to war in Vietnam. They set fire to the draft records using homemade napalm, made from gasoline and laundry soap, to symbolize the U.S. military’s use of napalm on Vietnamese civilians. Video of the act of civil disobedience was seen around the world. They became known as the Catonsville Nine, and in 1970 they were given prison sentences of up to three years behind bars. We feature interviews with Fathers Phil and Daniel Berrigan, who helped organize the protest, and speak to Margarita Melville, one of the last surviving members of the Catonsville Nine, during a ceremony to mark the unveiling of a new historical marker to commemorate the action. 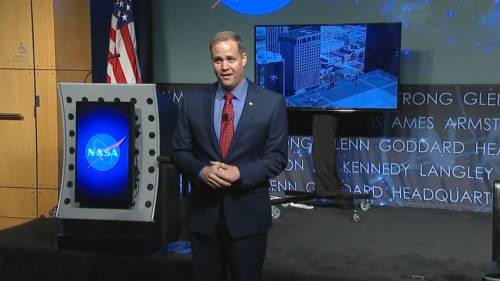 Back in the United States, NASA’s newly-confirmed administrator Jim Bridenstine affirmed the science of climate change Thursday, in a break from the Republican party and from his own previous statements denying global warming. Speaking to NASA employees at a town hall meeting at the agency’s headquarters in Washington, D.C., the former Oklahoma Republican Congressmember said his position on climate change has “evolved.” In 2013, Bridenstine demanded President Obama apologize for funding climate research and falsely said from the House floor that global temperatures stopped rising early this century. 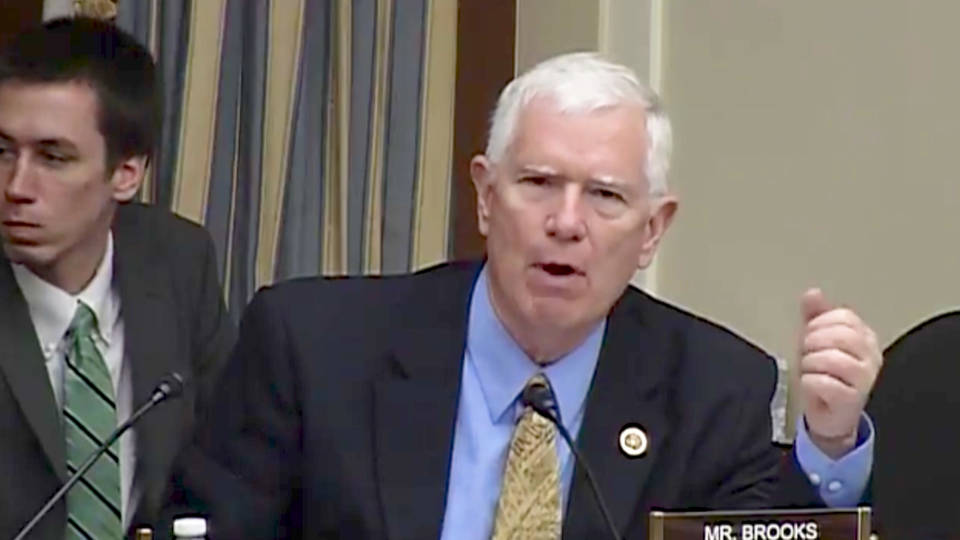 May 18, 2018
Bridenstine’s new comments came a day after Alabama Republican Congressmember Mo Brooks suggested during a House Science committee hearing that coastal erosion—and not greenhouse gas emissions—is to blame for rising sea levels. Rep. Brooks made the comments as he questioned Philip Duffy, president of the Woods Hole Research Center.

Philip B. Duffy: “I’m pretty sure that on human time scales, those are minuscule effects.”

President Trump has dismissed climate change as a Chinese hoax and has ordered the U.S. to withdraw from the Paris climate accord.

Congo: WHO Warns of “Urban Ebola” as Virus Spreads to Mbandaka City 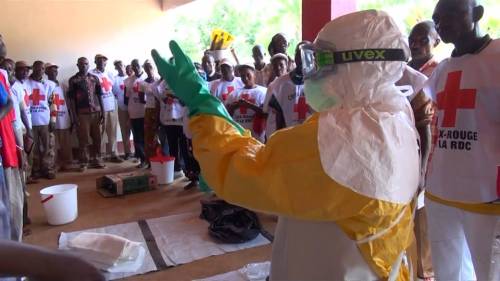 In the Democratic Republic of Congo, health officials are warning an outbreak of Ebola could potentially explode, after the first confirmed case of the deadly virus was found in Mbandaka—a city of more than a million people. This is Peter Salama of the World Health Organization.

Peter Salama: “Urban Ebola is a very different phenomenon to rural Ebola, because we know that people in urban areas can have far more contacts, so that means that urban Ebola can result in an exponential increase in cases in a way that rural Ebola struggles to do.”

So far at least 45 people have been infected by the virus, with the death toll now at 25. An Ebola outbreak in West Africa in 2014 claimed more than 11,000 lives.

Republican leaders on the Senate Intelligence Committee have broken ranks from President Trump and their House counterparts, saying they see no reason to dispute the conclusion that Russia interfered on behalf of Donald Trump in the 2016 U.S. election. The finding contradicts an earlier report by the Republican-controlled House Intelligence Committee, which says it found no evidence that Russia was trying to help Trump win. The news comes after President Trump’s lawyer Rudy Giuliani said members of special counsel Robert Mueller’s team have concluded they cannot indict a sitting president.