A judge ordering President Trump to pay $2 million to charities as a fine for misusing his own charitable foundation to further his political and business interests is not as bad and could’ve gone much worse says a Columbia Law professor. (Nov. 8)

[Is this “déjà vu all over again…” As Yogi Berra might put it?] 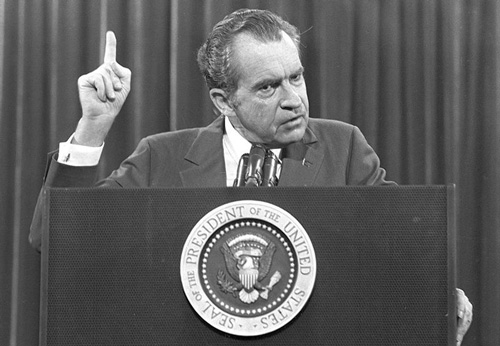 President Richard Nixon speaks near Orlando, Fla. to the Associated Press Managing Editors annual meeting, Nov. 17, 1973. Nixon told the APME “I am not a crook.” (Anonymous/AP)

Nixon declared. “I have never obstructed justice… I welcome this kind of examination because the American people have a right to know if their President is a crook. Well, I’m not a crook. [emphasis added].