Coal: Is this the beginning of the end? – BBC News

The fuel that powered the industrial revolution may be in decline at last.

This year looks set to see the largest fall in electricity production from coal on record, according to a new report.

The reduction is estimated to be more than the power generated from coal in Germany, Spain and the UK combined.

The report by three energy experts – published in the online journal Carbon Brief – draws on energy sector data from around the world for the first seven to 10 months of the year. 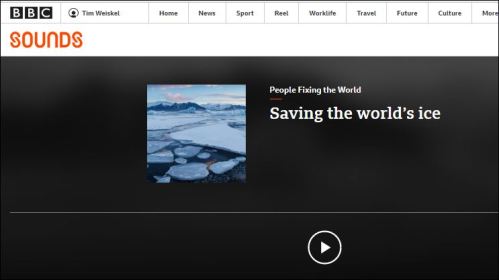 Global warming is melting the world’s glaciers and sea ice. In Iceland the effects can already be seen – people there recently held a funeral to mark the death of the Okjokull glacier. So scientists and engineers around the world are trying to come up with ideas to cool the planet and stop the ice from melting. One wants to spray sea water into clouds to make them whiter so they reflect more of the sun’s rays back up. Another plan is to make sea ice more reflective by spreading layers of tiny silica beads on it. Others are devising massive geoengineering projects, such as building giant sun shades in the sky and walls around sea ice to stop warm water wearing it away. But sceptics warn that projects like these are too expensive and are a distraction from the cause of the problem – and we should be focusing on reducing greenhouse gas emissions instead. Producer Hannah McNeish Photo: Getty Images

Published on Aug 7, 2010
A personal tribute I made to the great Beat Musician Gil-Scott Heron.

The tiny New Jersey hamlet of Money Island sits perched on a low-lying stretch of the bay’s shore, where an inch of sea level rise can submerge roadways and flood foundations. In the past decade, beset by rising seas and increasing storm damage, many residents of Money Island and other nearby bay communities have opted to take buyouts from the state and abandon their homes. This Yale Environment 360 video explores homeowners’ agonizing decision over whether to stay or go, and the profound impacts this retreat is having on one of the poorest parts of New Jersey.

Countries will have to increase their carbon-cutting ambitions five fold if the world is to avoid warming by more than 1.5C, the UN report says. The annual emissions gap report shows that even if all current promises are met, the world will warm by more than double that amount by 2100.

Also in the programme: The chief rabbi in the UK attacks the opposition Labour party’s record on anti-Semitism; and Iranian born artist Shirin Neshat gives her view on the continued feud between Iran and the US. 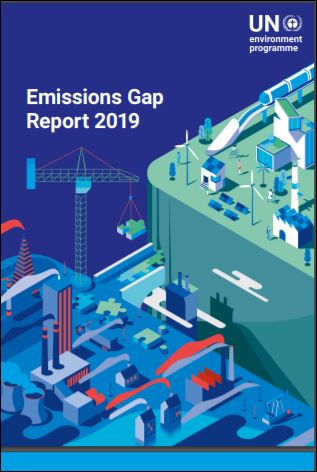 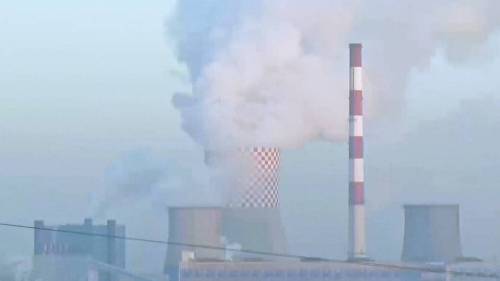 The United Nations says greenhouse gas emissions surged to record-high levels last year. The new report also says that the increase in methane levels in 2018 was the highest increase in the last 20 years. Methane is an extremely powerful greenhouse gas. This is the World Meteorologist Organization’s secretary-general, Petteri Taalas.

Petteri Taalas: “And last year, we have seen emissions growth continued, it has been growing for the past two years and the estimate for last year was 2.1 percent increase. So, despite of Paris agreement, the emissions are still, still growing.” 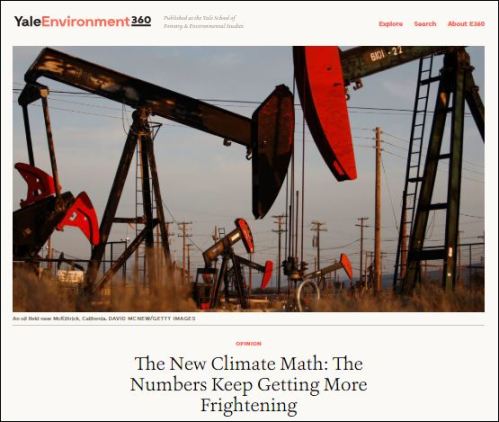 Scientists keep raising ever-louder alarms about the urgency of tackling climate change, but the world’s governments aren’t listening. Yet the latest numbers don’t lie: Nations now plan to keep producing more coal, oil, and gas than the planet can endure.

Climate change is many things — a moral issue, a question of intergenerational justice, an economic threat, and now a daily and terrifying reality.

But it’s also a math problem, a point I’ve been trying to make for awhile now. Let’s run some new numbers.

First: 11,000, as in the number of scientists who just signed a manifesto that declares the world’s people face “untold suffering due to the climate crisis” unless there are major transformations to global society. “We declare clearly and unequivocally that planet Earth is facing a climate emergency,” the manifesto, released earlier this month, states. “To secure a sustainable future, we must change how we live. [This] entails major transformations in the ways our global society functions and interacts with natural ecosystems.”

Is that straightforward enough?

These are not scientists warning about something that will happen — these are scientists rushing out of their labs in their white coats and waving their arms and trying to do what they can to bring us to our senses. “The climate crisis has arrived and is accelerating faster than most scientists expected. It is more severe than anticipated, threatening natural ecosystems and the fate of humanity.” Eleven thousand, by the way, is another way of saying essentially all scientists who study this field — the tiny cadre of deniers shrinks annually, and is not being replenished by young climatologists.

Atmospheric concentrations of carbon dioxide and other greenhouse gases once again reached new highs in 2018.

The World Meteorological Organization (WMO) says the increase in CO2 was just above the average rise recorded over the last decade.

Levels of other warming gases, such as methane and nitrous oxide, have also surged by above average amounts.

Since 1990 there’s been an increase of 43% in the warming effect on the climate of long lived greenhouse gases.

The WMO report looks at concentrations of warming gases in the atmosphere rather than just emissions.

The difference between the two is that emissions refer to the amount of gases that go up into the atmosphere from the use of fossil fuels, such as burning coal for electricity and from deforestation.

Concentrations are what’s left in the air after a complex series of interactions between the atmosphere, the oceans, the forests and the land. About a quarter of all carbon emissions are absorbed by the seas, and a similar amount by land and trees.

Countries will have to increase their carbon-cutting ambitions five fold if the world is to avoid warming by more than 1.5C, the UN says.

The annual emissions gap report shows that even if all current promises are met, the world will warm by more than double that amount by 2100.

Fifteen of the 20 wealthiest nations have no timeline for a net zero target.

Hot on the heels of the World Meteorological Organization’s report on greenhouse gas concentrations, the UN Environment Programme (Unep) has published its regular snapshot of how the world is doing in cutting levels of these pollutants.

The emissions gap report looks at the difference between how much carbon needs to be cut to avoid dangerous warming – and where we are likely to end up with the promises that countries have currently committed to, in the Paris climate agreement.

The UN assessment is fairly blunt. “The summary findings are bleak,” it says. “Countries collectively failed to stop the growth in global greenhouse gas emissions, meaning that deeper and faster cuts are now required.”