Scientists predict climate change will displace more than 180 million people by 2100 — a crisis of “climate migration” the world isn’t ready for, says disaster recovery lawyer and Louisiana native Colette Pichon Battle. In this passionate, lyrical talk, she urges us to radically restructure the economic and social systems that are driving climate migration — and caused it in the first place — and shares how we can cultivate collective resilience, better prepare before disaster strikes and advance human rights for all.

The TED Talks channel features the best talks and performances from the TED Conference, where the world’s leading thinkers and doers give the talk of their lives in 18 minutes (or less). Look for talks on Technology, Entertainment and Design — plus science, business, global issues, the arts and more. You’re welcome to link to or embed these videos, forward them to others and share these ideas with people you know.

▶ Flash floods and landslides have killed at least nine people and forced thousands into temporary shelters on Indonesia’s Sumatra island, the local disaster agency said Thursday, January 30. Torrential rain in North Sumatra this week sparked the disaster, with most victims drowning or hit by logs swept away in the current, Rampant illegal logging in the area may have contributed to the disaster by loosening the soil and making it susceptible to landslides.

The Brazilian state of Minas Gerais was battered by heavy rains and flooding over the weekend. So far, at least 54 people are dead and thousands were forces to leave their homes. CGTN’s Paulo Cabral had a look at the after math earlier in the week.

“Reckoning and Judgment: The Promise of AI,” Talk by Professor Brian Can twell Smith

New developments in Artificial Intelligence, particularly deep learning and other forms of “second-wave” AI, are attracting enormous public attention. Both triumphalists and doomsayers are predicting that human-level AI is “just around the corner.” To assess the situation we need a broad understanding of intelligence in terms of which to assess: (i) what kinds of intelligence machines currently have, and will likely have in the future; and (ii) what kinds people have, and may be capable of in the future. As a first step in this direction, our speaker distinguishes two kinds of intelligence: (i) “reckoning,” the kind of calculative rationality that computers excel at, including both first- and second-wave AI; and (ii) “judgment,” a form of dispassionate, deliberative thought, grounded in ethical commitment and responsible action, that is appropriate to the situation in which it is deployed.

AI will develop world-changing reckoning systems, he argues, but nothing in AI as currently conceived approaches what is required to build a system capable of judgment.

Can the Law Keep Up With Changes In Society?

Advances in medicine help us sustain life for longer – but at what cost and whose choice? This lecture looks at ethical dilemmas faced by courts.

Advances in medicine help us sustain life for longer, but at what cost and at whose choice? Why might the court intervene when a devout Jehovah Witness parent refuses a life-saving blood transfer to their child? Where does religious devotion end and unsafe thought begin? How about cultural and spiritual beliefs that clash with UK ‘norms’? Has the law has kept up with the changing society it regulates?

Southeastern Brazil is in a state of emergency. Flooding has left more than 60 people dead in two states. Around 38,000 are now homeless. 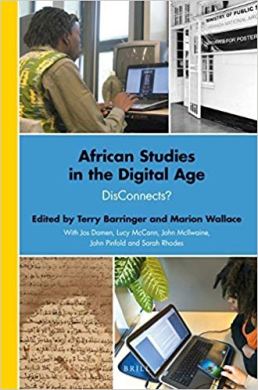 African Studies in the Digital Age. DisConnects? seeks to understand the complex changes brought about by the digital revolution. The editors, Terry Barringer and Marion Wallace, have brought together librarians, archivists, researchers and academics from three continents to analyse the creation and use of digital research resources and archives in and about Africa. The volume reveals new opportunities for research, teaching and access, as well as potential problems and digital divides. Published under the aegis of SCOLMA (the UK Libraries and Archives Group on Africa), this new work is a major step forward in understanding the impact of the Internet Age for the study of Africa, in and beyond the continent.

‘Published to mark the 50th anniversary of SCOLMA (the UK Libraries and Archives Group on Africa), and based on papers presented at its Golden Jubilee conference in Oxford in 2012, this collection of essays seeks to understand the complex changes brought about by the digital revolution, and the impact of the Internet age for the study of Africa, in and beyond the continent’.

‘Many other insightful papers, by librarians, archivists, researchers and academics from three continents, analyse the creation and use of digital research resources and archives in and about Africa, exploring the new opportunities for research, issues of teaching and access, making online resources more equitably available, as well as drawing attention to the potential problems and digital divides’.

‘An essential acquisition for all African studies collections’.

Terry Barringer is a bibliographer who has worked for many years on African and Commonwealth materials. She is editor of SCOLMA’s journal, African Research and Documentation, and has published on missionary periodicals and the British Colonial Service.

Marion Wallace is Africa Curator at the British Library. She holds a PhD in the history of Namibia, on which subject she continues to write and publish. She was Chair of SCOLMA from 2011 to 2014.

John Perkins describes the methods he used to bribe and threaten the heads of state of countries on four continents in order to create a global empire and he reveals how the leaders who did not “play the game” were assassinated or overthrown. He brings us up to date about the way the economic hit man system has spread from developing countries to the US, Europe, and the rest of the world and offers a strategy for turning this around. “Each of us,” he says, “can participate in this exciting revolution. We can transform a system that is consuming itself into extinction into one that is sustainable and regenerative.”

John’s books, including The New Confessions of an Economic Hit Man, have sold over a million copies, spent more than 70 weeks on the New York Times bestseller lists, and are published in more than 30 languages. As Chief Economist at a major consulting firm, his experiences advising the World Bank, UN, IMF, U.S. government, Fortune 500 corporations, and heads of state convinced him to devote his life to facilitating changes in social, political, and economic systems, as well as in general consciousness. He was founder and CEO of a highly successful alternative energy company and is a founder and board member of Dream Change and The Pachamama Alliance, nonprofits dedicated to creating a sustainable, just, peaceful, and thriving world.

John’s courage in writing his books and speaking out against his former bosses exemplifies the courage shown by our Founding Fathers and Mothers when they stood up to the British Empire. Like them, John defied threats and bribes and took action.

In this talk, Dr. K Vasuki, takes us through the impact of human negligence and irresponsibility on the environment. Watch her as she sheds light on her initiative C power 5 which stands for “Change can change climate change” and the steps that we can take to mitigate the impending calamity that awaits us. She reinforces the need to work towards a sustainable and green environment by citing some interesting examples close to home. Dr. K Vasuki is a 2008 batch IAS official from Tamil Nadu and is currently serving as the District Collector of Thiruvananthapuram (at the time of writing). Ahead of assuming office as the district collector, Dr. Vasuki served as the Director of Suchitwa Mission.

In her tenure as the Director of Suchitwa Mission, Dr. Vasuki was noted for her efforts in implementing a green protocol and for her emphasis on eliminating plastic waste and quoting it down as “My waste, My responsibility” which is the first ever waste management protocol launched in the state.

Her obstinate determination and ingenuousness towards her work have won the hearts of millions especially during the recent crisis faced by the state of Kerala in India, where she had the mammoth task of co-ordinating rescue operations, channel supplies and update the public about the situation in the district for the flood victims.

22.9M subscribers
Natural ecosystems are the best technology we have to help cool the planet, but doing so effectively requires an intricate knowledge of the organisms that regulate our climate.

By generating a holistic understanding of Earth’s ecosystems, we transform our ability to understand climate change, and identify the best strategies to address it.

With this in mind, Crowther and his team of 25 researchers are looking at ways to digitally explore the biosphere and reveal the true potential of nature-based solutions in the fight against climate change and biodiversity loss.

Advances in data collection and artificial intelligence are revealing more truths about our environment and the seriousness of climate change. At the same time, it’s also helping to find new solutions that harness the power of nature itself.

Get ready to discover a new approach to Climate Change. Thomas Crowther, professor of Global Ecosystem Ecology at ETH Zurich and founder of the Crowther Lab is different to most environmental scientists.

While most labs in the world focus on one field of research, Crowther firmly believes that to understand the ecological processes that influence climate change, predict its progression with high accuracy, and develop nature-based solutions to address it, we need to take a holistic approach.