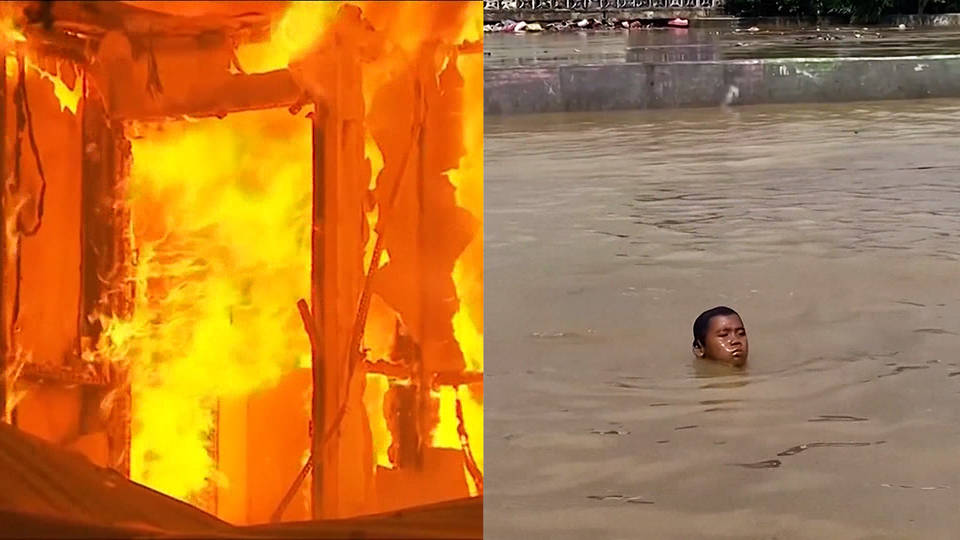 In Australia, the eastern state of New South Wales has declared a week-long state of emergency amid raging climate-fueled wildfires. Thousands of residents and tourists are fleeing the area. In the neighboring state of Victoria, troops are preparing to evacuate thousands more people who are trapped by the fires there. At least 4,000 were forced to flee to the beach to escape the approaching blazes.

The unprecedented fire season in Australia comes as the Indonesian capital of Jakarta was inundated by the worst rainfall in nearly a quarter-century. At least 21 people have died in the flooding, and more than 60,000 were forced to evacuate their homes. Both increasingly powerful wildfires and extreme rainfall have been linked to climate change.

Thousands of tourists have been given less than 48 hours to evacuate fire-ravaged coastal communities as Australia braces for a heatwave Saturday expected to fan deadly bushfires.

Flooding in Indonesia: At least 16 dead, tens of thousands displaced