AGRA Gets Make-Up, Not Make-Over 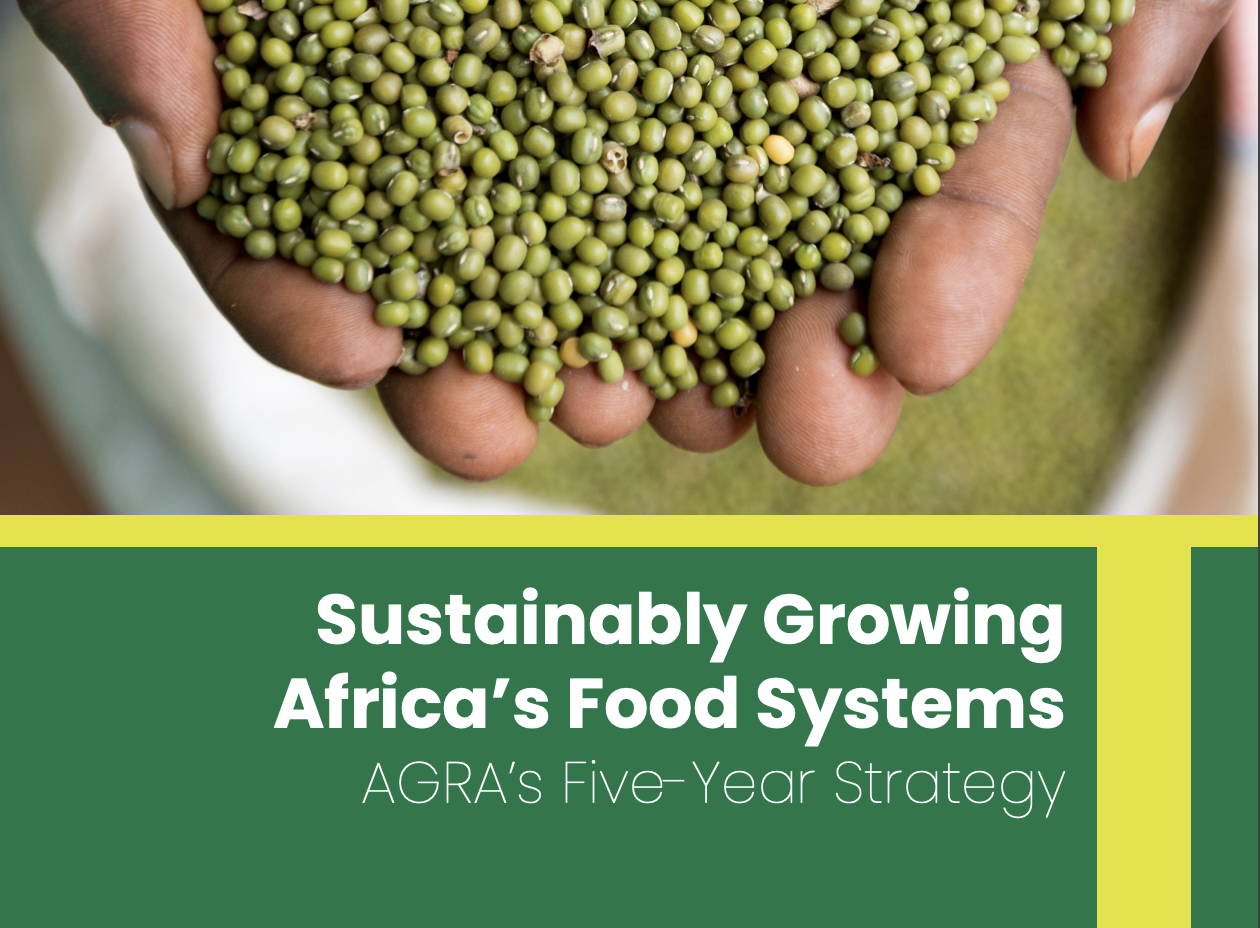 No one will deny that Bill Gates is persistent and determined, but those qualities also make him stubborn, and it makes him sound like a broken record when it comes to his signature Green Revolution for Africa. Despite a damning Gates-funded evaluation that confirmed many of my own findings of low productivity gains, weak poverty reduction, and worsening hunger, the Gates Foundation pledged $200 million to the initiative’s new five-year strategy. It brings the foundation’s contribution to $900 million, the overwhelming majority of funding. Below, I join economist Jomo Kwame Sundaram to analyze AGRA’s stubborn commitment to its failing strategies and Gates’ stubborn faith that his technological solutions aren’t themselves causing problems.

Gates was in Nairobi recently for a staged Q&A event on agricultural innovation at the University of Nairobi. Civil society leader Anne Maina greeted him with her op-ed piece, “10 questions for Bill Gates on innovation, food security and climate change.” Needless to say, they remain unanswered. But he used his trip to defend the Kenyan government’s controversial decision to import genetically modified corn, offering a dissying spate of untruths, implying that all the corn and wheat he’s ever eaten is GM corn, and it’s safe because it’s been around for “billions of years.” (I’m not making that up, see the video clip here.) And don’t miss Russell Brand’s impressive send-up of Gates and AGRA based on a sign-on letter to Gates from some of our allies.

AGRA Gets Make-Up, Not Make-Over

BOSTON and KUALA LUMPUR, Nov 29 2022 (IPS) – Despite its dismal record, the Gates Foundation-sponsored Alliance for a Green Revolution in Africa (AGRA) announced a new five-year strategy in September after rebranding itself by dropping ‘Green Revolution’ from its name.

Rebranding, not reform
Instead of learning from experience and changing its approach accordingly, AGRA’s new strategy promises more of the same. Ignoring evidence, criticisms and civil society pleas and demands, the Gates Foundation has committed another $200 million to its new five-year plan, bringing its total contribution to around $900 million.

More than two-thirds of AGRA’s funding has come from Gates, with African governments providing much more – as much as a billion dollars yearly – in subsidies for Green Revolution seeds and fertilizers.

Stung by criticism of its poor results, AGRA delayed announcing its new strategy by a year, while its chief executive shepherded the controversial UN Food Systems Summit of 2021. Following this, AGRA has been using more UN Sustainable Development Goals rhetoric.

Hence, AGRA’s new slogan – ‘Sustainably Growing Africa’s Food Systems’. Likewise, the new plan claims to “lay the foundation for a sustainable food systems-led inclusive agricultural transformation”. But beyond such lip service, there is little evidence of any meaningful commitment to sustainable agriculture in the $550 million plan for 2023–27.

Despite heavy government subsidies, AGRA promotion of commercial seeds and fertilizers for just a few cereal crops failed to significantly increase productivity, incomes or even food security. But instead of addressing past shortcomings, the new plan still relies heavily on more of the same despite its failure to “catalyze” a productivity revolution among African farmers.

The supposedly new strategy dashes any hopes that AGRA or the Gates Foundation would acknowledge the harmful social and environmental effects of Green Revolutions in India, Africa and elsewhere. AGRA offered no explanation for why it dropped ‘Green Revolution’ from its name.

The name change suggests the 16-year-old AGRA wants to dissociate itself from past failures, but without acknowledging its own flawed approach. Recently, much higher fertilizer prices – following sanctions against Russia and Belarus after the Ukraine invasion – have worsened the lot of farmers relying on AGRA recommended inputs.

It is time to change course, with policies promoting ecological farming by reducing reliance on synthetic fertilizers as appropriate. But despite its new slogan, AGRA’s new strategy intends otherwise.

Last month, the Alliance for Food Sovereignty in Africa rejected the strategy and name change as “cosmetic”, “an admission of failure” of the Green Revolution project, and “a cynical distraction” from the urgent need to change course.

Productivity gains and losses
Despite spending well over a billion dollars, AGRA’s productivity gains have been modest, and only for a few more heavily subsidized crops such as maize and rice. And from 2015 to 2020, cereal yields have not risen at all.

Meanwhile, traditional food crop production has declined under AGRA, with millet falling over a fifth. Yields actually also fell for cassava, groundnuts and root crops such as sweet potato. Across a basket of staple crops, yields rose only 18% in 12 years.

Farmer incomes have not risen, especially after increased production costs are taken into account. As for halving hunger, which Gates and AGRA originally promised, the number of ‘severely undernourished’ people in AGRA’s 13 focus countries increased by 31%!

A donor-commissioned evaluation confirmed many adverse farmer outcomes. It found the minority of farmers who benefited were mainly better-off men, not smallholder women the programme was ostensibly meant for.

That did not deter the Gates Foundation from committing more to AGRA despite its dismal track record, failed strategy, and poor monitoring to track progress. Judging by the new five-year plan, we can expect even less accountability.

The new plan does not even set measurable goals for yields, incomes or food security. As the saying goes, what you don’t measure you don’t value. Apparently, AGRA does not value agricultural productivity, even though it is still at the core of the organization’s strategy.

Last month, the Rockefeller Foundation, AGRA’s other founding donor and a leader of the first Green Revolution from the 1950s, announced a reduction in its grant to AGRA and a decisive step back from the Green Revolution approach.

Its grant to AGRA supports school feeding initiatives and “alternatives to fossil-fuel derived fertilisers and pesticides through the promotion of regenerative agricultural practices such as cultivation of nitrogen-fixing beans”.

Business in charge
AGRA’s new strategy is built on a series of “business lines”, e.g., the “sustainable farming business line” will coordinate with the “Seed Systems business line” to sell inputs. Private Village Based Advisors are meant to provide training and planting advice in this privatized, commercial reincarnation of the government or quasi-government extension services of an earlier era.

China lost a fifth of its 2007-08 paddy harvest to the pest, triggering a price spike in the thinly traded world rice market. Seeking help from the International Rice Research Institute, located in the Philippines, a Chinese delegation found its Entomology Department had lost most of its former capacity due to under-funding.

Earlier international agricultural research collaboration associated with the first Green Revolution – especially in wheat, maize and rice – seems to have collapsed, surrendering to corporate and philanthropic interests. This bitter experience encouraged China to step up its agronomic research efforts with a greater agro-ecological emphasis.

AGRA is not strengthening resilience by promoting agroecology or reducing farmer reliance on costly inputs such as fossil fuel fertilizers and other, often toxic, agrochemicals. Despite many proven African agroecological initiatives, support for them remains modest.

The new strategy stresses irrigation, key to most other Green Revolutions, but conspicuously absent from Africa’s Green Revolution. But the plan is deafeningly silent on how fiscally strapped governments are to provide such crucial infrastructure, especially in the face of growing water, fiscal and debt stress, worsened by global warming.

It is often said stupidity is doing the same thing over and over again, expecting different results. Perhaps this is due to the technophile conceit that some favoured innovation is superior to everything else, including scientific knowledge, processes and agro-ecological solutions.