Regan Morris “the danger is wildfires”

Western US states are baking under an extended heat wave, with temperatures threatening to break the all-time high recorded on Earth.

The heat wave is expected to last through the weekend.

Cities in the region are opening cooling centres and officials fear the heat could delay air travel.

Most large aircraft can operate in temperatures up to 52C, but temperatures as low as 47C could affect liftoff conditions.

A US Airways spokesman said the airline would be monitoring temperatures in Phoenix “very closely”. 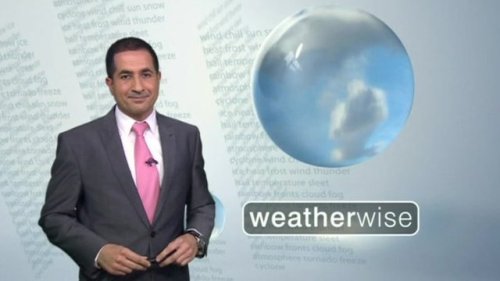 The National Weather Service has issued a heat warning for several parts of the region, including Las Vegas, until Monday morning. Parts of five states including Colorado and Utah will see temperatures higher than 37C over the weekend.

“We’ll be at or above record levels in the Phoenix area and throughout a lot of the south-western United States,” meteorologist Mark O’Malley said.

Temperatures in Death Valley in the California desert are forecasted to reach 53C. The hottest air temperature ever recorded on Earth, 57C, was marked there almost 100 years ago on 10 July 1913.

Weather officials say the extreme weather is caused by a high pressure system stuck over the area. ….(read more).

Forest fires set off by farmers in Indonesia have created record-setting pollution in Singapore and Malaysia, creating a tense series of finger-pointing between the three countries. As officials work to clear the haze, frustrated citizens are taking to social media.

Is Obama’s Trip to Africa about Investment or the Extraction of African Resources?

Emira Woods: Obama administration needs a new approach to trade and investment and should move away from policies that favor the extraction of African resources and the militarization of the continent

The Reagan Revolution is an Utter Failure

Nearly three decades later – and America is still paying the price for the failed policies and agenda of Ronald Reagan. Isn’t it time we closed the book on the Reagan Revolution – and finally admit that it was a complete and utter failure?

Geeky Science! How the Ocean Breathes

Scientists have long known that oxygen circulates through our oceans – and that it allows our oceans to “breathe” as levels of the gas dip up and down. But now – scientists have discovered that deep sea creatures that come to the surface of the ocean at night to feed have a major impact on the levels of oxygen in the ocean. Since there is little to no food at the bottom of the ocean – deep sea creatures rise to the surface at night to feed. The then head back to the deep depths of the ocean – and according to scientists – it is through this process that the creatures consume large amounts of oxygen from what is commonly referred to as the “oxygen minimum zone.” But wait there’s more….about climate change and our ocean’s breathing.

Heat wave bears down on western U.S., making for brutal weekend Today could be one of the hottest days ever recorded on Earth, as the western U.S. falls into the grips of a dangerous heat wave.

Already suffering from widespread drought and wildfires, the Western U.S. could face a record heat wave

A brutal and potentially historic heat wave is in store for the West as parts of Nevada, Arizona and California may get dangerously hot temperatures this weekend and into next week. In fact, by the end of the heat wave, we may see a record tied or broken for the hottest temperature ever recorded on Earth.
The furnace-like heat is coming courtesy of a “stuck” weather pattern that is setting up across the U.S. and Canada. By early next week, the jet stream — a fast-moving river of air at airliner altitudes that is responsible for steering weather systems — will form the shape of a massive, slithering snake with what meteorologists refer to as a deep “ridge” across the Western states, and an equally deep trough seting up across the Central and Eastern states.
All-time records are likely to be threatened in normally hot places — including Death Valley, Calif., which holds the record for the highest reliably recorded air temperature on earth at 134°F … set on July 10, 1913.
… Heat waves are one of the most well-understood consequences of manmade global warming, since as global average surface temperatures increase, the probability of extreme heat events increases by a greater amount.
One study, published in the Proceedings of the American Academy of Sciences in 2012, found that the odds of extremely hot summers have significantly increased in tandem with global temperatures. Those odds, the study found, were about 1-in-300 during the 1951-1980 timeframe, but that had increased to nearly 1-in-10 by 1981-2010. http://www.climatecentral.org/news/he…

Richard Dawkins coined the word ‘meme’ to mean a unit akin to a self-replicating gene which transmits cultural ideas. But even he could not predict its influence when he wrote his seminal work The Selfish Gene in 1976. Now, the concept is well established in marketing, as he tells the Guardian’s John Plunkett at the Cannes Lions International Festival of Creativity.

StormView™ is a software program that gauges how residents of hurricane-prone regions might react in the event of an imminent storm. It was developed by University of Miami professor Kenny Broad and a number of collaborators, and supported with funding from the National Science Foundation (NSF) and the National Oceanic and Atmospheric Administration (NOAA).

The program is designed to be as realistic as possible in order to accurately assess how people would prepare for storms and respond to warnings. It includes TV meteorologist broadcasts, newspaper stories, web stories, bulletins from NOAA and even interactions with neighbors.

One of Broad’s collaborators, Bob Meyer, a marketing professor at the University of Pennsylvania, describes how the idea developed in 2007. “I suggested doing a simulator for hurricanes like those used in the private sector to predict responses to new-to-the-world products (called “information acceleration”), where you watch hypothetical TV ads, talk to neighbors, etc..,” recalls Meyer, who specializes in risk management & decision making at the Wharton School of Business.

“One natural point of skepticism is the worry that the way people behave in the lab may not be how they react during real storms, so we started conducting real-time surveys of people as hurricanes were approaching the coast, and found that behavior in StormView™ really does mirror real world behavior, meaning heavy reliance on TV, surprisingly limited use of friends as a source of storm advice, etc…” explains Meyer.

Meyer and Broad developed the program with the help of a third collaborator, Ben Orlove, an anthropologist in Columbia University’s Center for Research in Environmental Decisions, where Meyer and Broad are also affiliated.

“It is well-known that Americans are saturated with visual information in the media,” notes Orlove. “Since media images are everywhere, it is hard to sort out their impact on warnings for potentially deadly storms, such as hurricanes.”

“For example, if one image is shown for one storm and a different image is shown for another storm, you can’t tell whether responses vary because of the images, the storm, or something else going on at the time. But, with our simulator, we can randomly assign people to one image or another, and we can then assess the true impact of each image. In fact, we were surprised by what we found, and were able to make better recommendations for images that would truly resonate with people and get their attention,” explains Orlove.

“Despite the good intentions of meteorologists, many citizens misunderstand warning messages,” says Robert O’Connor, program director for decision, risk and management sciences within the NSF’s Directorate for Social, Behavioral and Economic Sciences. “The StormView™ simulation provides a way for social scientists to collaborate with meteorologists to tailor more effective messages. When citizens understand the threat, they are more likely to take steps to reduce risks to themselves, their families, and their communities.”

Uttarakhand Floods: What Caused the Disaster?

As rescue operations continue in Uttarakhand, Newsclick discusses with D. Raghunandan, President of All India People’s Science Network, the reasons behind the huge scale of disaster in the Himalayan state. Raghunandan says that the increased number of habitations and multi-storied buildings on the river bank were “disasters waiting to happen.” Rescue measures are being carried out in big townships to evacuate pilgrims, while villages have been completely neglected. Raghunandan points out that the disaster we are seeing in Uttarakhand is not as much because of extreme weather conditions as because of absence of disaster preparedness, poor civil administration, and an unplanned infrastructure.

Why The Weather Is So Screwed Up In April 2013

Britain and Ireland have experienced the coldest March in over 100 years, with snowdrifts the likes of which have never been seen, and all the mainstrem media can attribute it to is Climate Change. Geoeengineering/Weather Manipulation/Chemtrailing is a very well documented Global Programme and Governments from England to America have written lengthy scientific feasability studies and regulation reports outlining how to best manage Global Weather to fight ‘Climate Change’. Mad scientists funded by the banking elite are playing God with our world like its their little toy and this is precisely the reason why the global climate has gone haywire. We must each individually research the verifiable facts and face up to this diabolical reality and take action or its over. For Information on how to take action to stop Geoengineering Visit: http://www.uk-skywatch.co.uk