Qin Gang is carrying on a 33-year-old tradition by making Africa the first official visit of the new year for China’s foreign minister. Qin took office just two weeks ago and is new to African affairs, so this week’s five-nation tour is more about him and his hosts getting to know one another than engaging in substantive policy discussions.

But the tour comes at a critical juncture for China’s engagement on the continent. Chinese lending to African countries is down, great power competition is up and there’s a new foreign policy team in Beijing that appears more focused on the U.S. and Europe than Global South regions including Africa.

Hannah Ryder, CEO of the development consultancy Development Reimagined, isn’t worried. She joins Eric & Cobus this week to explain why she’s optimistic about this year’s prospects for Chinese engagement in Africa.

Chapters 0:00 Ads then Intro to the episode 2:22 Qin Gang Africa Visit 6:08 Introducing today’s guest Hannah Ryder 7:49 What is the significance of Qin Gang visit to Africa? 10:58 Debt restructuring talks in 2023 14:26 Where does Africa get debt if China reduces the lending? 17:14 What is debt sustainable threshold? 22:22 How will the borrowers club work? 26:59 Update on China-Africa trade engagements 30:42 China-Africa trade imbalance 35:18 How does Africa start doing manufacturing? 38:17 New actors in China-Africa relations 44:26 Africa capacity in working with China 50:07 A recap of the conversation

JOIN US ON PATREON! Become a CAP Patreon member and get all sorts of cool stuff, including our Week in Review report, an invitation to join monthly Zoom calls with Eric & Cobus, and even an awesome new CAP Podcast mug!

Why is Crawford Lake in Milton, Ont., a proposed location to represent the Anthropocene Epoch? Then, John Stackhouse discusses a new report, “The Next Green Revolution,” on how Canada can produce more food and fewer emissions and be a good environmental steward.

We go to Kabul to speak with Jan Egeland of the Norwegian Refugee Council about the deteriorating security situation in Afghanistan, where at least five people died Wednesday in a suicide bombing near the Foreign Ministry. The Islamic State claimed responsibility for the attack. Meanwhile, pressure is growing on the ruling Taliban to reverse bans on women attending university or working with nongovernmental organizations. In recent weeks a number of major international aid agencies, including the Norwegian Refugee Council, have suspended operations in Afghanistan due to the ban, potentially worsening the humanitarian crisis in the country, where the United Nations estimates more than 28 million Afghans, or over 70% of the population, require humanitarian assistance. “We need to help the same 28 million people in need that the NATO countries left behind,” says Egeland, who recently met with Taliban leaders to urge them to lift restrictions on women’s rights.

CGTN’s Phillip Yin is joined by Jeff Masters, a writer on Extreme Weather and Climate Change for Yale Climate Connections. He talks about the rising costs of the record-setting rain storms in California and how local economies will have a tough time recovering.

Here’s How Rep. Santos Conned His Way Into Congress

Here’s what you need to know about GOP Rep. George Santos and the alleged web of lies he crafted to con his way into Congress.

Watch CGTN LIVE on your computer, tablet or mobile

As Historic Storms & Flooding Kill 19 in California, Why Is Media Ignoring Role of Climate Change?

In California, at least 19 people have died as storms continue to batter the region, leading to widespread flooding, mudslides and power outages. The National Weather Service says large portions of Central California have received over half their annual normal precipitation in just the past two weeks — and more rain is coming. The National Oceanic and Atmospheric Administration says 34 million Californians are under a flood watch. Despite the devastating impacts, few media outlets have drawn a connection between the historic weather and human-induced climate change. For more on the climate emergency, we are joined by Daniel Swain, climate scientist at UCLA, fellow at the National Center for Atmospheric Research and author of California weather blog Weather West.

The temperature average for 2022 is out! It “effectively tied for Earth’s 5th warmest year since 1880,” according to NASA’s Goddard Space Flight Center.

SMART TAKE: A Look Back at the Summit of North American Leaders in Mexico City

Canadian Association for the Club of Rome Jan 11, 2023

Our speaker today is Dr. Brian Czech, executive director of the Center for the Advancement of the Steady State Economy. From 1999-2017, he served in the headquarters of the US Fish & Wildlife Service. During most of that time (2001-2015), he was also a visiting professor at Virginia Tech. He has written three books, including Supply Shock: Economic Growth at the Crossroads and the Steady State Solution. He is a regular contributor at the Steady State Herald.

Countries with widespread poverty should be encouraged & assisted to develop in peace & security, free of the forced debt & environmental destruction of corporate exploitation. In other words, moving away from unsustainable, destructive growth will require a tremendous level of “steady statesmanship” in international diplomacy—the greatest challenge of the 21st century. 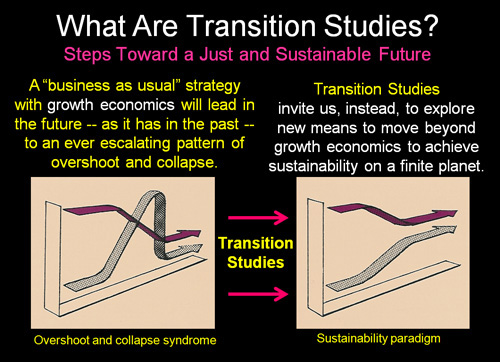