http://www.scaruffi.com/politics/slav… 1117: Slavery abolished in Iceland. 1214: The Statute of the Town of Korčula (today in Croatia) abolishes slavery. 1335: Sweden (including Finland at the time) makes slavery illegal. In 1807 Britain outlawed slavery. In 1820 the king of the African kingdom of Ashanti inquired why the Christians did not want to trade slaves with him anymore, since they worshipped the same god as the Muslims and the Muslims were continuing the trade like before.

What these records show is that the modern slave trade flourished in the early middle ages, as early as 869, especially between Muslim traders and western African kingdoms. For moralists, the most important aspect of that trade should be that Muslims were selling goods to the African kingdoms and the African kingdoms were paying with their own people. In most instances, no violence was necessary to obtain those slaves. Contrary to legends and novels and Hollywood movies, the white traders did not need to savagely kill entire tribes in order to exact their tribute in slaves. All they needed to do is bring goods that appealed to the kings of those tribes. The kings would gladly sell their own subjects. (Of course, this neither condones the white traders who bought the slaves nor deny that many white traders still committed atrocities to maximize their business). This explains why slavery became “black”. Ancient slavery, e.g. under the Roman empire, would not discriminate: slaves were both white and black (so were Emperors and Popes). In the middle ages, all European countries outlawed slavery (of course, Western powers retained countless “civilized” ways to enslave their citizens, but that’s another story), whereas the African kingdoms happily continued in their trade. Therefore, only colored people could be slaves, and that is how the stereotype for African-American slavery was born. It was not based on an ancestral hatred of blacks by whites, but simply on the fact that blacks were the only ones selling slaves, and they were selling people of their own race. (To be precise, Christians were also selling Muslim slaves captured in war, and Muslims were selling Christian slaves captured in war, but neither the Christians of Europe nor the Muslims of Africa and the Middle East were selling their own people).
Then the Muslim trade of African slaves declined rapidly when Arab domination was reduced by the emerging European powers. (Note: Arabs continued to capture and sell slaves, but mostly in the Mediterranean. In fact, Robert Davis estimates that 1.25 million European Christians were enslaved by the “Barbary States” of northern Africa. As late as 1801 the USA bombed Morocco, Algiers, Tunis and Tripoli precisely to stop that Arab slave trade of Christians. The rate of mortality of those Christian slaves in the Islamic world was roughly the same as the mortality rate in the Atlantic slave trade of the same period.)
Christians took over in black Africa, though. The first ones were the Portuguese, who, applying an idea that originally developed in Italian seatrading cities, and often using Italian venture capital, started exploiting sub-Saharan slaves in the 1440s to support the economy of the sugar plantations (mainly for their own African colonies of Sao Tome and Madeira). The Dutch were the first, apparently, to import black slaves into North America, but black slaves had already been employed all over the world, including South and Central America. We tend to focus on what happened in North America because the United States would eventually fight a war over slavery (and it’s in the U.S. that large sectors of the population would start condemning slavery, contrary to the indifference that Muslims and most Europeans showed for it). Even after Europeans began transporting black slaves to America, most trade was just that: “trade”. In most instances, the Europeans did not need to use any force to get those slaves. The slaves were “sold” more or less legally by their (black) owners. Scholars estimate that about 12,000,000 Africans were sold by Africans to Europeans (most of them before 1776, when the USA wasn’t yet born) and 17,000,000 were sold to Arabs. The legends of European mercenaries capturing free people in the jungle are mostly just that: legends. A few mercenaries certainly stormed peaceful tribes and committed terrible crimes, but that was not the norm. There was no need to risk their lives, so most of them didn’t: they simply purchased people.
As an African-American scholar (Nathan Huggins) has written, the “identity” of black Africans is largely a white invention: sub-Saharan Africans never felt like they were one people, they felt (and still feel) that they belonged to different tribes. The distinctions of tribe were far stronger than the distinctions of race.

How exactly does Tovala work? We deliver real, fresh ingredients. You do a few seconds of prep. The Tovala Smart Oven steams, bakes, and broils everything to perfection. Get started at https://www.tovala.com/.

Tovala Review: Is This $300 Smart Oven Worth the Cost?

Tovala is a smart oven and meal service. Today I’m testing it out to see how it works and if it’s worth the $300 price tag. 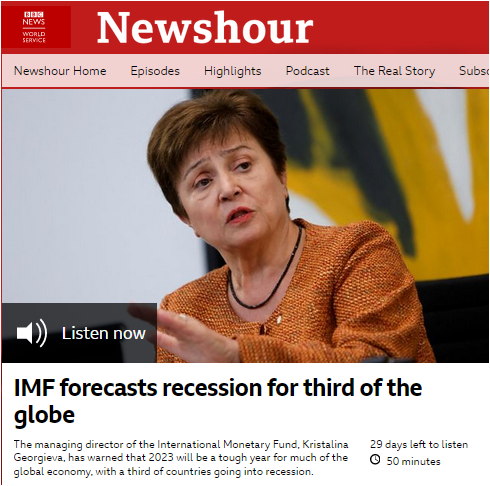 The managing director of the International Monetary Fund, Kristalina Georgieva, has warned that 2023 will be a tough year for much of the global economy, with a third of countries going into recession.

Dan Nall is a professional engineer, a registered architect, an ASHRAE and an AIA Fellow, a LEED Fellow, an ASHRAE Certified Building Energy Modeling Professional, a certified High Performance Building Design Professional and a Certified Passive House Consultant. He is currently a member of the ASHRAE Task Force for Building Decarbonization, is Chair of ASHRAE Standards Project Committee 227P, the Passive Building Design Standard, and is a member of the Commercial Buildings Working Group of the New York City Local Law 97 (Building Carbon Emissions Limitation) Advisory Group. He has been involved in building energy efficiency and HVAC engineering for 45 years. Recorded on 01/21/2022. [Show ID: 38478]

Science and technology continue to change our lives. University of California scientists are tackling the important questions like climate change, evolution, oceanography, neuroscience and the potential of stem cells.

‘I’m Glad I Did That’: MI State Senator On Her Viral Confrontation With GOP Colleague

After being falsely accused by name in a campaign email that she was a groomer, Michigan State Senator Mallory McMorrow went viral for standing up to her colleague in a fiery speech in the Senate chamber. McMorrow joins Ali Velshi live in Michigan to explain why it was absolutely necessary to shut down the lies and take a more direct approach ahead of midterms.

‘She made a big turn’ Nicholas Confessore on the evolution of Rep. Elise Stefanik

An ‘atmospheric river’ storm caused deadly flooding and triggered mudslides in parts of California, with at least one person reported dead. San Francisco was hit by its second wettest day on record, with rainfall reaching 5.46in (13.87cm) in the downtown area Flood warnings in northern California after powerful New Year’s storm