[Fellow librarians at Yale wrote this brief tribute to Moore:]

With great [we] write to our colleagues to announce the passing of J. Moore Crossey on Tuesday, 24 May, in New Haven.

Many of you will remember that Moore served as librarian for the Yale African Collection from 1963-1998; during this time he authored the Guide to Library Resources for the Study of Southern Africa (New Haven: Yale U. Library, 1977) and the “Directory of Current Research on Southern Africa” (in Issue: A Journal of Opinion, vol. 9, no. 1-2 (1979), pp. 66-72; DOI: https://doi.org/10.2307/1166945). While at Yale he was also an active committee participant in CRL’s Cooperative Africana Microform Project (CAMP). In this brief memoir (from the Autodidact website), Moore commented on his time in Ibadan as an exchange librarian in 1966, during which he acquired a collection of Onitsha Market literature that now enriches Yale’s Africana holdings.

Moore was born in Belfast, Northern Ireland, in 1932, and as a youth worked in the Belfast Public Library. Shortly after obtaining his B.A. from the University of London in 1956, he came to the United States, where he worked first as cataloger & then as bibliographer in the African Department of Northwestern University Library in Evanston, Illinois, from 1959-1963.

As an Africana studies librarian, Moore’s contributions to building library collections in this area, and to supporting the profession overall, were many, and well-remembered in the years after his retirement from Yale.    [He is remembered by fellow librarians particularly for] his cheerful and generous assistance via e-mail and [for his] congenial conversations and dinners with him when they explored New Haven [together.]

Generations of students who were introduced to and assisted in their research in African and African Diaspora studies remember Moore Crossey for his kindness of heart and generosity of spirit through his enduring support of their work.  His devotion to assist the faculty from all departments in their research was pivotal for the work of Yale’s early Africanists and African American scholars including Professors Robert Ferris Thompson, Robin Winks, Prosser Gifford, Wm. Roger Louis, Sylvia Boone, Sidney Mintz, David Robinson, Leonard Thompson, William Foltz and many others.  Since he began at Yale in 1963 until he retired in 1998, Moore Crossey helped for 35 years to establish both African and African American studies as fields of significant academic research and teaching at Yale.

Beyond Yale through his work on the Africana Librarians Council (ALC) of the African Studies Association, Moore Crossey assisted in the creation and support of African studies programs throughout the United States, assisting and inspiring successor generations of professional Africana librarians including, Jim Armstrong, Joseph Lauer and Dorothy Woodson.   His thoughtful suggestions and kind guidance to students, faculty and fellow librarians extended for decades after his formal retirement as Yale’s Africana librarian in 1998.

Around 50 million lived in ‘modern slavery’ in 2021; forced marriages up in countr ies like Afghanistan

Disclaimer : Copyright Disclaimer under section 107 of the Copyright Act 1976, allowance is made for “fair use” for purposes such as criticism, comment, news reporting, teaching, scholarship, education and research.

Fair use is a use permitted by copyright statute that might otherwise be infringing.
Non-profit, educational or personal use tips the balance in favor of fair use.

Around 50 million people globally were living in “modern slavery” in 2021, according to a report by the UN, which said that the COVID-19 pandemic has led to an increased risk of forced marriages in countries like Afghanistan, Bangladesh, India and Egypt. ‘The Global Estimates Of Modern Slavery’, a report published by the International Labour Organisation (ILO), International Organisation for Migration (IOM) and international human rights group Walk Free, said 50 million people were living in modern slavery in 2021. Of these, 28 million were in forced labour and 22 million trapped in forced marriage.

“Forced marriages take place in every region in the world. Nearly two-thirds of all forced marriages, an estimated 14.2 million people, are in Asia and the Pacific. This is followed by 14.5 per cent in Africa (3.2 million) and 10.4 per cent in Europe and Central Asia (2.3 million),” the report released on Monday said. It noted that when regional population is accounted for, the Arab States is the region with the highest prevalence at 4.8 per thousand people, followed by Asia and the Pacific at 3.3 per thousand.

The Americas has the lowest prevalence of forced marriage at 1.5 per thousand people.

“COVID-19 has led to increased risk of forced marriage in every region. The collection of official statistics, including civil registration systems, was interrupted during the pandemic due to mobility restrictions, safety and ethical considerations, delays in response services, or deprioritisation. Where data is available, increases in child and forced marriages have been reported in Afghanistan, Bangladesh, India, Indonesia, Sudan, Egypt, Yemen, Jordan, Senegal, Uganda, and Democratic Republic of the Congo,” it said.

“Modern slavery occurs in almost every country in the world, and cuts across ethnic, cultural and religious lines. More than half (52 per cent) of all forced labour and a quarter of all forced marriages can be found in upper-middle income or high-income countries,” it said. “It is shocking that the situation of modern slavery is not improving. Nothing can justify the persistence of this fundamental abuse of human rights,” said ILO Director-General Guy Ryder.

“We know what needs to be done, and we know it can be done. Effective national policies and regulation are fundamental. But governments cannot do this alone. International standards provide a sound basis, and an all-hands-on-deck approach is needed. Trade unions, employers’ organisations, civil society and ordinary people all have critical roles to play,” Ryder said.
At 86 per cent, most cases of forced labour are found in the private sector, the report said.

Almost one in eight of all those in forced labour are children (3.3 million). More than half of these are in commercial sexual exploitation.
Migrant workers are more than three times more likely to be in forced labour than non-migrant adult work… 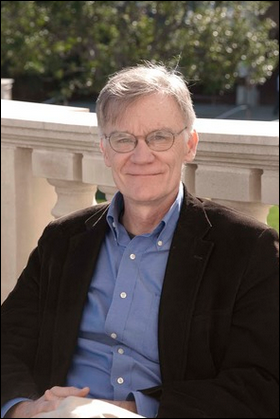 David W. Blight is a teacher, scholar and public historian. At Yale University he is Sterling Professor of History, joining that faculty in January, 2003. As of June, 2004, he is Director, succeeding David Brion Davis, of the Gilder Lehrman Center for the Study of Slavery, Resistance, and Abolition. In his capacity as director of the Gilder Lehrman Center at Yale, Blight organizes conferences, working groups, lectures, the administering of the annual Frederick Douglass Book Prize, and many public outreach programs regarding the history of slavery and its abolition. He previously taught at Amherst College for thirteen years.

In 2013-14 he was the William Pitt Professor of American History at Cambridge University, UK, and in 2010-11, Blight was the Rogers Distinguished Fellow in 19th-Century American History at the Huntington Library, San Marino, CA. During the 2006-07 academic year he was a fellow at the Dorothy and Lewis B. Cullman Center for Writers and Scholars, New York Public Library. In October of 2018, Simon and Schuster published his new biography of Frederick Douglass, entitled, Frederick Douglass: Prophet of Freedom, which garnered nine book awards, including the Pulitzer Prize, the Francis Parkman Prize, the Bancroft Prize, and the Gilder Lehrman Lincoln Prize.

The Douglass book has been optioned by Higher Ground Productions and Netflix for a projected feature film. Blight works in many capacities in the world of public history, including on boards of museums and historical societies, and as a member of a small team of advisors to the 9/11 Memorial and Museum team of curators. For that institution he wrote the recently published essay, “Will It Rise: September 11 in American Memory.” In 2012, Blight was elected to the American Academy of Arts and Sciences and delivered an induction address, “The Pleasure and Pain of History.” In 2018, Blight was appointed by the Georgia Historical Society as a Vincent J. Dooley Distinguished Teaching Fellow, which recognizes national leaders in the field of history as both writers and educators whose research has enhanced or changed the way the public understands the past.