Trump: One step closer to being prosecuted? | DW News

Former US President Donald Trump said on Monday the FBI conducted a surprise “raid” at his Mar-a-Lago estate in Florida. “After working and cooperating with the relevant Government agencies, this unannounced raid on my home was not necessary or appropriate,” Trump said in a statement. Trump also said that FBI agents had forced open a safe as part of the search. In recent months, Trump has been giving strong hints over another bid for president in 2024. Meanwhile, the US Justice Department has been investigating allegations that classified records were taken to Mar-a-Lago after his presidency ended early last year.

There were tears of joy among Democrats in the US Senate as the landmark bill to tackle climate change was finally passed. After more than a year of intense wrangling, the sweeping reforms are being seen as a major victory for President Biden. The bill will now be sent to the Democratic-controlled House where it could pass as soon as this week. Its authors say it will reduce US carbon emissions by 40% by 2030.

This Is Not a Climate Solution: Indigenous Land Defender Warns Senate Bill Will Aid Fossil Fuels

We look at ​​the Democrats’ sweeping $739 billion bill just passed by the Senate in part to address the climate crisis. Democrats in the Senate passed the Inflation Reduction Act on Sunday with votes from West Virginia’s Joe Manchin and Arizona’s Kyrsten Sinema, and the House will vote on the package Friday. The reason the bill exists at all is due to Senator Bernie Sanders and grassroots organizing to demand action on climate change, says Robert Weissman, president of Public Citizen. Indigenous lawyer Tara Houska says the bill’s climate provisions cede too much to Big Oil companies in pursuit of renewable energy. “Black and Brown people continue to disparately experience the effects of extractive industry,” she adds. Bishop William Barber, co-chair of the Poor People’s Campaign, says the bill contains too much compromise. “Part of the bill was putting a pipeline that Black and white and Brown and poor people in frontline communities are fighting right now,” he says.

Day One, morning sessions of the annual conference of the Philip Lee Phillips Map Society of the Library of Congress, established in 1995 as an association of collectors, geographers, historians and map enthusiasts, with a shared interest in supporting the programs and activities of the Library’s Geography and Map Division. Speakers (including Mark Monmonier, Stephen Hornsby, James Akerman and Ralph Ehrenberg) presented a sweeping view of the field, as it went from traditional methods of surveying in early years to remote-sensing and computer cartography of more recent years. They also discussed the future of cartography.

Maps and Nautical Charts in the Medieval and Early Modern Ages: Two of a Kind or Different Cartographic Paradigms, Joaquim Gaspar, University of Lisbon 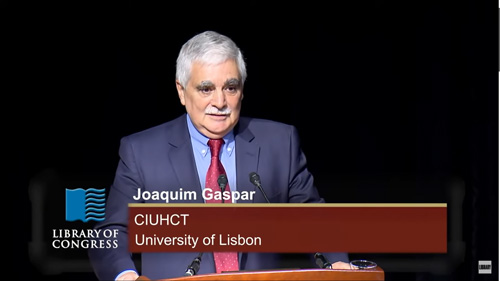 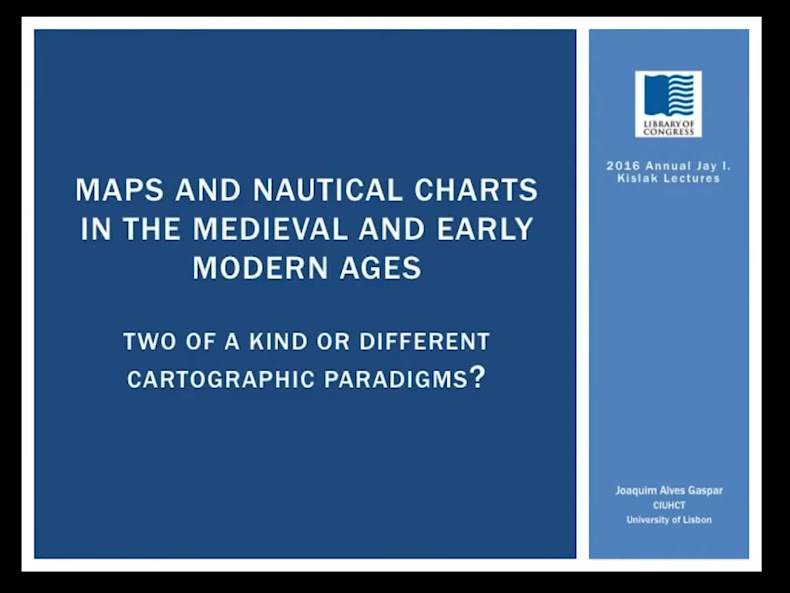 View presentation at the Library of Congress

Second of four sessions of a two-day conference celebrating the 500th anniversary of Martin Waldseemüller’s Carta Marina and focusing on some of the most mysterious maps of the Medieval and Early Modern periods.

Jeffrey David Sachs is an American economist, academic, public policy analyst and former director of The Earth Institute at Columbia University, where he holds the title of University Professor.

A discussion on the representations of sea monsters on medieval and Renaissance maps.

Speaker Biography: Chet Van Duzer, a fellow at the John Carter Brown Library, is an independent scholar focusing on the history of cartography and historical geography, and his articles have appeared in Terrae Incognitae, Imago Mundi, Orbis Terrarum, and Geographical. His monograph on Johann Schoner’s terrestrial globe of 1515 was recently published by the American Philosophical Society, and he has a book about sea monsters on medieval and Renaissance maps.

Scholarly Programs from the Kluge Center 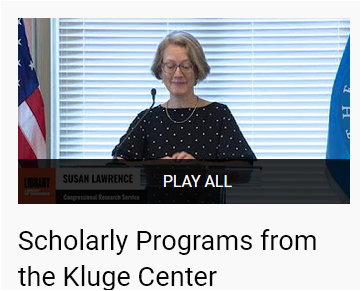 The John W. Kluge Center shares the insights of top scholars in the humanities and social sciences, conducting residential research at the Library of Congress. Learn more at http://www.loc.gov/kluge.