As President Trump is doubling down on unsubstantiated claims of election rigging as election workers continue counting ballots in several states, concern is growing that some Trump supporters may use violence to disrupt the process. Trump’s supporters have protested at ballot-counting locations in Phoenix, Las Vegas, Atlanta, Detroit and Philadelphia, where police arrested two men after receiving a tip that men armed with AR-15s were driving from Virginia to attack the Pennsylvania Convention Center, where votes are still being counted. Meanwhile, Trump’s former campaign manager Steve Bannon called for the beheading of Dr. Anthony Fauci and FBI Director Christopher Wray. “Trump and the extremist Republicans, who constitute a minority of the population and have a minority of the votes, are trying to consolidate their minority rule,” says investigative journalist Allan Nairn. “Things wouldn’t even be close now if you just based the presidency, like most countries do, on who gets the most votes.”

Police stopped an alleged plot by pro-Trump men to attack a vote counting center in Pennsylvania.

Anatomy of a Trump Supporter

What is Trrumpism? Whats inside the head of the average Trump supporter and what will happen to them after Trump loses the 2020 Election? 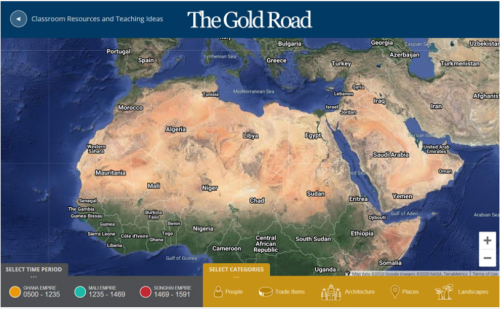 Joe Biden takes the lead in Pennsylvania with more votes to be counted. Steve Kornacki reports. Aired on 11/6/2020.

Steve Kornackis has the latest details from Georgia, specifically looking at the votes coming from Clayton County in the Atlanta Metro area and Gwinnett County. Aired on 11/6/2020.

In Indonesia, this project is teaching people how to farm shrimp without antibiotics, feed or chemicals. This is how farming shrimp can restore coastlines and create jobs.

The World Economic Forum is the International Organization for Public-Private Cooperation. The Forum engages the foremost political, business, cultural and other leaders of society to shape global, regional and industry agendas. We believe that progress happens by bringing together people from all walks of life who have the drive and the influence to make positive change.

NBC News has projected that Joe Biden will win the state of Maine. Biden is leading in Nevada, Georgia and Pennsylvania but still too early to call, NBC’s Ali Velshi reports. Aired on 11/04/2020.

With Trump’s leads getting smaller and smaller in the key states of Georgia and Pennsylvania, Biden urges calm as Trump issued blatantly false attacks on the vote. Steve Kornacki breaks down the latest numbers. Aired on 11/05/2020.

Published on Nov 6, 2020
MSNBC’s Steve Kornacki reports a batch of votes from Georgia early Friday put Joe Biden narrowly ahead of President Donald Trump in the state. Aired on 11/06/2020.