Trump the ‘Bully’: How Childhood & Military School Shaped Him | The Choice 2020 | FRONTLINE

Published on Sep 22, 2020
An excerpt from “The Choice 2020: Trump vs. Biden” examines how Donald Trump’s father and his time at military school shaped him.

“The Choice 2020: Trump vs. Biden,” a two-hour FRONTLINE documentary special, examines how President Donald Trump and former Vice President Joe Biden have each handled moments of crisis throughout their lives and careers — starting with their childhoods.

In an April interview with Bob Woodward, Jared Kushner stated the president was taking the country back from the doctors when it came to the coronavirus. The Morning Joe panel discusses Kushner’s remarks. Aired on 10/29/2020.

Green development plays a key role in China’s latest Five-Year Plan, which was unveiled on Thursday. As part of our series, The Way Forward, we’ll look at China’s strategy for growing in a way that’s good for the economy and for the environment.

A new book says American military operations have been contaminating the Pacific region for decades. What’s the story, and what important questions does it raise?

Cultural Values in the Political Economy and the Case for Multilateralism

Populist uprisings are on the increase as are nationalist rallies in democracies. The rise of extreme ideologies on the left as well as the right of the political spectrum too have been on the upswing. Anger and alienation from the status quo is all too apparent in many parts of the world, but do cultural values affect the political economy of multilateralism and global governance? How can global civil society and states understand and mobilize cultural values that affect issues such as international trade, environmental sustainability, and international cultural flows such as through arts, migration, and education? Join us for a discussion with some of the contributors to the newly released Cultural Values in Political Economy on the need to mobilize multilateral values from a cultural perspective, with a focus on Asian countries and their relationship to the United States.

The state of the climate crisis | Climate Action Tracker

Take action on climate change at http://countdown.ted.com. With the 2015 Paris Climate Agreement, 197 countries agreed to set emission targets that would limit global temperature rise 1.5 degrees Celsius by capping greenhouse emissions at “net-zero” — or absorbing as much carbon as they emit — by 2050. So far, only two countries (Gambia and Morocco) are hitting their targets, while the biggest emitters are falling flat, or ignoring their goals entirely. How can we hold these countries accountable? Enter the Climate Action Tracker. This video was part of the Countdown Global Launch on 10.10.2020. (Watch the full event here: https://youtu.be/5dVcn8NjbwY.) Countdown is TED’s global initiative to accelerate solutions to the climate crisis. The goal: to build a better future by cutting greenhouse gas emissions in half by 2030, in the race to a zero-carbon world.

Cuban Slavery and the Atlantic World 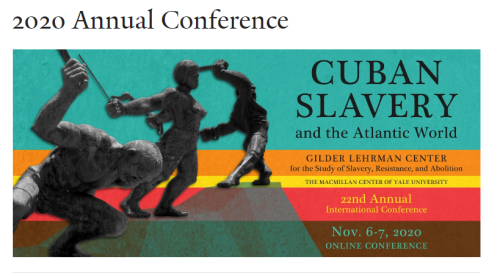 Sponsored by the Gilder Lehrman Center for the Study of Slavery, Resistance, and Abolition at the MacMillan Center at Yale University. Organized in consultation with Manuel Barcia (University of Leeds); Adriana Chira (Emory University); Anne Eller (Yale University)

The Gilder Lehrman Center’s 22nd Annual International Conference provides a forum for discussion of the study of Cuban slavery and emancipation today, placing the island’s history within the wider Atlantic world. Over the past few decades, the study of Cuban history has been an increasingly international effort. Cuban historians have interacted more and more with colleagues from abroad, with discussions grounded in the unique primary sources found in the rich Cuban archives. These scholars have demonstrated the importance of understanding Cuban slavery within the context of the Atlantic world and broad colonial networks of domination and resistance. This conference brings together scholars from Cuba and abroad working on the transatlantic slave trade, resistance, systems of control, abolition and emancipation, and the memory and legacies of slavery in Cuba. Join us for in-depth conversations about the present and future of understanding slavery and its long aftermath in this crucial part of the world.

Email comments & questions regarding this conference to gilder.lehrman.center 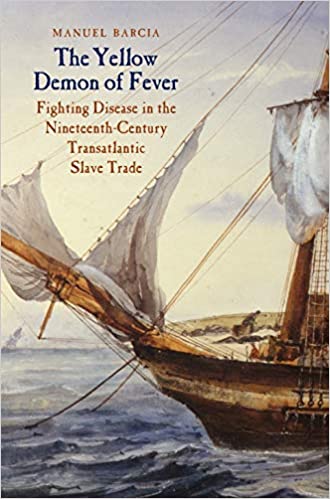 As the slave trade brought Europeans, Africans, and Americans into contact, diseases were traded along with human lives. Manuel Barcia examines the battle waged against disease, where traders fought against loss of profits while enslaved Africans fought for survival. Although efforts to control disease and stop epidemics from spreading brought little success, the medical knowledge generated by people on both sides of the conflict contributed to momentous change in the medical cultures of the Atlantic world.

“The Yellow Demon of Fever is a stunning scholarly achievement. This highly readable social history is an indispensable study for anyone interested in knowledge exchanges in the Atlantic world.”—Judith Carney, University of California, Los Angeles
“A landmark study in the history of medicine and Atlantic slavery. Unrestrained by linguistic or imperial boundaries, Barcia’s ground-breaking book exposes the struggle for racial and medical control in the ‘contact zones’ of the Atlantic slave trade.”—Katherine Paugh, University of Oxford
“A tour de force. Barcia’s deeply researched and well-written book opens a fascinating, disturbing, and vital window into the illegal slave trade of the nineteenth century and the advancement of medical knowledge.”—Randy J. Sparks, Tulane University
”Extraordinary. A breakthrough work, among the most insightful histories of the nineteenth century written in the past half century.”—Dale Graden, University of Idaho
”This is original and well researched. It is an important contribution. I know Barcia’s work very well, and this is his best book yet.”— Paul Lovejoy, York University

Manuel Barcia is chair of global history at the University of Leeds and a recipient of the Philip Leverhulme Prize in History.
Product details

West African Warfare in Bahia and Cuba: Soldier Slaves in the Atlantic World, 1807-1844 (The Past and Present Book Series): Manuel Barcia

West African Warfare in Bahia and Cuba seeks to explain how a series of historical events that occurred in West Africa from the mid-1790s – including Afonja’s rebellion, the Owu wars, the Fulani-led jihad, and the migrations to Egbaland – had an impact upon life in cities and plantations in western Cuba and Bahia. Manuel Barcia examines the extent to which a series of African-led plots and armed movements that took place in western Cuba and Bahia between 1807 and 1844 were the result – or a continuation – of events that had occurred in and around the Yoruba and Hausa kingdoms in the same period.

Why did these two geographical areas serve as the theatre for the uprising of the Nagos, the Lucumis, and other West African men and women? The answer, Barcia argues, relates to the fact that plantation economies supported by unusually large numbers of African-born slaves from the same – or close – geographical and ethnic heritage, which transformed the rural and urban landscape in western Cuba and Bahia. To understand why these two areas followed such similar social patterns it is essential to look across the Atlantic – it is not enough to repeat the significance of the African background of Bahian and Cuban slaves. By establishing connections between people and events, with a special emphasis on their warfare experiences, Barcia presents a coherent narrative which spans more than three decades and opens a wealth of archival research for future study.

“In this slim but impressive book, Manuel Barcia takes a different path, focusing on the military background of the enslaved Yoruba and Hausa slaves and looks at their impact in Cuba as well as Brazil.” — John Thornton, Journal of African Military History
“Barcia’s study is genuinely transnational since it not only looks at two different
European societies in the Americas but also at Africa. The problems studying eighteenth- and nineteenth-century Africa are immense, and Barcia successfully navigates these tricky waters for readers…[I]mpressively researched and argued…[This
volume is] to be welcomed as making new contributions to the field.”–Slavery & Abolition: A Journal of Slave and Post-Slave Studies
“[A] very valuable study in a new research field which can be recommended sincerely to colleagues and students.”–Reviews in History
“This admirable study contributes to a revisionist approach to the study of the Atlantic world by merging the details of slave resistance in Cuba and Brazil with revolutionary transformations in West Africa….Barcia’s powerful argument raises important questions that will lead to additional discussion worth reflecting upon.”–Paul E. Lovejoy, New West Indian Guide

Manuel Barcia is Professor of Latin American History at the University of Leeds. He is also an Honorary Fellow at the Wilberforce Institute for the Study of Slavery and Emancipation at the University of Hull. He co-edits Atlantic Studies: Global Currents, and is the author of two books and several articles focusing on the history of the African Diaspora in Latin America and the Caribbean. He is also a frequent contributor to The Washington Spectator, Ihe Huffington Post, The Independent, and Al Jazeera in English. In 2014 he was awarded a prestigious Philip Leverhume Prize in History, given every year to researchers whose work has already attracted international recognition and whose future career is exceptionally promising.

The founding of the ALARI reflects the coming of age of a new, multidisciplinary academic field centers on the histories, cultures, and experiences of people of African descent in Latin America. The field has developed in tandem with a variety of racially defined social, cultural, and political movements that, taking advantage of democratization processes since the 1980, have transformed how Latin Americans think about their region, culture and history. These movements have challenged traditional discourses on race and nation and demanded legislation and policies to address discrimination. Legal instruments that ban discrimination and acknowledge the multiracial character of Latin American societies have proliferated in the region. Meanwhile, a variety of non-governmental and international organizations have developed specialized programs to promote racial justice. This agenda gained additional momentum in December 2013, when the United Nation approved resolution 68/237, which proclaims 2015-24 as the International Decade for People of African Descent.