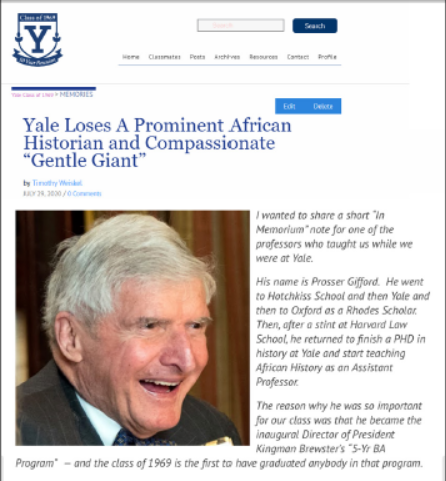 I wanted to share a short “In Memorium” note for one of the professors who taught us while we were at Yale.

His name is Prosser Gifford. He went to Hotchkiss School and then Yale and then to Oxford as a Rhodes Scholar. Then, after a stint at Harvard Law School he returned to complete a PHD in history at Yale and start teaching Yale’s first African History courses as an Assistant Professor.

The reason why he was so important for our class was that he became the inaugural Director of President Kingman Brewster’s “5-Yr BA Program” — and the class of 1969 is the first to have graduated anybody in that program.