Noam Chomsky says Israel’s planned annexation of the occupied West Bank “basically formalizes” what has already been official policy over the last half-century, from both left-wing and right-wing parties in Israel. He compares Israel’s treatment of Palestinians to anti-immigrant policies in the United States, and says the main goal of annexation is to take over as much territory while excluding its Palestinian inhabitants. “Israel does not want to bring Palestinian populations into the greater Israel they’re constructing.”

As the world races to develop a COVID-19 vaccine, Noam Chomsky says any successful treatment must be accessible to everyone, and he warns that President Trump’s withdrawal from the World Health Organization will hamper the international body’s efforts to distribute medicine in countries racked by poverty and war. “There’s at least one country in the world that is showing genuine internationalism, providing medical aid and support for people that need it,” Chomsky says, and that is Cuba.

As the U.S. coronavirus death toll tops 150,000, we spend the hour with world-renowned political dissident, linguist and author Noam Chomsky, who says decades of neoliberal policies that shredded the social safety net and public institutions left the country ill-prepared for a major health crisis. “We should understand the roots of this pandemic,” he says. 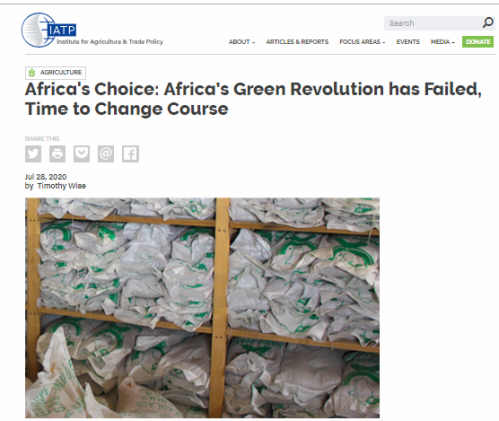 Since the 2007-8 food crisis, when spikes in prices for global commodity crops raised the specter of food shortages, Africa has seen a surge in funding to help local food producers grow more of the region’s food. African governments raised spending on agricultural development, supported by international donors who recognized, for the first time in decades, that developing countries needed to grow more of their own food and that their small-scale farmers could be a crucial part of that effort rather than a drag on economic development.2 For several years, high international crop prices drew private investment into agriculture. Global philanthropies, newly endowed with billions of dollars in technology profits, led the charge. The Bill and Melinda Gates Foundation established a well-funded program on international development and partnered with the Rockefeller Foundation in 2006 to launch the Alliance for a Green Revolution in Africa (AGRA). AGRA eventually set the ambitious goals of doubling crop productivity and incomes for 30 million small-scale farming households while halving food insecurity in 20 African countries by 2020.3

That Green Revolution project is failing. My research has shown that as the Green Revolution project reaches its 2020 deadline, crop productivity has grown slowly, poverty remains high, and the number of hungry people in the 13 countries that have received priority funding has risen 30% since 2006. Few small-scale farmers have benefited. Some have been thrown into debt as they try to pay for the high costs of the commercial seeds and synthetic fertilizer that Green Revolution proponents sell them. This disappointing track record comes in spite of $1 billion in funding for AGRA and $1 billion per year in subsidies from African governments to encourage their farmers to buy these high-priced inputs.

African governments have a choice to make, a choice that will determine the continent’s food future. For the last 14 years, governments and donors have bet heavily, and almost exclusively, on the Green Revolution formula of commercial inputs, fossil-fuel-based fertilizers and agro-chemicals. That gamble has failed to generate agricultural productivity, even as the continent has seen a strong period of economic growth. Rural poverty remains high. Hunger is rampant, with the United Nations warning that Africa could see a 73% surge in undernourishment by 2030 if policies don’t change.4

Africans can choose a different path, one offered by innovative small-scale farmers all over the continent. Many reject the Green Revolution as the failing policies of past, pointing to long-term damage to farming communities and the environment in India, target of the first Green Revolution fifty years ago. They have demonstrated that agroecology, with its innovative combination of ecological science and farmers’ knowledge and practices, can restore degraded soils, make farms more resilient to climate change, improve food security and nutrition by growing and consuming a diversity of crops, all at a fraction of the cost — to farmers and to African governments — of the Green Revolution approach.5

To the Green Revolution, they say: Time’s up. You’ve had your chance to show what difference you can make. As we face climate change and rising hunger from the COVID-19 pandemic, it is time to take a different path. The future is agroecology. 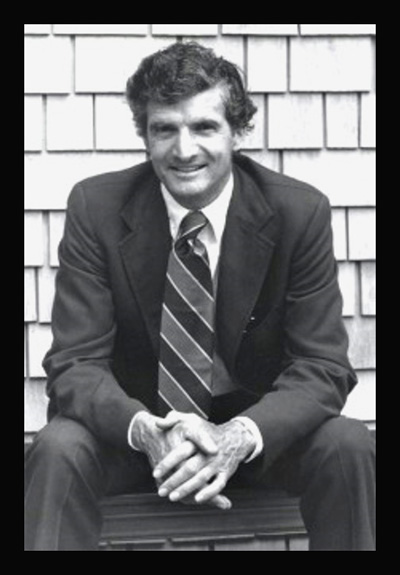 I wanted to share a short “In Memorium” note for one of the professors who taught us while we were at Yale.

His name is Prosser Gifford. He went to Hotchkiss School and then Yale and then to Oxford as a Rhodes Scholar. Then, after a stint at Harvard Law School he returned to complete a PHD in history at Yale and start teaching Yale’s first African History courses as an Assistant Professor.

The reason why he was so important for our class was that he became the inaugural Director of President Kingman Brewster’s “5-Yr BA Program” — and the class of 1969 is the first to have graduated anybody in that program.

This is NASA’s best shot at finding life on Mars

“We had fed the heart on fantasies;
The heart’s grown brutal from the fare.”

W. B. Yeats, Meditations in Time of Civil War

They’ve been keeping America fed throughout the pandemic — and they say they’ve had to choose between their health and their jobs. For the essential agriculture workers who pick and process the food we eat, many of them undocumented immigrants, COVID-19 is amplifying existing challenges. Journalists Daffodil Altan and Andrés Cediel discuss what their reporting for FRONTLINE shows about the virus’ toll on workers at farms and meatpacking plants, the lack of federally required COVID-19 protections for agriculture workers, and why workers who are undocumented have been fearful to speak out: “Even if you’re called essential, you can still potentially be deported.”

For more, watch COVID’s Hidden Toll — the latest installment in FRONTLINE’s award-winning body of work exposing the hidden realities facing low-wage immigrant workers in the U.S. (Rape in the Fields, Rape on the Night Shift, Trafficked in America). The documentary is supported by Chasing the Dream.

Suppressed 2020: The Fight To Vote by Robert Greenwald (Director of Outfoxed, Walmart: The High Cost of Low Price, and Making A Killing: Guns Greed and the NRA) is a short, powerful documentary about the growing threat of voter suppression to our 2020 election. Deeply personal accounts from voters of color across the state of Georgia reveal deliberate, widespread voter suppression in the 2018 midterm election where Stacey Abrams fought to become the first Black female governor in the U.S. Polling place closures, voter purges, missing absentee ballots, extreme wait times and voter ID issues were in full effect again during the 2020 primaries and are on-going across the country right now, all disproportionately affecting Black Americans and minorities from casting their ballots. Now, amidst a global health crisis, the cruel weaponization of vote-by-mail restrictions has turned the constitutional right to vote into a choice between life and death. Suppressed 2020 is a call to action against the calculated, unconstitutional and racist attacks intended to suppress the right to vote in America.

ABOUT BRAVE NEW FILMS Robert Greenwald and Brave New Films (BNF) are at the forefront of the fight to create a just America. Greenwald and BNF create free documentary films that inform the public, challenge corporate media, and motivate people to take action on social issues nationwide. Brave New Films’ investigative films have shined a light on the Bush, Obama and Trump administration, voter suppression, U.S. drone strikes, the prosecution of whistleblowers, and Wal Mart’s corporate practices. BNF’s mission is to champion social justice issues by using a model of media, education, and grassroots volunteer involvement that inspires, empowers, motivates and teaches civic participation and makes a difference. #BraveNewFilms