How to Combat Climate Depression | Bill McKibben | The New Yorker 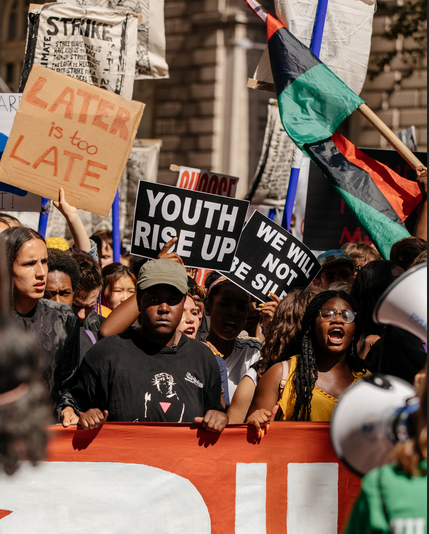 Photograph by Ike Edeani for The New Yorker

If there existed some kind of gauge for measuring ambient sadness, I imagine the needle would now be pinned to the far end of the red. Sme of us are mourning the deaths of those we loved; more are terrified for the ailing; more still lie abed trying to figure out whether their job will last another month, or what to do about the one they just lost. The Times reports that the pandemic has become a “grim slog” for New Yorkers. Even away from the epicenter, the pervading uncertainty brews a fog that makes the future seem drab.

But here’s the worse news: even before the coronavirus descended, that’s how the world looked to an awful lot of Americans, especially younger ones. Seventh Generation, the recycled-paper-towel and household-products company, commissioned a survey, released in April. It showed that seventy-one per cent of millennials and sixty-seven per cent of Generation Z feel that climate change has negatively affected their mental health. How upset were they? Four in five people in the eighteen-to-twenty-three age cohort “aren’t planning—or didn’t want—to have children of their own as a result of climate change.” Even if the survey were off by fifty per cent, that would still be an astonishing number.

I spend a lot of time with young people, and I find much the same thing: they’re far more aware of the science behind climate change than their elders are, and they know what it means. They understand that if we can’t check the rise in temperatures soon, we will see an ongoing series of crises. In fact, those have already begun in large parts of the world. Year after year on the West Coast, summer has become the season of wildfire smoke, lingering for weeks in the air above our major cities. We’ve always had hurricanes, but they drop more rain than we’ve ever seen before. If you anticipated that your life was going to be punctuated by one major disaster after another, would you be eager to have kids? It’s worth remembering that the last big novel disease to hit our hemisphere—the Zika virus, which caused microcephaly in some babies—prompted the health ministers of several countries to urge women to forgo pregnancy for a year or more.