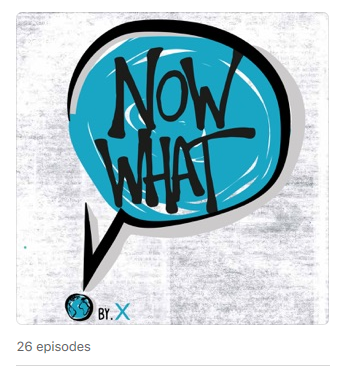 Now What, a project of Cooler Earth

It’s Time To Talk About How We Talk About Climate Change. A lot of writing and advocacy on climate change these days gets it right about the risk, but wrong about how we try to accomplish the critical goal of raising public concern and moving people to action. That’s because it appeals to reason, and reason is not what drives human behavior. It is a challenge that we must overcome in finding effective and efficient ways to not only communicate the science as evidence of anthropogenic climate change, but in mobilizing public support for action and solutions. This is why we decided to launch a project to tackle these very pressing questions. As advocates, policymakers, or concerned citizens, it’s important that we take a moment to think through how we can best craft our message on this very crucial topic.

… See related Directory of of Podcasts:

The transatlantic slave trade might seem like something from a distant and barbaric era – but a historian has found evidence its last survivor was alive in living memory.

Hannah Durkin, at Newcastle University, had previously identified the last surviving slave captured in Africa in the 19th Century and brought to United States as a woman called Redoshi Smith, who died in 1937.

But she has now discovered that another former slave, Matilda McCrear, had lived three years later.

Matilda died in Selma, Alabama, in January 1940, at the age 83 – and her rebellious life story was the last living link with slaves abducted from Africa. 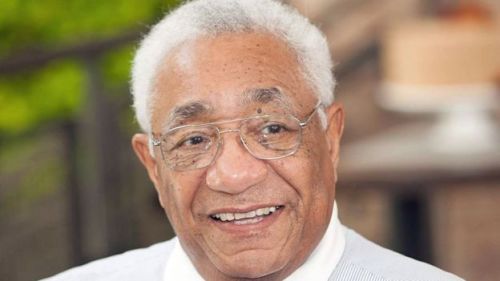 Her 83-year-old grandson, Johnny Crear, had no idea about his grandmother’s historic story.

In the 1960s, he had witnessed violence against civil rights marchers in Selma, where protesters had been addressed by Dr Martin Luther King.

On discovering his grandmother had been enslaved, he told BBC News: “I had a lot of mixed emotions.

“I thought if she hadn’t undergone what had happened, I wouldn’t be here.

“But that was followed by anger.”

CRIMES AGAINST THE FUTURE

CRIMES AGAINST THE FUTURE Hosted by award-winning journalist Karl Grossman, “Crimes Against The Future” features Bianca Jagger, David Suzuki, Randy Hayes and others who put into perspective the crimes that are being committed against future generations environmentally and in regard to human rights. The documentary is directed by award-winner Frank Melli. Hunter Lovins provides a wealth of solutions to lead humanity back to a life-affirming path. Also in the documentary include Dr. Michio Kaku, Dr. Helen Caldicott, France’s former Minister of the Environment Bryce Lalonde, and Barbara Pyle. As Pyle puts it: “It’s a moral imperative.” (Featuring music from award winning Ze Luis.) Produced by Anderson Ozello and associate producer Meghan Zimbler. Edited by Ozello and Melli.

What is CGI University? See how hundreds of student leaders turn their ideas into action every year

Each year, CGI U hosts a meeting where students, university representatives, topic experts, and celebrities come together to discuss and develop innovative solutions to pressing global challenges. The meeting will bring together more than 1,000 students to make a difference in CGI U’s five focus areas: Education, Environment and Climate Change, Peace and Human Rights, Poverty Alleviation, and Public Health

“Housing Is Health”: Calls Grow for California to Give Vacant Homes to Unhoused People Amid Pandemic

We look at the crisis of homelessness during the coronavirus pandemic in California, where the number of cases has passed 6,000 with 132 deaths. The entire state has been ordered to shelter in place, leaving the state’s massive unhoused population extremely vulnerable. As the state braces for a surge in cases, tens of thousands of people are living on the streets. A recent study estimates that nearly 2,600 unhoused people will need to be hospitalized for the virus in Los Angeles alone — and nearly 1,000 will need intensive care. We speak with Martha Escudero, a member of a group of unhoused mothers, elders and families who have moved into vacant houses.

More than 100 million people across the United States have been ordered to stay home to prevent the spread of coronavirus, but what about people who are homeless? Tens of thousands of homeless people in New York City shelters and on the streets have been left with no way to safely shelter in place. We hear from people who are homeless, and speak with Kiana Davis, advocate and policy analyst with the Safety Net Project at the Urban Justice Center.

It’s been described as the public health failure of the century. As the United States leads the world in coronavirus infections, a record number of Americans file for unemployment. Gasping for air, gasping for care; what does global health justice look like? We speak with two Yale professors who say decades of neoliberal austerity make it harder to fight the pandemic. They propose a New Deal for public health. Gregg Gonsalves is assistant professor in epidemiology of microbial diseases at Yale School of Public Health; Amy Kapczynski is professor of law at Yale Law School and co-founder of the Law and Political Economy blog. They are co-directors of the Global Health Justice Partnership

Tina Berry on Student Response to Her Curriculum Unit

Mar 30, 2020
At the 2019 Annual Conference opening session, “From National Seminars to Local Classrooms,” National Fellow Tina M. Berry, an art and history teacher at Memorial Junior High School in Tulsa, spoke about teaching her curriculum unit, “SmArt Math: Paper Polyominoes and Ceramic Tetradic Cuboids,” which was written in the national seminar, “Perimeter, Area, Volume, and All That: A Study of Measurement,” led by Roger E. Howe, Professor Emeritus of Mathematics at Yale University.

The price of oil has sunk to levels not seen since 2002 as demand for crude collapses amid the coronavirus pandemic.

Brent crude fell to $22.58 a barrel at one point on Monday, its lowest level since November 2002.

Meanwhile the price of US West Texas Intermediate (WTI) fell below $20 a barrel and close to an 18-year low.

Oil prices have fallen by more than half during the past month as companies cut back or close production.

In addition to the drop in demand, a price war broke out earlier this month between Saudi Arabia and Russia.

This began when Saudi Arabia failed to convince Russia to back production cuts that had been agreed with the other members of the Opec oil producers’ group.

The decision came as refineries around the world are processing less crude oil. Demand for transport has been hammered by grounded airlines and fewer cars on the roads as countries bring in tougher measures to fight the coronavirus outbreak.