One day in late August 2018, Greta Thunberg took up position outside Sweden’s Parliament for the first time. She held a simple sign, black letters on a white board, that said “School Strike for Climate.”

“It felt like I was the only one who cared about the climate and the ecological crisis,” she told the BBC. The 15-year-old was by herself, but not for long.

Within a year, her school strike, carried on through all weather, had inspired millions of young people around the world to take to the streets and demand action on climate change.

As thousands of students again protest in major global cities, here’s a look at what we know about the teenager who started it all.

Where did she grow up?

Ms Thunberg, the elder of two girls, was born on 3 January, 2003. She grew up in Stockholm with her mother Malena Ernman, an opera singer and former Eurovision Song Contest participant, and her actor father Svante Thunberg. Her father is a descendant of Svante Arrhenius, a scientist who came up with a model of the greenhouse effect. He was awarded the Nobel Prize for Chemistry in 1903. 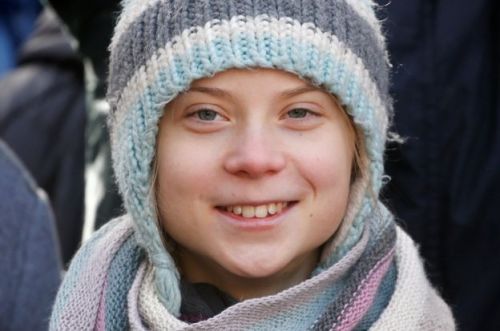