The Secrets of Watché, the African Fried Rice

Watché is a breakfast staple in many West African countries. This popular dish, akin to fried rice, is made with parboiled rice, beans and peppers. In Togo, training and the provision of parboiling equipment to women-managed cooperatives are leading to the production of better quality rice and higher production. Watch how a group of Togolese women was able to triple its productivity in just a few years and cater even to the most demanding customers.

Deployment of new US nuclear warhead on submarine a dangerous step

Jan 29, 2020
The US has deployed its first low-yield Trident nuclear warhead on a submarine that is currently patrolling the Atlantic Ocean, it has been reported, in what arms control advocates warn is a dangerous step towards making a nuclear launch more likely. According to the Federation of American Scientists, the USS Tennessee – which left port in Georgia at the end of last year – is the first submarine to go on patrol armed with the W76-2 warhead, commissioned by Donald Trump two years ago. It has an explosive yield of five kilotons, a third of the power of the “Little Boy” bomb dropped on Hiroshima and considerably lower than the 90- and 455-kiloton warheads on other US submarine-launched ballistic missiles. The Trump administration’s nuclear posture review (NPR) in February 2018, portrays this warhead as a counter to a perceived Russian threat to use its own “tactical” nuclear weapons to win a quick victory on the battlefield.

Advocates of W76-2 argued that the US had no effective deterrent against Russian tactical weapons because Moscow assumed Washington would not risk using the overwhelming power of its intercontinental ballistic missiles in response, for fear of escalating from a regional conflict to a civilian-destroying war. Critics of the warhead say it accelerates a drift towards thinking of nuclear weapons as a means to fight and win wars, rather than as purely a deterrent of last resort. And the fielding of a tactical nuclear weapon, they warn, gives US political and military leaders a dangerous new option in confronting adversaries other than Russia. Trump’s NPR says the US could use nuclear weapons in response to “significant non-nuclear strategic attacks”, including but not limited to “attacks on US, allied or partner civilian population or infrastructure”. The US Navy and Strategic Command did not immediately respond to a request for comment.

Hans Kristensen, the director of the nuclear information project at FAS, said the report on the arming of the USS Tennessee is based on briefings from officials.“We have had conversations with people inside, and they’ve been pretty clear that this has happened,” Kristensen said. “They see a need to talk about it to some extent, because if people don’t know it’s out there, then how can it deter?”“This is a very rapid mind quick turnaround for a nuclear weapon, and that’s obviously because it was a fairly simple adjustment of an existing warhead,” he added. “They have argued that this is to deter Russia, but it also has clear implications or potential use against other adversaries, not least North Korea and Iran.”Kristensen said: “Certainly the low-yield collateral effect that would come from this weapon would be very beneficial to a military officer who was going to advise to the president whether we should cross the nuclear threshold.”

All data is taken from the source: https://www.theguardian.com/

Deployment of new US nuclear warhead on submarine a dangerous step,: https://www.youtube.com/watch?v=sWXLe…

Feb 4, 2020
The US military has added a long-range missile armed with a nuclear warhead of reduced destructive power to its arsenal. The Pentagon claims that the low-yield missile will keep Americans safer. RT America’s Rachel Blevins has the story.

Feb 5, 2020
The United States has announced the deployment of a new long-range nuclear missile aboard its stealth submarines to deter what it calls Washington’s potential adversaries.

The US Department of Defense claimed in a statement on Tuesday that the low-yield warhead was deployed on the USS Tennessee submarine patrolling in the Atlantic Ocean to deter “potential adversaries, like Russia,” and in response to Russian tests of similar weapons.

“This supplemental capability strengthens deterrence and provides the United States a prompt, more survivable low-yield strategic weapon,” John Rood, the undersecretary of defense for policy, said in the statement.

“(It) supports our commitment to extended deterrence; and demonstrates to potential adversaries that there is no advantage to limited nuclear employment because the United States can credibly and decisively respond to any threat scenario,” Rood added.

The new missiles have sparked fresh concerns as critics say the submarine-launched ballistic missile warhead will lower the threshold for using nuclear weapons.

In August, the US withdrew from the 1988 Intermediate-range Nuclear Forces treaty with Russia. The pact banned all land-based mid-range missiles. Washington’s withdrawal from the INF has renewed tensions between the two nuclear powers.

Feb 2, 2020
US Navy Deploys “Usable” W76-2 Weapons with Submarine amid Threats Enemy  The Federation of American Scientists reported Wednesday that the W76-2 nuclear weapon was supplied to Ohio-class USS Tennessee submarine, which deployed to the Atlantic Ocean from Kings Bay, Georgia.

Advanced Webinar: Applications of GPM IMERG Reanalysis for Assessing Extreme Dry and Wet Periods This session will focus on the analysis of SPI for ~20-year period (2000 to present) to assess the frequency and spatial extent of extreme wet and dry conditions, together with socioeconomic data to understand flood and drought risk. 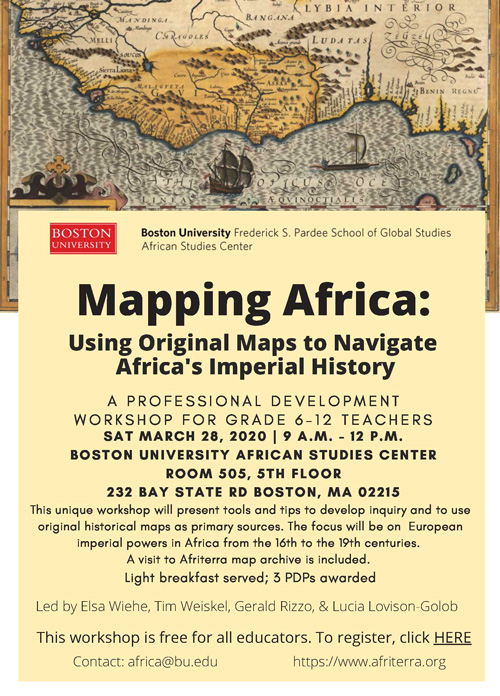 Led by Elsa Wiehe, Tim Weiskel, Gerald Rizzo and Lucia Lovison-Golob, this unique workshop will present tools and tips to assist inquiry and help teachers and their students to gain online access to high-resolution digital images of  rare, original historical maps as primary sources.  The focus will be upon European imperial powers in Africa from the 16th to the 19th centuries.  A visit to the Afriterra map archive to consult the original maps themselves is included as part of the workshop. 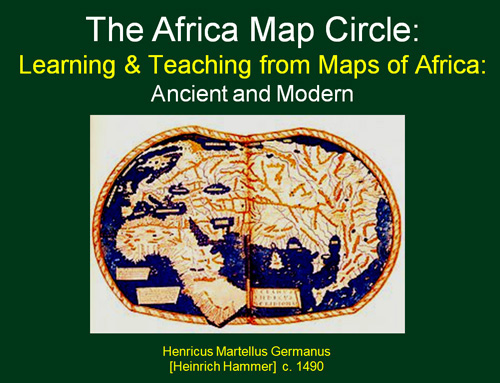