Why We Ignore Warnings Of Looming Disaster : NPR 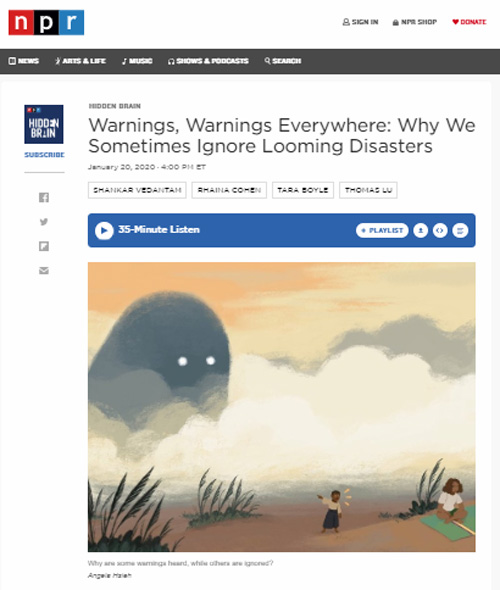 After a disaster happens, we want to know, could something have been done to avoid it? Did anyone see this coming?

Many times, the answer is yes. There was a person — or many people — who spotted a looming crisis and tried to warn those in power. So why didn’t the warnings lead to action?

This week on Hidden Brain, we look into the psychology of warnings. We’ll turn to an unusual source — an ancient myth about the cursed prophet Cassandra — to understand why some warnings fail. We’ll travel 40 feet below the ground to talk to a modern-day Cassandra, and we’ll speak with a government official who managed to get his warnings heard. There’s also a gory (and fictional) murder plot, and even some ABBA.