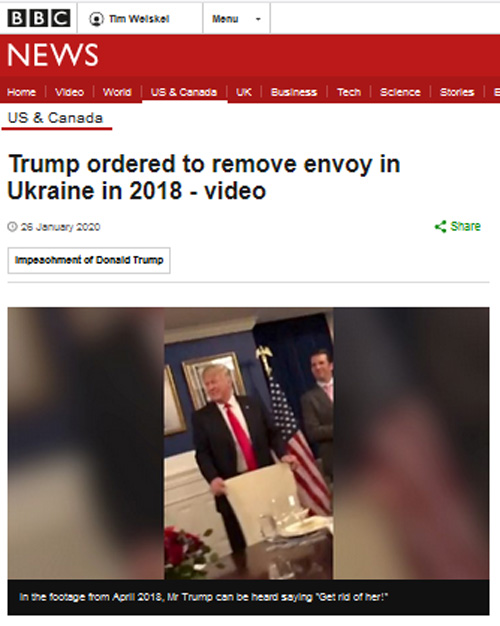 President Donald Trump in 2018 ordered the removal of the US ambassador to Ukraine, Marie Yovanovitch, according to a video made public on Saturday.

In the tape, Mr Trump can be heard saying “Get rid of her!” at a dinner with a group of donors in Washington.

Ms Yovanovitch, who was recalled from her post in May 2019, has testified in Mr Trump’s impeachment inquiry.

The footage from April 2018 was provided by an attorney of Lev Parnas, a US businessman who was at the dinner.

Mr Trump has maintained that he does not know Mr Parnas, who worked for the president’s personal lawyer Rudolph Giuliani.

The businessman, who is a Republican party donor, says he went to Ukraine to pressure officials on behalf of the president and Mr Giuliani.

President Trump has so far made no public comment on the emergence of the video recording.