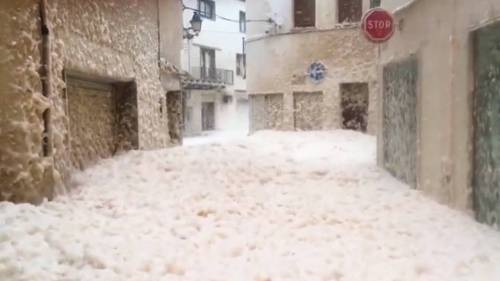 President Trump called climate activists “prophets of doom” in his keynote speech at the World Economic Forum in Davos, Switzerland. On the top of this year’s agenda at Davos is climate change. Teenage Swedish climate activist Greta Thunberg, who is attending Davos, responded to Trump by saying, “In case you hadn’t noticed, [the world] is currently on fire.” Spain’s new leftist coalition government has declared a climate emergency and says it will send ambitious climate legislation to the parliament within 100 days. The legislation, aimed at avoiding the most catastrophic impacts of climate change, will include achieving zero carbon emissions in Spain by 2050.

In Australia, uncontrollable fires are continuing to rage across the continent. Officials are warning residents near the capital’s suburbs to take shelter inside their homes today as a massive fire approaches the Canberra airport. In addition to killing 29 people and more than 1 billion animals, the unprecedented fires in Australia have also released massive amounts of greenhouse gas emissions, which will even further fuel the climate crisis.