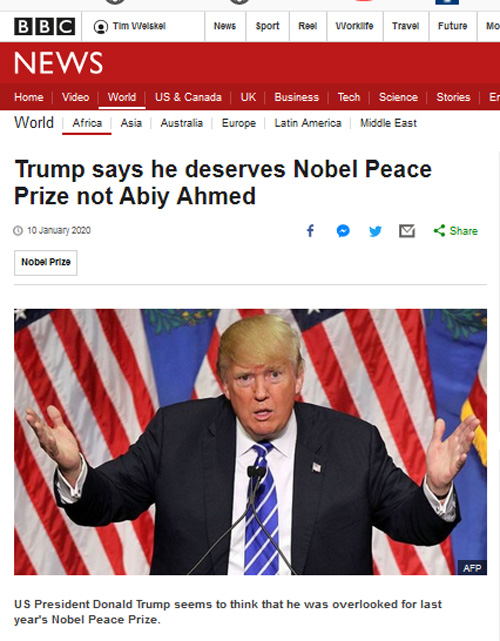 US President Donald Trump seems to think that he was overlooked for last year’s Nobel Peace Prize.

Why, what did he say?

“I’m going to tell you about the Nobel Peace Prize, I’ll tell you about that. I made a deal, I saved a country, and I just heard that the head of that country is now getting the Nobel Peace Prize for saving the country. I said: ‘What, did I have something to do with it?’ Yeah, but you know, that’s the way it is. As long as we know, that’s all that matters… I saved a big war, I’ve saved a couple of them.”

A video clip of him talking to supporters at a campaign event in Toledo, Ohio, on Thursday evening was shared on Twitter: