The economics of enough: Dan O’Neill at TEDxOxbridge

Is economic growth always a good thing? Why are people in countries like the US and UK not happier or working fewer hours when GDP has tripled since 1950? Dan O’Neill’s thought-provoking talk exposes the pitfalls of economic growth and hints at alternative ways to measure progress. Dan O’Neill is a lecturer in ecological economics at the University of Leeds, and the chief economist at the Center for the Advancement of the Steady State Economy (CASSE). His work focuses on the changes that would be needed to achieve a prosperous non-growing economy, and alternative ways of measuring progress besides GDP. He is co-author (with Rob Dietz) of Enough Is Enough: Building a Sustainable Economy in a World of Finite Resources, an international best-seller which has recently been made into a short film. When he isn’t doing research or teaching, Dan enjoys hiking in the Yorkshire Dales and singing songs about the misguided pursuit of economic growth.

This talk was given at a local TEDx event, produced independently of the TED Conferences. Economic theory is centuries out of date and that’s a disaster for tackling the 21st century’s challenges of climate change, poverty, and extreme inequality. Kate Raworth flips economic thinking on its head to give a crash course in alternative economics, explaining in three minutes what they’ll never teach you in three years of a degree. Find out why it’s time to get into the doughnut…

Kate Raworth is an economist focused on the rewriting of economics to make it fit for addressing this century’s realities and challenges. She is the creator of the doughnut of social and planetary boundaries which, since being first published by Oxfam in 2012, has gained widespread international recognition and influence in reframing sustainable development, including shaping the United Nations’ post-2015 Sustainable Development Goals. She is currently writing Doughnut Economics: seven ways to think like a 21st century economist, to be published by Random House in Spring 2016.

Kate is a senior visiting research associate and lecturer at Oxford University’s Environmental Change Institute, and a senior associate of the Cambridge Institute for Sustainability Leadership. She has presented doughnut economics widely – from the UN General Assembly to the Occupy Movement – and her writing has featured in The Guardian, The New Statesman, Resurgence, Nature Climate Change, and Wired. She has been named by The Guardian as “one of the top ten tweeters on economic transformation”.

Over the past two decades she was senior researcher at Oxfam, co-author of the UN Human Development Report, and a fellow of the Overseas Development Institute in Zanzibar. She holds a first class BA in Politics, Philosophy and Economics and a MSc in Economics for Development, both from Oxford University.

Kate blogs about Doughnut Economics at www.kateraworth.com and tweets @KateRaworth.

These Are the 9 Planetary Boundaries – Johan Rockström

http://www.ted.com Human growth has strained the Earth’s resources, but as Johan Rockstrom reminds us, our advances also give us the science to recognize this and change behavior. His research has found nine “planetary boundaries” that can guide us in protecting our planet’s many overlapping ecosystems.

The best explanation to resilience

Stockholm whiteboard seminar: Brian Walker explains what is resilience in people and ecosystems.

Sustainable development and the tragedy of commons

Give yourself the gift of knowledge — subscribe to Big Think Edge: http://bit.ly/bigthinkedge If you’re interested in licensing this or any other Big Think clip for commercial or private use, contact our licensing partner Executive Interviews: https://www.executiveinterviews.biz/r… The Nobel-prize winning economist argues that, contrary to the widespread theory, with the right governance, humans are likely to forge peaceful solutions to coping with resource scarcity.

Ending The Tragedy of The Commons

Give yourself the gift of knowledge — subscribe to Big Think Edge: http://bit.ly/bigthinkedge If you’re interested in licensing this or any other Big Think clip for commercial or private use, contact our licensing partner Executive Interviews: https://www.executiveinterviews.biz/r… The Nobel-prize winning economist argues that, contrary to the widespread theory, with the right governance, humans are likely to forge peaceful solutions to coping with resource scarcity.

Amartya Sen and Elinor Ostrom – A discussion on Global Justice

The Theory of Peasant Economy – A. V. Chayanov 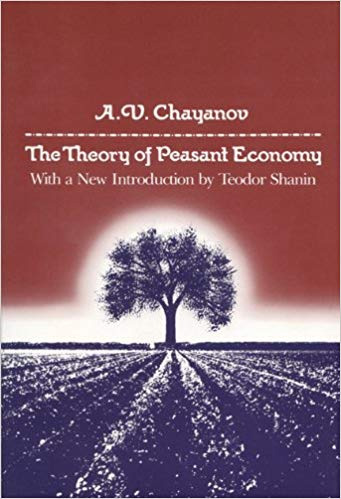 The work of A. V. Chayanov is today drawing more attention among Western scholars than ever before. Largely ignored in his native Russia because they differed from Marxist-Leninist theory, and neglected in the West for more than forty years, Chayanov’s sophisticated theories were at last published in English in 1966. That trenchant is reprinted in this Wisconsin paperback edition, which includes a new introduction by the sociologist Teodor Shanin, of the University of Manchester, one of the world’s leading Chayanov scholars. The Wisconsin edition will be essential reading for political scientists, anthropologists, and all whose interests include peasant studies, Third World development, and women’s studies.

“The past two decades have seen the emergence of a whole new field called ‘peasant studies’ and, along with those of Karl Marx, Chayanov’s ideas have been central to its development. . . . The publishers are to be commended for re-issuing the book with both old and new introductions and making it available as an affordable paperback for students. The work is a classic.”—Times Higher Education Supplement 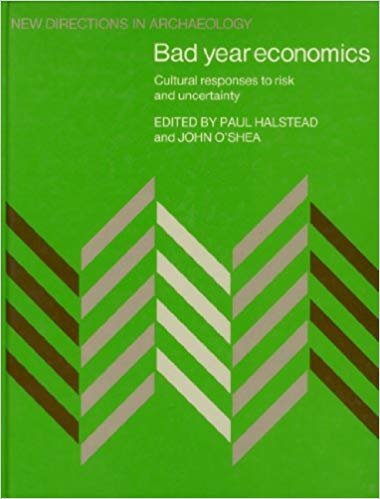 Bad Year Economics explores the role of risk and uncertainty in human economics within an interdisciplinary and cross-cultural framework.

Drawing on archaeology, anthropology, and ancient and modern history, the contributors range widely in time and space across hunting, farming and pastoralism, across ancient states, empires, and modern nation states. The aim, however, is a common one: to analyse in each case the structure of variability – particularly with regard to food supply – and review the range of responses offered by individual human communities.

These responses commonly exploit various forms of mobility, economic diversification, storage, and exchange to deploy local or temporary abundance as a defence against shortage. Different levels of response are used at different levels of risk. Their success is fundamental to human survival and their adoption has important ramifications throughout cultural behaviour.