Published on Oct 3, 2019
California is in a legal battle with the Trump administration over tailpipe emissions, air quality and climate change. California recently joined nearly two dozen other states to file a lawsuit against the Trump administration after it revoked the state’s air pollution standards for cars and light trucks, in its latest regulatory rollback of laws aimed at slowing the climate crisis. Auto emissions are California’s single largest source of greenhouse gases. From Los Angeles, we’re joined by Mary Nichols, the longtime chair of the California Air Resources Board. She has led the board in crafting California’s internationally recognized climate action plan. Michael Brune, executive director of the Sierra Club, speaks with us from San Francisco.

‘Where are the missing 20 minutes’ of the transcript?

Lex Paulson and Randy Yaloz discuss the Trump administration’s transparency as a ten-minute transcrpit has been released out of the thirty-minute phone call with Ukrainian president Zelensky. 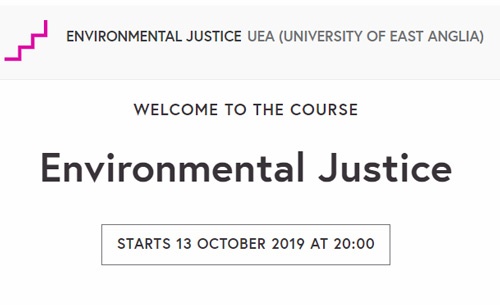 NOTE:  Many universities have dealt with these themes for more than 20 years.

At Harvard, for example, the Divinity School launched the “Harvard Semiar on Environmental Values” in the early 1990s, and it continued operating through 2002, focusing on climate change.  In subsequent years the Harvard Extension School  offered both on-campus and “distance learning” courses in environmental justice each year from 2007 through 2014, along side courses on the “ethics of sustainability” (from 2001 through 2016) and global climate change (from 2004 through 2016), emphasizing “The Science, Social Impact and Diplomacy of a World Environmental Crisis.”

Despite repeated calls from its students and the larger faculty community the Harvard University administration has refused to divest its portfolio of its fossil fuel holdings.  Meanwhile, the courses on environmental justice, environmental ethics and climate change that had been offered over a total of 45 semesters and summer school sessions in the past have now been discontinued.

The international curricula on these problems has moved elsewhere.  Students can now explore these issues through courses offered by universities like the University of East Anglia or through other online learning environments like the Citizen-Science Online Learning Initiative (CSOLI).

Greta Thunberg on viral Trump-stare: – I think I was very shocked

Environmental acitivst Greta Thunberg pairs up with documentary filmmaker and author Michael Moore in this exclusive interview with Scandinavian talk show Skavlan. In the video, 16-year-old Thunberg talks about what she thought of president Trump’s tweet about her, and she also comments on the stare that went viral. The interview was filmed in New York City in September 2019.

The 16-year-old Swedish environmental activist is leading the climate march in Montreal.

President Trump is taking on teen climate fighter Greta Thunberg after their frosty encounter at the United Nations Monday. The Swedish 16-year-old criticized world leaders for their lack of action to fight climate change. She has not mentioned Trump by name, but the president has suggested climate change does not exist or is not an immediate threat. On Monday night, the president tweeted, “She seems like a very happy young girl, looking forward to a bright and wonderful future, so nice to see.”

Thunberg is ‘not the messiah, she is an extremely anxious girl’

Putin On Greta Thunberg’s UN Rant: It’s Deplorable That The Girl Is Being Used By Some Groups

Russian President Vladimir Putin on Wednesday dismissed Greta Thunberg’s recent speech at the United Nations, where the Swedish teenage climate activist denounced world leaders for failing to combat climate change. “I may disappoint you, but I don’t share the common excitement about the speech by Greta Thunberg,” Putin said at an energy forum in Moscow.

Jeremy Corbyn: Boris Johnson’s plan is for a Trump-deal Brexit

Jeremy Corbyn responds in the Commons to Boris Johnson’s Brexit plan, calling it a rehashed version of previously rejected proposals that would trigger a ‘race to the bottom’ on worker, consumer and enviornmental rights. He asks if and when the PM will publish the full legal text of the plan, which he says would damage the economy of Northern Ireland and put the Good Friday agreement at risk. The government wants a Trump-deal Brexit, he concludes.