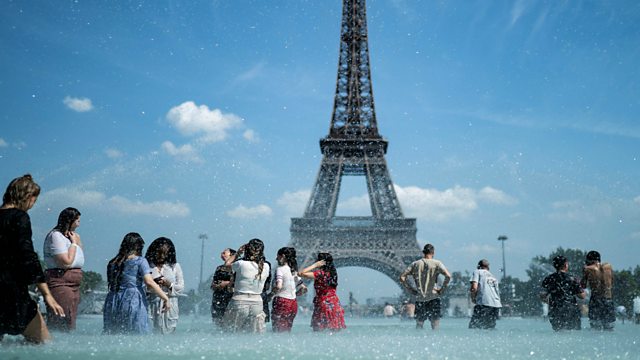 The recent European heatwave broke records, but how severe was it really and what were the underlying causes? Having run the numbers, climate scientists say global warming played a large part, and makes heatwaves in general more likely.

And we look at what seems an incredibly simple idea to counter the effects of global warming – plant more trees, but where and how many?

(Photo: People cool themselves down in the fountain of the Trocadero esplanade in Paris. Credit: AFP/Getty Images)