US President Donald Trump has cancelled a state visit to Denmark after the nation’s prime minister said Greenland was not for sale to the US.

The president was scheduled to visit on 2 September, at the invitation of Denmark’s Queen Margrethe II.

Then last week Mr Trump suggested the US was interested in buying Greenland, an autonomous Danish territory.

Danish PM Mette Frederiksen described the suggestion as “absurd” and said she hoped Mr Trump was not being serious.

Announcing the cancellation of his visit, Mr Trump tweeted: “Denmark is a very special country with incredible people, but based on Prime Minister Mette Frederiksen’s comments, that she would have no interest in discussing the purchase of Greenland, I will be postponing our meeting scheduled in two weeks for another time….”

A White House spokesman confirmed that the president’s visit had been cancelled.

Brazil’s Amazon rainforest has seen a record number of fires this year, according to new data from the country’s space research agency.

The National Institute for Space Research (Inpe) said its satellite data showed an 83% increase on the same period in 2018.

It comes weeks after President Jair Bolsonaro fired the head of the agency amid rows over its deforestation data.

Smoke from the fires caused a blackout in the city of Sao Paulo on Monday.

The daytime blackout, which lasted for about an hour, came after strong winds brought in smoke from forest fires burning in the states of Amazonas and Rondonia, more than 2,700km (1,700 miles) away.

Conservationists have blamed Mr Bolsonaro, saying he has encouraged loggers and farmers to clear the land.

Why are there fires in the Amazon?

Inpe said it had detected more than 72,000 fires between January and August – the highest number since records began in 2013. It said it had observed more than 9,500 forest fires since Thursday, mostly in the Amazon region.

The satellite images showed Brazil’s most northern state, Roraima, covered in dark smoke, while neighbouring Amazonas declared an emergency over the fires.

Chief executives from top companies announced efforts to build an economy that works for all Americans. The announcement came from the Business Roundtable, a group of nearly 200 CEOs led by Jamie Dimon, CEO of JPMorgan Chase. The group revised its mission statement to prioritize employees, communities and the environment, along with shareholders.

This shift comes after increased political and social criticism of wealth inequality and CEO pay as a growing number of companies rely on freelance and contract workers, who don’t receive employee benefits. Before now, the group’s mission was to maximize shareholder value, a philosophy that has guided the American corporations for decades.

But according to Margaret Blair, an economist at Vanderbilt University Law School, this change could bring back the practices of American corporations from last century, before shareholder primacy began to dominate boardrooms in the 1980s. Blair spoke with “Marketplace” host Kai Ryssdal about the implications of the change and how this could affect workers. The following is an edited transcript of their conversation.

Kai Ryssdal: First things first, I suppose. Were you surprised by this announcement today?

Margaret Blair: A little bit. It does seem to me that it’s an interesting development, indicating that there are certain people who are worried about the direction that capitalism has been going for the last 10 or 15 years or 20 years.

Ryssdal: And perhaps also, there’s some handwriting on the wall here. It’s become an issue in the campaign. This economy, as we all know, is changing. And I guess one does wonder where they’ve been that they’re just now catching up?

Why is the North Pole of interest for superpowers? What is it, that makes the North Pole so attractive that superpowers fight for supremacy? Climate change on the North Pole has not only caused more water, but also the possibility for ships to sail on new routes. A documentary that shows how the North pole has become a new battlefield, where superpowers look for economic growth and the Arctic people try to survive.

The ice in the North Pole is melting due to climate change, which also means that waterways are released in the summer that leads ships to raw materials that could not be extracted in earlier days. A run of superpowers on nickel and gold mines has sharpened geopolitical relationships and has major consequences for the lives of the Arctic people. A report in pictures, by photographers Kadir van Lohuizen and Yuri Kozyrev.

The Russian photographer Yuri Kozyrev and the Dutch photographer Kadir van Lohuizen traveled to the North Pole. The two photographers explored different areas. They recorded their journey in photos and on video and talked to the people they met along the way. Van Lohuizen visited the western part of the Arctic, where he meets the original inhabitants of the North Pole – the Inuit. They take him on a whale hunt and explain how the melting ice threatens their livelihood. He also travels with the Canadian army and joins the US Coast Guard at the North Pole, which monitors the shipping routes that have resulted out of the melting ice.

Military presence is growing as in the Arctic the battle for oil, gas, and minerals has begun. And this goes fast: especially the Russian part of the Arctic is changing at lightning speed. Ports are being built at a rapid pace and the Russians are building ice breakers in large numbers, so that container ship is able to sail on this new shipping routes in three weeks from China to Norway.

Photojournalist Yuri Kozyrev visits this fast-changing Russian Part: he sees the gas fields of the Russian gas company Gazprom, which are exploited with the latest techniques and he visits the Marine Academy, where young Russian recruits are trained. The boys, sometimes children, are taught about the climate and the handling of a gun, while they sing about the hero role they will play in the future.

Gazprom and the nomadic Nenets, who has been traveling through the polar regions for many years, are on the same ground. But this co-existence seems to be no longer balanced, as the melting North Pole offers economic opportunities but also threatens the lives of the original inhabitants. And the lives of everyone on this planet. What seems far away and out of sight is in fact really essential for mankind, then the North Pole ice functions as a kind of air conditioning for the Earth. Not doing anything is not an option.

This documentary was created by the photographers Kadir Van Lohuizen and Yuri Kozyrev, with support from The Carmignac Foundation. This fund supports research-oriented photo-journalistic projects with regard to human rights violations and the impact of climate change.

The battle against climate change by Paul Kingsnorth – Documentary

Former environmental activist and writer Paul Kingsnorth has withdrawn to Ireland on a unspoilt part of the earth. You could say that he lives now at the end of the world. A portrait of an end-time thinker who nevertheless does not give up hope and continues to believe in the power of nature.

Thinker and writer Paul Kingsnorth stood early on the barricades as a conservationist. He resisted the insatiable hunger of the globalized world for more land, resources and things in England and on the other side of the world in Papa New Guinea. Kingsnorth was one of the leaders of the environmental movement and reached a large international audience with its passionate speeches. But at some point, he came to terms that he had to revisit his belief that humanity could save the world.

In his bundled essays “Confessions of a recovering environmentalist” (2017) he describes how some weak-kneed accountants of this world hollowed out the green movement from the inside and exchanged the barricades for ties and conference tables. Limiting CO2 emissions became the new gospel because it was measurable and countable. But according to Kingsnorth, that is an illusion. He thinks that in his victory rush, the green movement of today exchanges the remaining wild nature for a wind or solar panel farm. The battle is lost.

Kingsnorth withdrew with his family to the Irish countryside to live self-sufficient. He founded the “Dark Mountain Project” in which writers, poets and artists are looking for a different view of the end of the world, based on the connection between man and nature. He exchanged his clenched fist and protesting voice for an inner, literary search for the question of what makes us human and what our place is on this magical planet.

NCTC students in English 1302 are reading Paul Kingsnorth’s Confessions of a Recovering Environmentalist as part of their year-long focus on environmental sustainability. NCTC English faculty, Mr. Jake Arnold, had the privilege of chatting with Mr. Kingsnorth on 11-27-2018 via Skype.

Paul Kingsnorth – King Of The Moment

A Post-Environmentalism Story. Edit Of: The battle against climate change by Paul Kingsnorth

Confessions of a Recovering Environmentalist and Other Essays: Paul Kingsnorth

Paul Kingsnorth was once an activist―an ardent environmentalist. He fought against rampant development and the depredations of a corporate world that seemed hell-bent on ignoring a looming climate crisis in its relentless pursuit of profit. But as the environmental movement began to focus on “sustainability” rather than the defense of wild places for their own sake and as global conditions worsened, he grew disenchanted with the movement that he once embraced. He gave up what he saw as the false hope that residents of the First World would ever make the kind of sacrifices that might avert the severe consequences of climate change.

Full of grief and fury as well as passionate, lyrical evocations of nature and the wild, Confessions of a Recovering Environmentalist gathers the wave-making essays that have charted the change in Kingsnorth’s thinking. In them he articulates a new vision that he calls “dark ecology,” which stands firmly in opposition to the belief that technology can save us, and he argues for a renewed balance between the human and nonhuman worlds.

This iconoclastic, fearless, and ultimately hopeful book, which includes the much-discussed “Uncivilization” manifesto, asks hard questions about how we’ve lived and how we should live.

Are the New Fascist Environmentally Friendly?

Fascism is using environmentalism as a new tactic to get young people to join whats being called Eco fascism. Dr, Mustafa Santiago Ali joins the Thom Hartmann program to explain the nearly contradictory politics of eco-fascism. 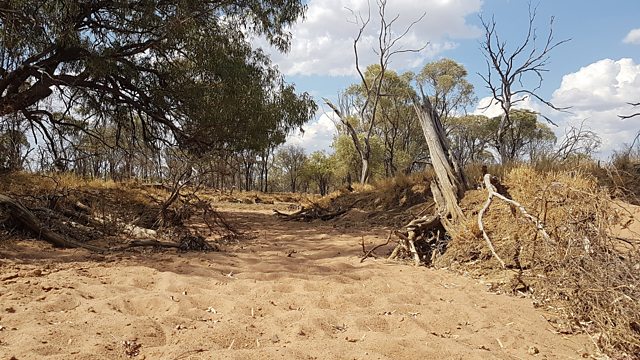 The CompassGround Shift: The Farming Revolution
Episode 4 of 4

Anna Jones asks young farmers how they plan to feed the world while protecting the land they have inherited. Can we balance commercial food production with the needs of our increasingly fragile natural environment?

In New Zealand, dairy farmer Richard Fowler talks about the epiphany which changed his whole approach to farming, and why he is willing to accept less milk for more grass and better soil.
In Iowa, USA, Wade Dooley is planting cover crops and returning livestock to worn-out fields that have grown only grain for decades. In a bid to save his soils and improve water quality, he’s learning to do more with less.

There is a shift in the mind-set of the Millennial farmer; whereas the past was about productivity, the future is about sustainability.
But the mood is different in Ghana, west Africa. Here the focus is on food security and driving productivity. Far from easing off on the chemicals, smallholder farmers are being urged to use more – and that comes from the top of Government. Anna sits down with the Minister for Agriculture, Dr Owusu Afriyie Akoto.

And in the Australian outback, a land hit by years of drought followed by catastrophic flooding, Anna asks how farmers will remain resilient in the face of climate change. What does the future hold for our Millennial farmers?