NOAA: July Was Officially the Hottest Month on Record + related

NOAA: July Was Officially the Hottest Month on Record 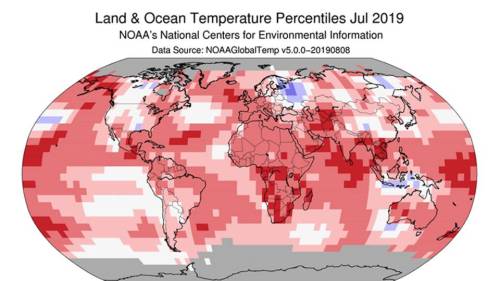 The National Oceanic and Atmospheric Administration has confirmed July was the Earth’s hottest month since record keeping began 140 years ago. In a statement, the NOAA said, “Much of the planet sweltered in unprecedented heat. The record warmth also shrank Arctic and Antarctic sea ice to historic lows.” July was the 415th consecutive month with above-average temperatures.

Meanwhile, Australia is facing criticism for watering down a climate agreement at the Pacific Island Forum, which has just wrapped up in Tuvalu. Fiji Prime Minister Frank Bainimarama tweeted, “We came together in a nation that risks disappearing to the seas, but unfortunately, we settled for the status quo in our communique. Watered-down climate language has real consequences — like water-logged homes, schools, communities, and ancestral burial grounds.”

A new Cornell University study finds that a global surge in methane gas emissions over the past decade is largely due to the fracking boom in the U.S. and Canada. Publishing in the journal Biogeosciences, professor Robert Howarth finds the recent increase in methane gas emissions is massive, with chemical fingerprints indicating a large increase of leaked gas from shale drilling. Methane is far more potent than carbon dioxide at trapping heat in the atmosphere, and methane is the second-largest greenhouse gas contributor. 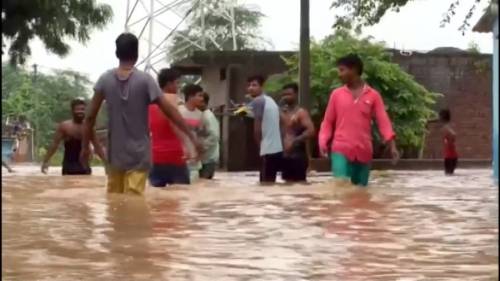 In other climate news, more than 270 people have died over the past two weeks in India due to heavy monsoon rains. More than 1 million people have been displaced.