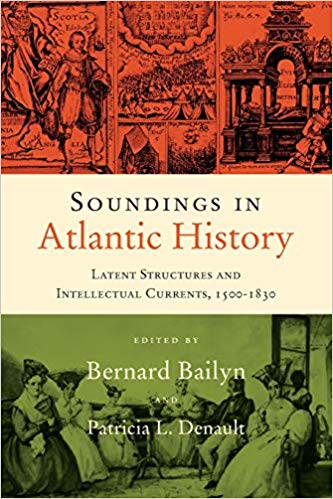 These innovative essays probe the underlying unities that bound the early modern Atlantic world into a regional whole and trace some of the intellectual currents that flowed through the lives of the people of the four continents. Drawn together in a comprehensive Introduction by Bernard Bailyn, the essays include analyses of the climate and ecology that underlay the slave trade, pan-Atlantic networks of religion and of commerce, legal and illegal, inter-ethnic collaboration in the development of tropical medicine, science as a product of imperial relations, the Protestant international that linked Boston and pietist Germany, and the awareness and meaning of the Atlantic world in the mind of that preeminent intellectual and percipient observer, David Hume.

In his Introduction Bailyn explains that the Atlantic world was never self-enclosed or isolated from the rest of the globe but suggests that experiences in the early modern Atlantic region were distinctive in ways that shaped the course of world history.

“With their emphasis on networks–economic, ecological, migratory, commercial, religious, intellectual, ideological–the wide-ranging essays in this book invite a host of new and exciting questions in Atlantic history. They reframe the Atlantic, offering new models to explain relationships in several ways: between Europe, Africa, and the Americas; between the political hearts of empires and the territories and subjects they sought to govern; and between empires and states. This volume is a feast for the imagination that will be valuable for both scholars and non-specialists.”―Alison Games, Georgetown University

“An impressive volume, ranging from smuggling to science, from ecology to the economy, from Benin to Buenos Aires, from Pietists to Puritans, and from Hipólito da Costa to Hume, reveals the vigor and freshness of Atlantic history. The magisterial introduction reveals the relationship between the latent and the manifest, the connection between subterranean forces and surface outlines. Overall, the general and particular combine superbly.”―Philip D. Morgan, Johns Hopkins University

“Engagingly written, the book demonstrates the shifting significance of the Atlantic World as well as its multiple significations in reality and over time. The Atlantic has made it possible to create a hybrid world, where what started as local ideas ultimately became globalized. Globalized localisms became globalized universalisms, enabling millions of people to subscribe to the same religions, read the same books and consume the same food. This book has enabled us to comprehend this mental and physical universe of the Atlantic World with enormous significance.”―Toyin Falola, H-Soz-u-kult Reviews

“This is a most illuminating body of work for anyone interested in the latest research on the Atlantic world.”―Xabier Lamikiz, International Journal of Maritime History

“Adds considerably to our understanding of Atlantic (and other) histories.”―Peter Coclanis, American Historical Review

Patricia L. Denault is Web Editor for the The Business History Conference. She is former Administrative Director of Harvard University’s International Seminar on the History of the Atlantic World, 1500–1825, and its Charles Warren Center for Studies in American History.