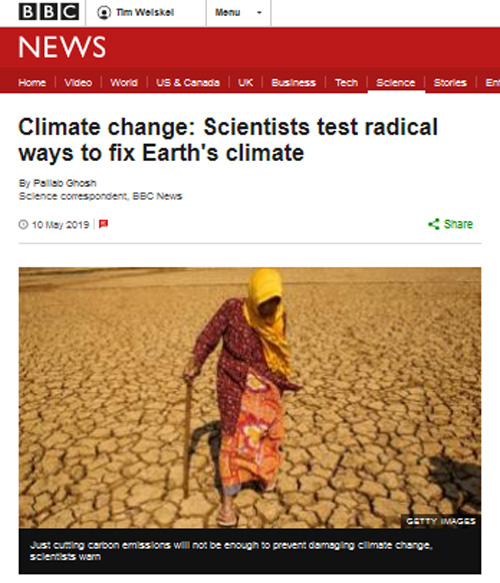 Scientists in Cambridge plan to set up a research centre to develop new ways to repair the Earth’s climate.

It will investigate radical approaches such as refreezing the Earth’s poles and removing CO2 from the atmosphere.

The centre is being created because of fears that current approaches will not on their own stop dangerous and irreversible damage to the planet.

The initiative is the first of its kind in the world and could lead to dramatic reductions in carbon emissions.

“What we do over the next 10 years will determine the future of humanity for the next 10,000 years. There is no major centre in the world that would be focused on this one big issue,” he told BBC News.

Some of the approaches described by Sir David are often known collectively as geoengineering.