Why recreating ancient artifacts may be the future of archaeology

2014 “Noam Chomsky”: Why you can not have a Capitalist Democracy

During the Q&A period after Noam Chomsky gave a lecture at 1199 SEIU Union Hall located in Dorchester, MA on September 30, 2014. “Capitalist Democracy and its Prospect’s” he spoke why you can not have a capitalist democracy. During the 18 minutes he speaks about one of the architects of modern Capitalism, Adam Smith, Laissez-faire Economics, people’s misinterpretations of Adam Smith specifically when it comes to what personal freedom actually is. He tears into what Modern Libertarianism has become in the US. He talks about the transitioning economy from being technology based to biology based. He finally discussed how people income impact political decisions and referred to the Orwellian term “Unpeople “to describe the largest percentage of people who are disenfranchised from political decisions and power and believes as compared to the occupy movement that the country is being rules in a Plutocracy ruled by the top 0.1% of wealth..

Unless otherwise indicated, all materials on in this video are copyrighted to Leigha Cohen Video, All rights reserved. No part of this video may be used for any purpose other than educational use and any monetary gain from this video is prohibited without prior permission from me. Therefore, reproduction, modification, storage in a retrieval system is prohibited. Standard linking of this video is allowed and encouraged.

Anti-Capitalist Chronicles: The Significance of China in the Global Economy

Support Anti-Capitalist Chronicles on Patreon! Your support helps us compensate the workers it takes to put an episode together: https://www.patreon.com/davidharveyacc [S1 E07] The Chinese economy is now the 2nd largest in the world. Prof. Harvey argues that China’s expansion saved capitalism after the 2008 crash. Transcription by: Victor Vulovic

Greenland’s Melt Is Accelerated by Rainfall, Even During Winter 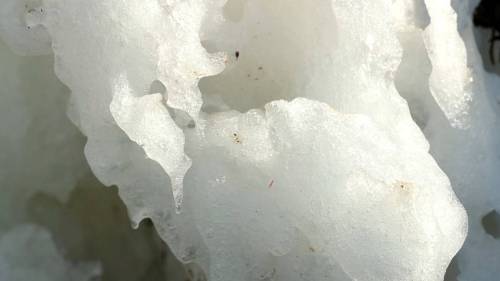 In climate news, a new study finds rainstorms are becoming far more frequent across Greenland—even in winter—accelerating the melting of vast areas of ice and setting the stage for global sea level rise that could inundate coastal areas home to hundreds of millions of people. The study published in the journal The Cryosphere found warmer temperatures have led to increased rainfall in Greenland, which triggers widespread ice melt and runoff, contributing to the 270 billion tons of Greenland’s ice added each year to the Earth’s oceans. 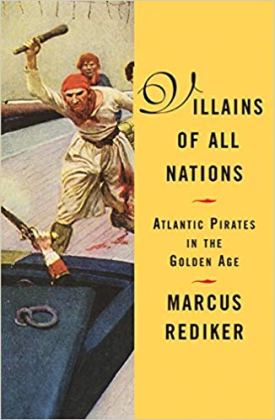 Villains of All Nations explores the ‘Golden Age’ of Atlantic piracy (1716-1726) and the infamous generation whose images underlie our modern, romanticized view of pirates.

Rediker introduces us to the dreaded black flag, the Jolly Roger; swashbuckling figures such as Edward Teach, better known as Blackbeard; and the unnamed, unlimbed pirate who was likely Robert Louis Stevenson’s model for Long John Silver in Treasure Island.

This history shows from the bottom up how sailors emerged from deadly working conditions on merchant and naval ships, turned pirate, and created a starkly different reality aboard their own ships, electing their officers, dividing their booty equitably, and maintaining a multinational social order. The real lives of this motley crew-which included cross-dressing women, people of color, and the’outcasts of all nations’-are far more compelling than contemporary myth.

Ryan N. Gajarawala
As the Gordon McKay Professor of Applied Physics at the Harvard School of Engineering and Applied Sciences, David Keith is best known for his work on the science, technology, and public policy of solar geoengineering.

Year after year, the threat of an impending climate catastrophe looms larger in the public consciousness. David W. Keith, an applied physics professor, is working on a solution.

David W. Keith’s office is tucked inside a glass skywalk between the Mallinckrodt and Hoffman labs, nestled within a maze of cramped hallways that belie the massive scale of his research. Year after year, the threat of an impending climate catastrophe looms larger in the public consciousness, and Keith, an applied physics professor, is working on a solution.

Keith is a co-director of Harvard’s Solar Geoengineering Research Program, a cross-disciplinary collaboration examining approaches to and policy surrounding solar geoengineering. He leads a group that researches solar geoengineering, a technique that aims to reflect some of the sun’s energy to mitigate global temperature increases. In 2019, Keith, in collaboration with Chemistry Professor Frank N. Keutsch, may become one of the first to execute a controlled experiment in geoengineering.

The experiment is called the Stratospheric Controlled Perturbation Experiment. It would test a version of geoengineering called Stratospheric Aerosol Injection, which involves spraying sulfate aerosols into the stratosphere to reflect a small percentage of incoming sunlight. It’s what media outlets have in recent months been calling “dimming the sun.”

SAI is only one of many proposed techniques under the heading of solar geoengineering. Other proposals have included sending mirrors to space, painting mountaintops white, and brightening the clouds over the ocean to make them more reflective. “The idea is actually really old,” Keith says. “In some sense there is not very much innovative here — the idea emerged about the same time as modern understanding of climate.” A number of researchers and advocates of geoengineering suggest that SAI would be one of the most efficient and cost-effective methods for geoengineering.

Rain is becoming more frequent in Greenland and accelerating the melting of its ice, a new study has found.

The massive Greenland ice-sheet is being watched closely because it holds a huge store of frozen water.

And if all of that ice melted, the sea level would rise by seven metres, threatening coastal population centres around the world.

Precipitation usually falls as snow in winter – rather than as rain – which can balance out any melting of the ice in the summer.

What did the scientists find?

The scientists studied satellite pictures of the ice-sheet which reveal the areas where melting is taking place.

And they combined those images with data gathered from 20 automated weather stations that recorded when rainfall occurred.

The findings, published in the journal The Cryosphere, show that while there were about two spells of winter rain every year in the early phase of the study period, that had risen to 12 spells by 2012.

On more than 300 occasions between 1979-2012, the analysis found that rainfall events were triggering a melting of the ice.

It’s raining on the Greenland ice — in the winter: Changing weather is triggering melting — ScienceDaily

Rainy weather is becoming increasingly common over parts of the Greenland ice sheet, triggering sudden melting events that are eating at the ice and priming the surface for more widespread future melting, says a new study. Some parts of the ice sheet are even receiving rain in winter — a phenomenon that will spread as climate continues to warm, say the researchers.