The War on Wheat – the fifth estate

​It’s a multi-billion dollar battle for your belly. Millions of people are joining the anti-wheat revolution. Kellogg’s, the world’s largest cereal maker, has seen its biggest drop in sales since the 1970s. Food companies are selling off their struggling bread divisions. It’s all because best-selling health evangelists say that wheat is causing everything from fat bellies to schizophrenia. But do they have science on their side? Mark Kelley takes a hard look at what’s driving a movement that is dramatically changing the way we eat.

Michael Ruppert discusses how the Bush/Cheney White house orchestrated 9/11 to create a reason to invade Iraq for their oil in this Media Mayhem remix clip.

Collapse mastermind Michael Ruppert joins Media Mayhem to continue his conversation about the dirty secrets of the US government. This time he pulls out the big guns when discussing 9/11, the Bush administration, and why Dick Cheney was such an important (and nefarious) figure. He also gives his thoughts on President Obama, and the overwhelming force that keeps the machine of US government ticking in the direction of criminality.

GUEST BIO: Michael Ruppert is an investigative journalist and author of two books, Crossing the Rubicon: The Decline of the American Empire at the End of the Age of Oil andConfronting Collapse: The Crisis of Energy and Money in a Post Peak Oil World.In the 1970s, Ruppert was a narcotics officer for the LAPD. While there, he discovered evidence that the CIA was complicit in the illegal drug trade. He alerted his superiors with this information and soon found himself dismissed even though he had an honorable record. These events spurred Ruppert to begin a new career for himself as an investigative journalist. He was the publisher/editor of the From The Wilderness newsletter which, until its closure in 2006, examined government corruption and complicity in such areas as the CIA’s involvement in the war on drugs, the Pat Tillman scandal, the 2008 economic collapse and issues surrounding Peak Oil. Ruppert has lectured widely on these topics and was the subject of a documentary, Collapse, in 2009 which was based on one of his books. Currently, he hosts the radio show, The Lifeboat, on the Progressive Radio Network.

9-11 in the Academic Community

Why China and the U.S. Are Vying for Dominance in Pakistan

In Pakistan, China and the U.S. are clashing over China’s One Belt, One Road initiative. To understand what’s at stake, it helps to take a look at why China is in Pakistan in the first place.

Work on Rome’s new state-of-the-art subway line near the Colosseum has been plagued by delays, but it’s also unearthed a surprise treasure trove of thousands of artifacts, including a Roman military barracks and an ancient home with more than a dozen rooms featuring frescoes, mosaic floors, and other decorations that are nearly intact. Special correspondent Christopher Livesay reports.

We Are Harvard – Veritas 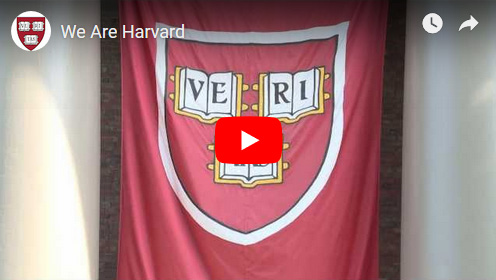