[This information represents the Boston news component of a lager series: Climate & Sea-Level Update: Digital Dispatches from a World on the Edge] 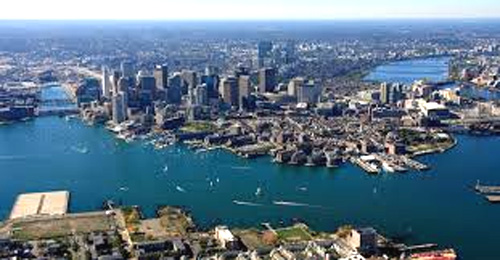 Like many other cities in the post-Columbian world after 1492, Boston was founded on an estuary along the coastline of eastern North America at the convergence of several river systems that drain into the Atlantic ocean.  It was organized from its inception as a safe harbor on the edge of a continent linked to a global nexus of maritime migration and trade.

Because of its location and history over the last four centuries Boston has invested heavily in coastal infrastructure for its business, commercial, residential and transportation needs.  Like many other post-Columbian port cities located at sea-level, it has enjoyed a considerable measure of prosperity over the centuries because of its location as a gateway to a well-endowed continent linked to numerous global seaborne trading empires. 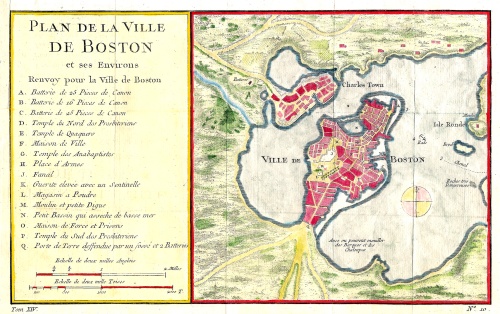 But Boston’s circumstance is changing rapidly — very rapidly.  In fact, the circumstances of nearly all the post-Columbian cities around the world are changing in much the same way.  Moreover things are changing more quickly than anyone had foreseen.  As global climate change becomes more pronounced post-Columbian cities around the world are beginning to encounter unprecedented challenges due to the increase in the severity and frequency of coastal storms, the anticipated increase in over land rainfall in its nearby river drainage basins and the inexorable rise of sea-level itself.

The response to these changes has been widespread.  Universities, marine research institutes, aquariums, science museums, public libraries, and a whole range of citizen public affairs and educational groups are developing innovative ways to inform and engage the public on the nature and pace of these transformations that all coastal populations must face from now onward.

Although this is a important and timely new initiative — based in part on the studies done by Dr. Paul Kirshen and his research team at the U. Mass Boston — it remains an open question as to whether these plans can be implemented or whether they will be effective in time=frame we have for action.  Dr. James Hansen has pointed out that even the aspirations of the Paris Climate accord are not sufficient to avert disaster for coastal cities around the world:

Because of the urgency of the situation on a local level citizens from Boston and well beyond throughout New England have begun to investigate their own community circumstances and link their local understandings with global trends through the use of directories to online climate information sources, including: 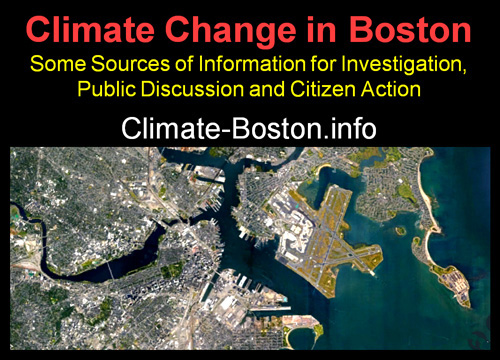 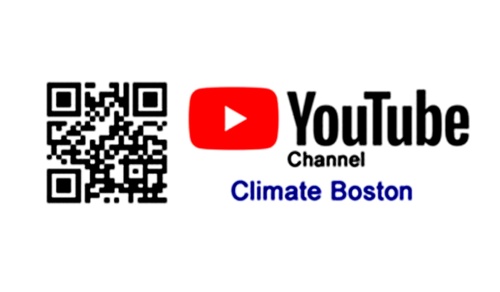