Cooper to Woodward: This part of book was terrifying

#climatechange #guymcpherson #globalwarming In this video I interview Guy McPherson a biologist and professor emeritus of the University of Arizona. He currently resides on a homestead in Belize. Dr. Mcpherson believes that the biggest threat facing mankind is global warming, that the threat is being downplayed and that its long past the point of being resolved as a phenomenon called ‘runaway climate change’ has already been put in motion.

Food and Agriculture Organization of the United Nations
Published on Sep 13, 2018

Animals, so important for food security – they provide us with milk, with eggs, with meat. But as global population growth has accelerated, so has the demand for animal produce – putting a strain on both farmers and the environment. Simply raising more animals is not an option; it would put even greater pressure on an already strained environment. The solution lies in increasing the productivity of those animals. This is usually done by selecting and breeding superior animals; but this is a slow process, it can take several years to determine their breeding potential. Now, with advances in genomics, it has become possible to estimate the breeding potential of an animal on the day of its birth, simply by looking at its DNA – or genome map. Just watch the animation and you will see how.

Food and Agriculture Organization of the United Nations
Published on Sep 13, 2018
Imagine you must identify a glass of seawater among a hundred glasses of drinking water merely by looking at them. Almost impossible! But what if the glass with the seawater had a small red dot – a marker – on it? You would solve the riddle in no time. Finding this marker is exactly what new developments in science now allow plant breeders to do. Plant breeders improve crops by using natural or artificially-induced genetic variation to develop new traits. But they face enormous difficulties when integrating these improved traits into the varieties that farmers prefer; it’s a process that requires a lengthy and cumbersome series of crosses, followed by testing and confirming at each step. But now, they can use modern DNA sequencing techniques to determine the plants’ entire genetic makeup. Just watch the animation and you will see how. 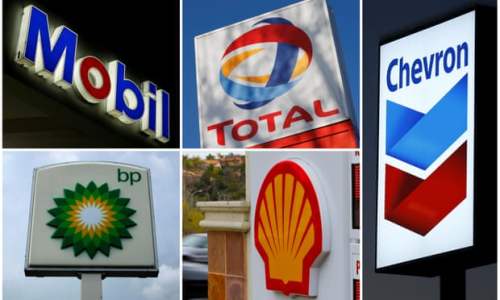 Corporate capture of academic research by the fossil fuel industry is an elephant in the room and a threat to tackling climate change.

On February 16, the Harvard Kennedy School’s Belfer Center hosted a film screening of the “Rational Middle Energy Series.” The university promoted the event as “Finding Energy’s Rational Middle” and described the film’s motivation as “a need and desire for a balanced discussion about today’s energy issues.”

Who can argue with balance and rationality? And with Harvard’s stamp of approval, surely the information presented to students and the public would be credible and reliable. Right?

The event’s sponsor was Shell Oil Company. The producer of the film series was Shell. The film’s director is Vice President of a family-owned oil and gas company, and has taken approximately $300,000 from Shell. The host, Harvard Kennedy School, has received at least $3.75 million from Shell. And the event’s panel included a Shell Executive Vice President.

In a new book, 27 psychiatrists and mental health experts asses President Donald Trump’s behavior. Do his impulses explain his decisions? The book’s editor Dr. Brandy Lee and Tony Schwartz, co-author of Trump’s “The Art of the Deal,” join Lawrence O’Donnell.

Original Project Censored story at: http://projectcensored.org/21-fossil-… Original Story Source at: Benjamin Franta and Geoffrey Supran, “The Fossil Fuel Industry’s Invisible Colonization of Academia,” Guardian, March 13, 2017, https://www.theguardian.com/environme…. Video by Sage Healy Without the public’s awareness, fossil fuel interests—representing oil, gas, and coal companies as well as utilities and investors—have “colonized nearly every nook and cranny of energy and climate policy research in American universities,” two researchers at Stanford University and the Massachusetts Institute of Technology (MIT) reported in the Guardian in March 2017. Fossil fuel interests dominate energy and climate policy research at the nation’s most prominent universities, including Harvard, MIT, Stanford, and the University of California, Berkeley. “The very experts we assume to be objective, and the very centers of research we assume to be independent,” Benjamin Franta and Geoffrey Supran wrote, “are connected with the very industry the public believes they are objectively studying. Moreover, these connections are often kept hidden.” The result is more than a “conflict of interest,” Franta and Supran reported. These are “industry projects with the appearance of neutrality and credibility given by academia.”