President Xi calls for efforts to expand BRICS Plus cooperation

View full lesson: http://ed.ted.com/lessons/population-… Population statistics are like crystal balls — when examined closely, they can help predict a country’s future (and give important clues about the past). Kim Preshoff explains how using a visual tool called a population pyramid helps policymakers and social scientists make sense of the statistics, using three different countries’ pyramids as examples. Lesson by Kim Preshoff, animation by TED-Ed. 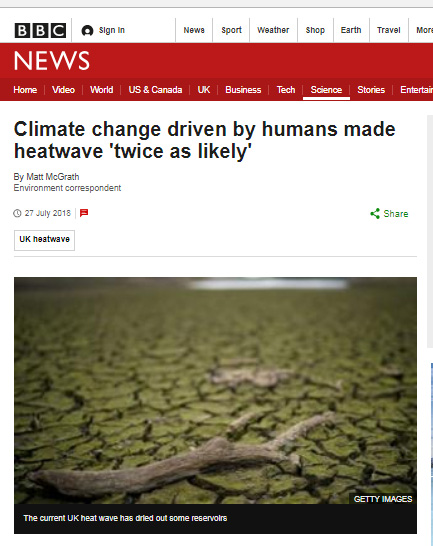 Climate change resulting from human activities made the current Europe-wide heatwave more than twice as likely to occur, say scientists

Their preliminary report found that the “signal of climate change is unambiguous,” in this summer’s heat.

They also say the scale of the heatwave in the Arctic is unprecedented.

The scale and breadth of the current heat being experienced across Europe has prompted many questions about the influence of global warming on extreme events.

To try and see if there is a connection, researchers defined a heatwave as the three warmest consecutive days in a year and looked at data from seven weather stations, in Finland, Denmark, Ireland, the Netherlands, Norway and Sweden.

They chose these locations because they all had digitised records dating back to the early 1900s, unlike the UK. The team also used computer models to assess the scale of human-influenced climate change.

The researchers found that in the weather stations in the Netherlands, Ireland and Denmark, climate change has generally increased the odds of the current heatwave by more than two-fold. 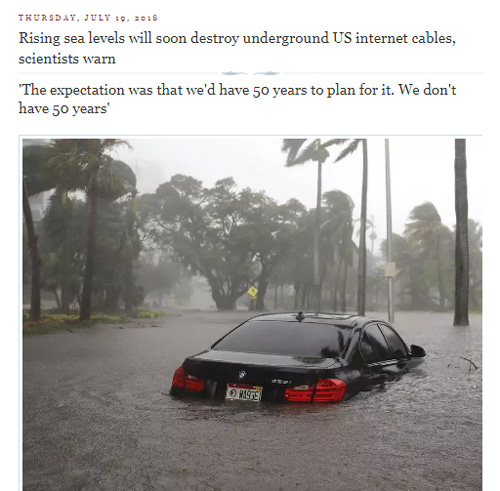 Underground internet cables criss-crossing coastal regions will be inundated by rising seas within the next 15 years, according to a new study.
Thousands of miles of fibre optic cables are under threat in US cities like New York, Seattle and Miami, and could soon be out of action unless steps are taken to protect them.
The report, presented at a meeting of internet network researchers in Montreal, is among the first to reveal the damage a changing climate will cause for the network of cables and data centres that underpins so much of modern life.
What shocked computer scientist Professor Paul Barford and his colleagues most when they investigated the effect of rising tides on US cities was the speed at which the internet will be compromised.
“Most of the damage that’s going to be done in the next 100 years will be done sooner than later,” said Professor Barford, a researcher at the University of Wisconsin-Madison.

Why Do India And China Have So Many People?

Please subscribe! http://goo.gl/EpIDGd And support us on Patreon: https://www.patreon.com/MinuteEarth
India and China have so many people today because they’re good for farming and big, but they’ve always been that way, so they’ve actually had a huge proportion of Earth’s people for thousands of years.
Thanks to the University of Minnesota for sponsoring this video! http://twin-cities.umn.edu/

7 Billion: How Did We Get So Big So Fast?

Subscribe to NPR! http://bit.ly/NPRsubscribe It was just over two centuries ago that the global population was 1 billion — in 1804. But better medicine and improved agriculture resulted in higher life expectancy for children, dramatically increasing the world population, especially in the West. As higher standards of living and better health care are reaching more parts of the world, the rates of fertility — and population growth — have started to slow down, though the population will continue to grow for the foreseeable future. U.N. forecasts suggest the world population could hit a peak of 10.1 billion by 2100 before beginning to decline. But exact numbers are hard to come by — just small variations in fertility rates could mean a population of 15 billion by the end of the century. Produced by Adam Cole Cinematography by Maggie Starbard