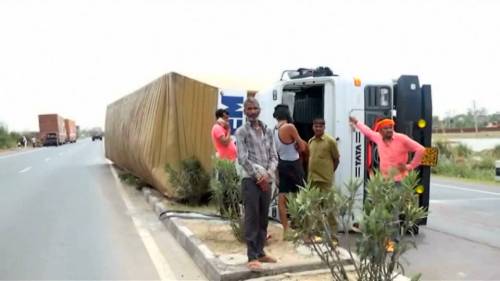 In India, the death toll from heavy rainfall and a major dust storm has risen to 127, as officials blamed “heat wave” conditions for extreme weather that came weeks ahead of the normal monsoon season. The deaths came days after an unprecedented heat wave in neighboring Pakistan saw temperatures in parts of the country climb above 50 degrees Celsius Monday—or 122 degrees Fahrenheit—an all-time record for Pakistan in April. The extreme weather came as Oxfam reported that wealthy countries have contributed only about half of a $100 billion target pledged under the Paris climate accord to help poorer nations reduce their greenhouse gas emissions and adapt to a warming planet.