On a Sinking Island

In the morning fog the captain moors his boat, the Osprey. We can’t see Great Duck Island, which is only 250 feet away. The 46-foot boat, which belongs to College of the Atlantic, is bringing professor John Anderson and four students back to the island this morning, 16 miles from Bar Harbor, Maine, to continue their bird research.

Two students get into an orange inflatable landing boat that’s tied to the Osprey’s stern. It’s packed with gear—watertight boxes and plastic jugs and backpacks and two long oars in case the outboard motor quits. Everything has to come to the island on this rubber craft: peanut butter, potable water, gasoline, lumber (three planks on this trip), and propane tanks.

The boat’s silhouette disappears in the fog, and moments later the fog thins so that the day is both occluded and bright at the same time. I can see the island’s little white boathouse, the only building on this shore, and the long ramp down to the water.

I board for the next landing. Arriving at the island, the orange craft runs right up the slippery ramp, which looks like a wet roller coaster track, and Anderson immediately walks me out about a quarter of a mile, no more, from the boathouse. Great Duck is a mile and a half long and all of 220 acres. At a time when gulls were hunted to near extinction, Great Duck was home to the last big gull colony on the East Coast. The Nature Conservancy acquired the island in 1998, and today shares it with the college, the state of Maine, and a private summer resident. The college owns about 12 acres, which includes the lighthouse, the head keeper’s house, and two boathouses.

We walk on an old track through a wind-thrown spruce forest until we come to a low meadow sitting before the next rise. Like a good teacher, Anderson lets me look things over, saying nothing, until I ask him for an explanation.

“You’re basically at sea level, where you’re standing right now,” he says. “This is very typical of a lot of the islands up and down the coast.” We are standing in a “surge channel” between two small granite domes. A natural seawall of cobbles keeps the sea out—for now. The sea has rushed in twice in the recent past, during a hurricane in the 1930s and when a big winter storm in the 1960s filled the channel for weeks.

The state of Michigan has approved a controversial permit to allow Nestlé, the largest water bottling company in the world, to expand its operations in the state. Michigan’s Department of Environmental Quality has given the OK to Nestlé to withdraw 400 gallons a minute from the state’s groundwater table despite receiving over 80,000 public comments against the project. Nestlé is not required to pay anything to extract the water, besides a small permitting fee to the state and the cost of leases to private landowners. According to one count, Nestlé’s bottled water is 7,000 times more expensive than what Nestlé is actually paying for it. Critics say Nestlé shouldn’t be allowed to profit from the state’s natural resources at a time when Michigan cities like Flint are still facing a crisis over contaminated water. 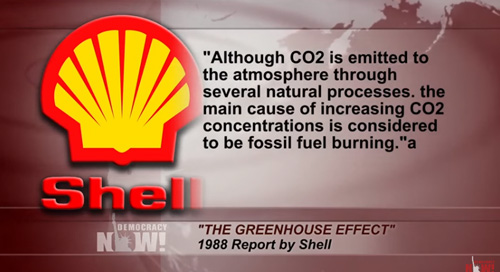 A Dutch news organization has published a trove of internal documents from the oil giant Shell showing the company knew about the link between fossil fuel and global warming as far back as the 1980s. Despite their own findings, Shell, like other oil companies, publicly disputed the climate science for decades. One confidential 1988 report from Shell was titled “The Greenhouse Effect.” It read, “Although CO2 is emitted to the atmosphere through several natural processes … the main cause of increasing CO2 concentrations is considered to be fossil fuel burning.” Friends of the Earth Netherlands is threatening to sue Shell unless it increases efforts to comply with the Paris climate accord.

In environmental news, 14 states have sued the Environmental Protection Agency, accusing the agency of failing to issue regulations for curbing emissions of methane from existing oil and gas operations as required under the Clean Air Act. This comes as EPA head Scott Pruitt is facing a growing number of ethics scandals. The New York Times has revealed at least five officials at the EPA were reassigned or demoted, or requested new jobs, in the past year after they raised concerns about the spending and management of Pruitt. He has faced a number of scandals in recent weeks over his renting of a D.C. condo from an energy lobbyist, his first-class travel arrangements and his role in securing massive raises for two close aides at the EPA. 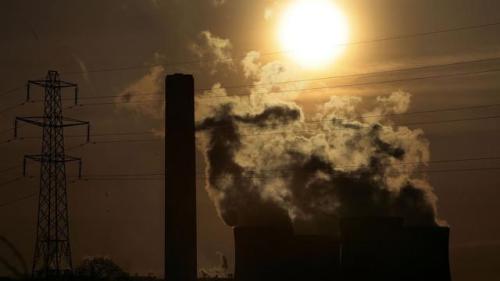 For the last three decades the greatest disinformation campaign of our time convinced millions of Americans to reject the fairly basic science of greenhouse gas pollution. Like earlier tobacco campaigns, the simple purpose is protecting sales of industry products, in this case coal, oil and gas.

But ExxonMobil is hardly alone. Increasingly, reports describe fossil fuel industry funding of conservative think tanks such as the Heritage Foundation, American Enterprise Institute, and others known for peddling skepticism on climate science. Their custom-crafted messages enter news cycles via conservative politicians and sympathetic media outlets. Or in the case of the Heartland Institute, supported by Peabody Energy and other coal giants, by erecting billboards likening climate scientists to serial killer Ted Kaczynski.

Climate disinformation has been expertly served to the public. Consider the so-called “climate-gate” scandal, founded on selective reading of emails stolen from researchers. First surfacing in 2009, it was debunked by eight independent investigations. Yet for years, conservative news and commentary shows pushed the story, which Republican lawmakers cited to justify inaction on climate. Research from George Mason University showed the campaign increased public skepticism about climate change, especially among conservative voters.

How Big Wireless War-Gamed the Science on Risks, While Making Customers Addicted to Their Phones

https://democracynow.org – We continue our conversation with Mark Hertsgaard, The Nation’s environment correspondent and investigative editor, who co-authored a major new exposé: “How Big Wireless Made Us Think That Cell Phones Are Safe.” He discusses how wireless companies “war-gamed the science” by funding friendly studies and attacking critical ones; the potential dangers of the pending expansion of 5G with the “Internet of Things”; the role of the telecommunications industry officials turned federal regulators; and how companies deliberately addicted customers to this technology through the addition of social media.

What impact do you have on the planet? (360 video)