Meatless Mondays: What Do Universities Consider Sustainable and What is Ethical Eating? 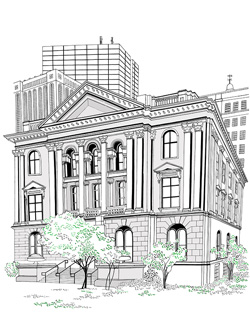 We are builders of places where people want to be.

Every day, we challenge ourselves and the status quo, striving to exceed expectations for our guests, our tenants, and our partners. Our business is founded on relationships; our reputation is our greatest currency.

Climate Change News
Published on Mar 12, 2018
US storm PATH update LIVE: 18ins of HEAVY SNOW to hit USA – Noreaster poses DANGER to LIFE
THE USA will be hit by another dramatic storm this week bringing with it dangerous heavy snow and fierce winds as the storm looks set to smash the coast in two weeks. Here are live updates and the latest news on storm Skylar’s path and tracking.
Winter Storm Skylar will bring heavy snow and gusty winds to the Northeast early this week, marking the third coastal storm to affect the region in a span of fewer than two weeks.

Skylar will also lay down a blanket of snow from the Ohio Valley into the Appalachians before its arrival on the East Coast.

The National Weather Service has issued winter weather advisories from parts of Northwestern Pennsylvania, New Jersey up through Maine.

More than 38 million are under a winter weather advisory or warning from the Tennessee Valley into New England including New York City, Boston, and Portland, Maine.

Snow will move into the region on Monday evening, spreading into far northern Maine by late afternoon Tuesday – with up to 20 inches possible in some areas, the NWS says.

The NWS said: “A developing nor’easter forecast to affect the East Coast again. Unfortunately nor’easters impact millions of people in the eastern U.S. with heavy snow and strong winds.”

Advice includes checking your forecast for your area, purchasing a shovel and snow-melting materials, and fulling up your car’s petrol tank.

1.06pm update: Crews are still trying to restore power to thousands of homes after last storm

Thousands of people were left without power when the last two nor’easters hit the USA.

In New Jersey , PSE&G crews are still trying to restore service to about 800 customers. At one point, well over 100,000 PSE&G customers were without power.

JCPL has about 4,000 customers without power but says it plans to restore service to everyone by Monday night.

New Jersey Gov. Phil Murphy responded to all of the outages, tweeting over the weekend: “As of now, @JCP_L has committed to restoring power by this evening for all customers who lost power during the first storm.

“We will hold them accountable for this promise to the people of New Jersey.

“Once all power has been restored to every New Jersey resident and business, our administration will begin an investigation into what went wrong and how utilities could have responded better.”

Monday: Some sun but with increasing afternoon clouds. High: 42.

A must do list for climate change in Greater Boston

Climate Change News
Published on Mar 10, 2018
A must-do list for climate change in Greater Boston
THE THREAT OF climate change feels distant — until it doesn’t.

A pair of powerful storms, one in January and another this month, provided an alarming preview of what’s to come: a woman clutching her child in the floodwaters in Quincy, tens of thousands going without power for days, and the future site of General Electric’s downtown Boston headquarters inundated with water.

State and local officials have done an admirable job analyzing the long-term risks. And in Boston, a couple of pilot projects are in the works: one that will raise a portion of Main Street in Charlestown and another that will create a flood wall that can be rapidly deployed to protect a part of East Boston.

But the recent storms have made it clear that we need more urgency. More resources. And we’ve got to be smart about how we deploy them. Below, some guiding principles — and some specific recommendations — for a region coming face-to-face with its epochal challenge.

Think big. Much of the climate change planning in the region anticipates sea level rise of up to three feet by the end of the century. And that could be handled without offending community sensibilities or riling up property owners too much, says Paul Kirshen, professor of climate adaptation at the University of Massachusetts Boston: Relatively small, unobtrusive barriers and attractive green spaces would be enough to block and soak up the water. But if greenhouse gas emissions remain at current levels, he warns, sea level rise could top 7 feet. That means bigger structures at bigger cost, with more blocked sight lines. It also means giving up on shoreline development in some cases. This is a much more difficult conversation, but an essential one.

Think heat. The dramatic flooding of the last few months has focused public attention on the dangers of rushing water. But experts say our primary challenge may be hotter temperatures. Between 1971 and 2011, the thermometer topped 90 degrees in Boston for about 11 days per year.

In Pennsylvania, regulators have ordered an emergency shutdown of a major gas pipeline Wednesday, after massive sinkholes began opening up around the pipeline in suburban Philadelphia, forcing some residents to evacuate. The state’s Public Utility Commission ordered the temporary shutdown of Sunoco’s Mariner East 1 system, warning its continued operation and the construction of the adjoining Mariner East 2 pipeline could have “catastrophic results.” Sunoco is a subsidiary of the pipeline giant Energy Transfer Partners, which is also behind the controversial Dakota Access pipeline.

In San Francisco, an appeals court has ruled that a group of young people suing the Trump administration over climate change can take their lawsuit to trial. The 21 youth are arguing the government has failed to take necessary action to curtail fossil fuel emissions, violating their constitutional rights. They first launched their lawsuit under the Obama administration.

In Reversal, WH to Exempt Mexico & Canada from Tariffs If They Sign New NAFTA Deal 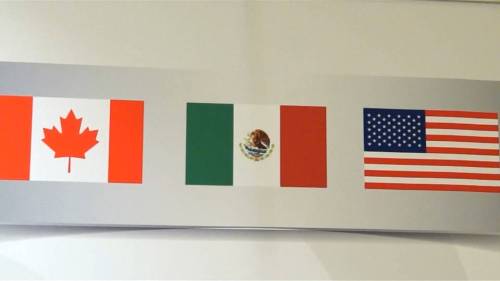 White House trade adviser Peter Navarro now says the Trump administration will initially exclude Mexico and Canada from Trump’s new steel and aluminum tariffs, as long as the two countries sign a new version of NAFTA, the North American Free Trade Agreement. This is a reversal since Sunday, when Navarro said there would be no exceptions. The announcement comes as President Trump’s son-in-law and senior White House adviser Jared Kushner traveled to Mexico to meet with Mexican President Enrique Peña Nieto. Meanwhile, Trump’s proposed steel and aluminum tariffs are causing major tensions with another key U.S. ally: South Korea, which is a major exporter of steel to the United States. The tariffs threaten to further deteriorate the relationship between the U.S. and South Korea at a time of increased nuclear threat on the Korean Peninsula.

11 Nations Gather in Chile to Sign New Version of TPP, Without U.S. 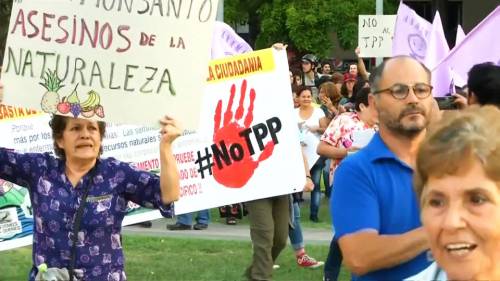 And in more trade news, officials from 11 nations have gathered in Santiago, Chile, where they are slated to sign the sweeping trade agreement formerly known as the Trans-Pacific Partnership, or the TPP. President Trump pulled the United States out of the sweeping trade deal shortly after taking office, after years of global public resistance by those who say free trade deals benefit corporations at the expense of health and environmental regulations. But the rest of the nations involved in the pact have gone forward with the deal, now called the Comprehensive and Progressive Agreement for Trans-Pacific Partnership, which will represent about a seventh of the world’s economy.

According to The New York Times, emails sent by Utah Senator Orrin Hatch show oil extraction was central in the decision to shrink the Bears Ears National Monument in southeastern Utah last year, despite fierce opposition from Native Americans and environmentalists. One of the emails sent by Senator Hatch’s office to the Interior Department reads, “The new boundary depicted on the map would resolve all known mineral conflicts … within the Bears Ears.” This email directly contradicts Interior Secretary Ryan Zinke’s statements last year in which he claimed, “Bears Ears isn’t really about oil and gas.”