As giant storms hammer Boston, officials are doing little to prepare for them – The Washington Post 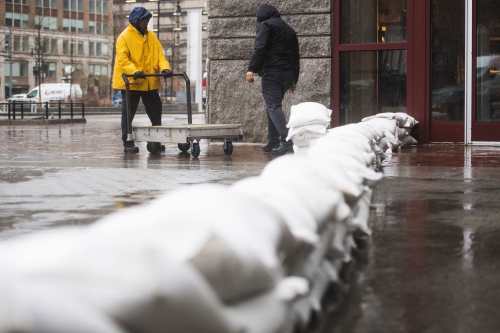 The monster came right back.

For the second time in weeks, Boston and scenic shore communities were lashed by a hundred-year storm. It left little doubt to some that near-hurricane-force winds that drive freezing floodwaters into business districts and neighborhoods are becoming a new normal for which the city and its surrounding area are not prepared.

In other words, impacts from climate change, which were supposed to wallop the area 80 years from now, are already menacing a region that is only beginning to talk about ways to protect itself.

I HAVE A QUESTION: Can China completely eradicate poverty?

An analytical and historical look into the trend of rising sea levels, the effects of which are already being felt today, and the impact it could have on our shorelines in the not so distant future.

At the Stable Isotope Lab in Boulder, Colo., scientists are doing a lot of the same things that those CSI folks do on TV. But instead of being “crime scene investigators,” these experts are more like “cold scene investigators.” Geoscientists like lab director Jim White work primarily with one raw material : ancient ice, in the form of ice cores. The ice cores come from Greenland and Antarctica. And, says White, they hold secrets from thousands of years ago. The information extracted from this ice could play a critical role in understanding and preparing for any imminent changes to our planet from global warming.

Discover how data from the ice core record are used to help scientists predict the future of our climate. (Please note that this is the final in a three-part series, which includes the first “Ancient Ice and Our Planet’s Future” and the second “Life on the Ice”)

The public perspective of climate change in the city.