Under Trump, The EPA Has Completely Stopped Doing Its Job

The Energy of Slaves: Andrew Nikiforuk

Ancient civilizations routinely relied on shackled human muscle. It took the energy of slaves to plant crops, clothe emperors, and build cities. In the early 19th century, the slave trade became one of the most profitable enterprises on the planet. Economists described the system as necessary for progress. Slaveholders viewed religious critics as hostilely as oil companies now regard environmentalists.

Yet the abolition movement that triumphed in the 1850s had an invisible ally: coal and oil. As the world’s most portable and versatile workers, fossil fuels replenished slavery’s ranks with combustion engines and other labor-saving tools. Since then, oil has changed the course of human life on a global scale, transforming politics, economics, science, agriculture, gender, and even our concept of happiness. But as best-selling author Andrew Nikiforuk argues in this provocative book, we still behave like slaveholders in the way we use energy, and that urgently needs to change.

Cheap oil transformed the United States from a resilient republic into a global petroleum evangelical, then a sickly addict. Modern economics owes its unrealistic models to fossil fuels. On the global stage, petroleum has fueled a demographic explosion, turning 1 billion people into 7 billion in just a hundred years. 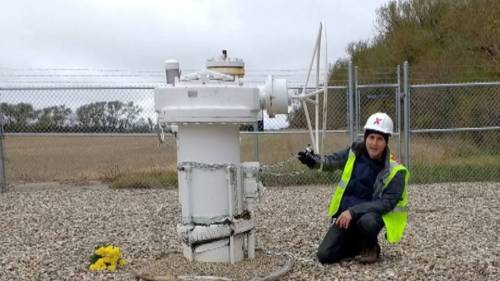 In North Dakota, a court has sentenced anti-pipeline activist Michael Foster to one year in prison, after he broke into an oil pipeline facility and turned a manual safety valve to cut off the flow of tar sands oil coming into the United States from Canada. Foster was one of 10 people arrested in October 2016 as part of a coordinated campaign that saw similar actions in Minnesota, Montana and Washington state.

California officials moved Wednesday to block oil from newly approved offshore oil rigs from being transported through their statein the latest move by a state to resist President Trumps order to vastly expand drilling in U.S. federal waters. California Lieutenant Governor Gavin Newsom, who chairs the State Lands Commission, told reporters, I am resolved that not a single drop from Trumps new oil plan ever makes landfall in California. 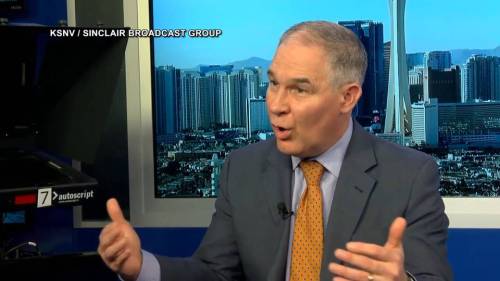 Environmental Protection Agency administrator Scott Pruitt admitted this week that global warming is occurring, but questioned whether climate change might not be good for humans. Pruitt was speaking on Las Vegas channel KSNV, which is owned by the Sinclair Broadcast Group.

Scott Pruitt: “Is it an existential threat? Is it something that is unsustainable? Or what kind of effect or harm is this going to have? I mean, we know that humans have most flourished during times of what? Warming trends. I mean, so I think there’s assumptions made that because the climate is warming, that that necessarily is a bad thing. Do we really know what the ideal surface temperature should be in the year 2100, in the year 2018? And that’s somewhat—you know, fairly arrogant for us to think that we know exactly what it should be in 2100.”

Researchers from the University of North Carolina have found that climate change will cause 260,000 deaths globally by 2100 through air pollution alone—while threatening the food supply of billions of people even as sea level rise inundates coastal cities around the planet.