Coming to learn about our history….

“In the ways that we teach and learn about the history of American slavery,” write the authors of a new report from the Southern Poverty Law Center (SPLC), “the nation needs an intervention.”

This new report, titled Teaching Hard History: American Slavery, is meant to be that intervention: a resource for teachers who are eager to help their students better understand slavery — not as some “peculiar institution” but as the blood-soaked bedrock on which the United States was built.

The report, which is the work of the SPLC’s Teaching Tolerance project, is also an appeal to states, school district leaders and textbook-makers to stop avoiding slavery’s hard truths and lasting impact.

The Teaching Tolerance project began in 1991, according to its website, “to reduce prejudice, improve intergroup relations and support equitable school experiences for our nation’s children.”

The report includes the “dismal” results of a new, multiple-choice survey of 1,000 high school seniors — results that suggest many young people know little about slavery’s origins and the government’s role in perpetuating it. Just a third of students correctly identified the law that officially ended slavery, the 13th Amendment, and fewer than half knew of the Middle Passage. Most alarming, though, were the results to this question:

Which was the reason the South seceded from the Union?

a. To preserve states’ rights

b. To preserve slavery

Nearly half blamed taxes on imported goods. Perhaps, the report’s authors guessed, students were confusing the Civil War with the Revolutionary War.

How Much Do You Know About American Slavery?

Take this test and find out. 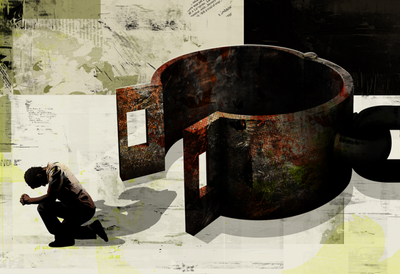 What is the “proper” context for recalling life on a plantation — BBC Newshour Report – 3 October 2019:

Trump Has Zero Understanding of American History: Historians on His Presidency (2017)

During the early 1990s, Brinkley taught American Arts and Politics for Hofstra aboard the Majic Bus, a roving transcontinental classroom, from which emerged the book The Majic Bus: An American Odyssey (1993). In 1993, he left Hofstra to teach at the University of New Orleans, where he taught the class again using two natural-gas fueled buses. According to the Associated Press, “…if you can’t tour the United States yourself, the next best thing is to go along with Douglas Brinkley aboard The Majic Bus.”[6]

Brinkley’s first book was Jean Monnet: The Path to European Unity (1992). The publication of Dean Acheson: The Cold War Years (1992) brought Brinkley popular acclaim. He then co-edited a monograph series with Arthur Schlesinger, Jr. and William vanden Heuvel in the 1990s. Brinkley also edited a volume on Dean Acheson and the Making of US Foreign Policy with Paul H. Nitze (1993). In 1999, he published The Unfinished Presidency about Jimmy Carter’s active and influential post-presidency.

Brinkley is the literary executor for his late friend, the journalist and author Hunter S. Thompson. He is also the editor of a three-volume collection of Thompson’s letters. Brinkley is also the authorized biographer for Beat generation author Jack Kerouac, having edited Kerouac’s diaries as Windblown World (2004).

In 2004, Brinkley released Tour of Duty: John Kerry and the Vietnam War, about U.S. Senator John Kerry’s military service and anti-war activism during the Vietnam War. The 2004 documentary movie, Going Upriver: The Long War of John Kerry is loosely based on Brinkley’s book.[9] Brinkley also wrote the Atlantic Monthly cover story of December 2003 on Kerry.[10]

Brinkley’s book The Great Deluge: Hurricane Katrina, New Orleans, and the Mississippi Gulf Coast is a record of the effects of Hurricane Katrina on the Gulf Coast. The book won the 2007 Robert F. Kennedy Book Award and was a Los Angeles Times book prize finalist. He also served as the primary historian for Spike Lee’s documentary about Hurricane Katrina, When the Levees Broke: A Requiem in Four Acts. Critic Nancy Franklin in The New Yorker noted that Brinkley made up a “large part” of the film’s “conscience.”[11]

FX Productions has announced that they will develop The Great Deluge for the second season of the network’s award-winning American Crime Story series, to air in 2017. According to the Hollywood Reporter, the series will contain thirteen to fifteen episodes.[12]

Brinkley’s biography of Walter Cronkite, Cronkite was published in 2012.[13] It was also selected as a Washington Post Book of the Year.

Brinkley and Johnny Depp were nominated for a Grammy for their co-authoring of the liner notes to the documentary: Gonzo: The Life and Work of Dr. Hunter S. Thompson.[14] He also co-edited with Johnny Depp the long lost novel of Woody Guthrie titled House of Earth.

Aristocracy, Fortune, and the Politics of Deceit in the House of Bush (2004)

Is Harvard Worth the Cost? Problems with the Richest, Most Powerful University in the World (2005)

Nuclear weapons strategy in the United States is designed around “presidential first use,” an arrangement that enables one man, the president, to kill and maim many millions of people in a single afternoon. What legal or philosophical principle differentiates the moral harm or moral wrong that would be attributed to a terrorist, non-state actor or hacker who delivered a nuclear weapon from a presidential launch of a nuclear weapon?

The conference brought together international and constitutional scholars and statesmen to examine the nature of presidential first use in the United States, as well as parallel arrangements in the other eight nuclear states. Senator Markey and Congressman McGovern described H.R.669/S.200 “Restricting First Use of Nuclear Weapons Act of 2017.”