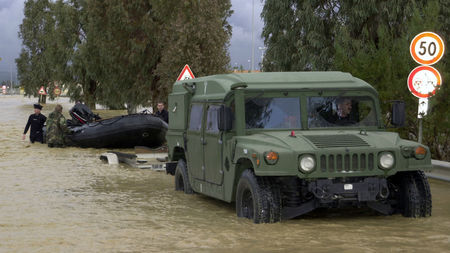 About half of the military’s infrastructure has been affected by extreme weather and other climate-related risks, according to a Pentagon report obtained by a nonpartisan climate think tank.

dated January 2018 and published yesterday by the Center for Climate & Security in Washington, D.C. — surveyed more than 3,500 military sites around the world. It found that about 50% of bases reported effects from events like storm surge flooding, wildfire, drought and wind.