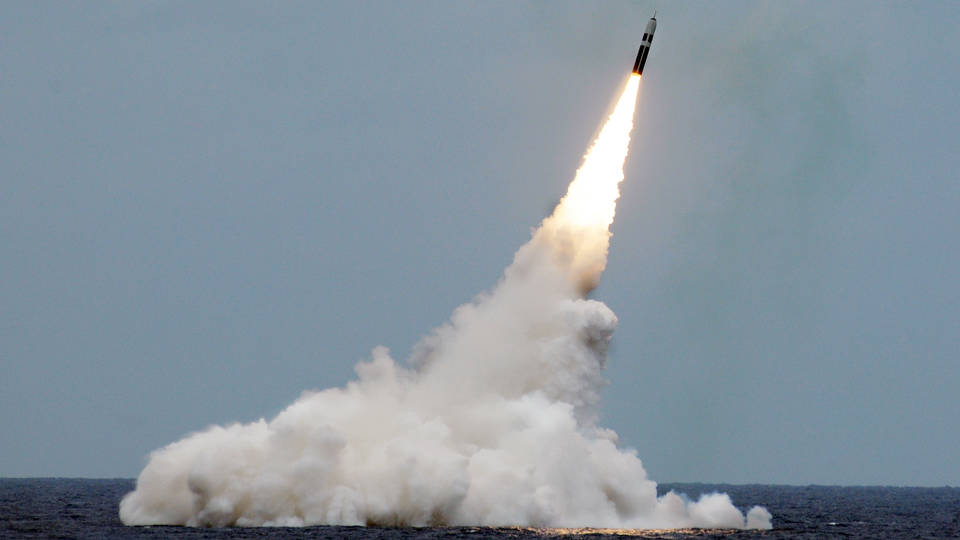 The New York Times reports the Pentagon is quietly preparing for a potential war with North Korea, with the U.S. military launching a series of war games and exercises from Fort Bragg, North Carolina, to the skies above Nevada, to a planned deployment of even more special operations troops to the Korean Peninsula during the Winter Olympics in South Korea next month. The planning for a potential nuclear war comes as President Trump has repeatedly threatened to launch a nuclear strike against North Korea.

Meanwhile, The Wall Street Journal is reporting the Pentagon is also planning to develop two new sea-based nuclear weapons. The report is based on a new Defense Department nuclear strategy review, which says the proposed new nuclear weapons would be to counter Russia and China. Last week, The Guardian reported the Trump administration is planning to loosen the restrictions on the use of nuclear weapons and develop a nuclear warhead for U.S. Trident missiles. This all comes as Trump has proposed building up the United States’ nuclear arsenal and has reportedly asked, about nuclear weapons, “If we had them, why can’t we use them?”