What are the potential roadblocks in achieving the Paris Agreement by 2020? 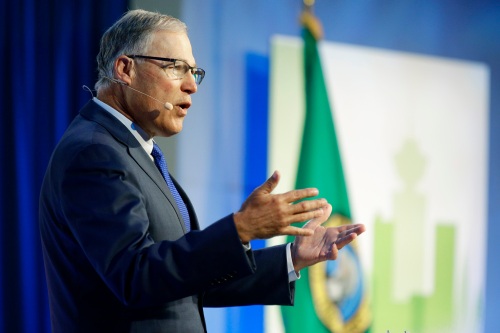 The governor of Washington state said Tuesday that President Trump’s decision to pull out of the Paris climate accord has only encouraged other countries to redouble their efforts to combat climate change.

Democrat Jay Inslee, in an interview on the NPR show On Point from the United Nations’ climate conference in Bonn, Germany, told host Tom Ashbrook that he was concerned by Trump’s decision at first: Would pulling out of the international climate change agreement encourage other countries to follow suit or slack off?

It’s done the opposite, Inslee said.

“They became more committed and more inspired when they saw the willful ignorance of the president on this issue,” Inslee said. “They actually have doubled down and there has not been one single country that has removed their name from Paris.”

You can find the full episode here.

Inslee is part of the so-called United States Climate Alliance, a group of 15 states and two territories that Inslee said represented 40 percent of the U.S. economy – the world’s third largest, if it was its own country.

The group was there as a sort of shadow delegation to the climate conference.

It would be better, he said, if the Trump administration was on board, or if all 50 states, instead of 15, were part of the group. But technological innovations in things like solar will help light the future, Inslee said – signing off with the admonition to “have faith.”

“We’re developing technologies at a spectacular rate to drive down the costs of clean energy that could remove the necessity of depending on dead dinosaurs to run our economy,” Inslee said.

The U.S. Is Tackling Global Warming, Even if Trump Isn’t – NYTimes.com 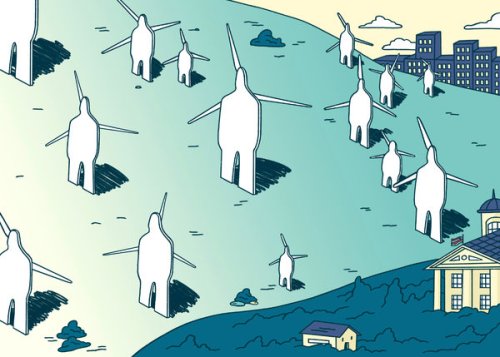 World leaders have been meeting in Bonn, Germany, since last week to discuss carrying out the 2015 Paris climate agreement. Sadly, though not unexpectedly, the White House and federal agencies have largely been absent from the negotiating table. But American leaders from state capitols, city halls and businesses across the country have shown up in force, and we have delivered a unified message to the world: American society remains committed to our pledge under the agreement.

Over the past two months, Americans have experienced or witnessed raging wildfires and devastating storms, from Santa Rosa, Calif., to San Juan, P.R. Warming seas, along with hotter and drier days, make these storms and fires more intense and destructive. Climate change is not a future threat; it is happening now, and we are paying for it in lost lives and billions of dollars in damage.

The United States has always led the way in confronting global challenges, especially ones that profoundly affect our own country. President Trump’s vow to withdraw from the Paris agreement by 2020 was a troubling abdication of that leadership, and it threatened to send a dangerously wrong message: that we are abandoning the pledge we made in Paris to reduce emissions at least 26 percent by 2025.

Nothing could be further from the truth. Most Americans strongly support the Paris agreement, and thousands of mayors, governors, chief executives and others stepped forward to reaffirm their commitment to it after the president walked away from the accord. Together, these states, cities and businesses constitute more than half of the United States economy and, if they were a separate country, would make up the third-largest economy in the world.

Trade With China In The Age Of ‘America First’ | On Point 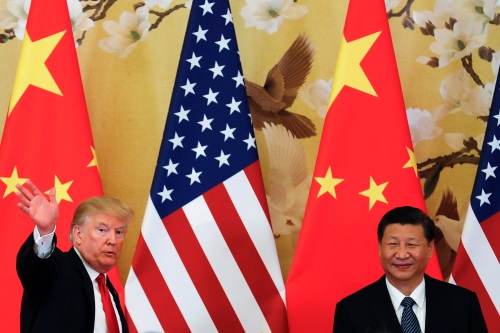 President Trump pitches his “America First” trade policy in Asia. We look at what’s really going on with US-China trade and beyond.

President Donald Trump is making big promises on trade. Can he deliver? The president has blown up the Trans Pacific Partnership, but it’s now reshaping and going ahead without the U.S. He said China was “raping” the United States. Certainly, U.S. trade deficits there have been gigantic for a long time. If there’s something wrong, is the Trump administration lining up to fix it? This hour, On Point: The Trump take on trade, and where “America First” may take America. —Tom Ashbrook

James McGregor, chairman of the China region for APCO Worldwide, author of “No Ancient Wisdom, No Followers: The Challenges Of Chinese Authoritarian Capitalism.” (@jameslmcgregor)

NPR: Shaky U.S.-China Trade Relationship Will Top Trump’s Agenda In Beijing — “Soft lounge music pipes through the speakers as elegantly dressed shoppers peruse organic produce and meats at City’super, one of Shanghai’s most upscale markets, a cross between Whole Foods and Louis Vuitton. But one look at the price of an American steak is enough to conjure a mental scratch of a needle across this soothing soundtrack: Nearly $60 for a pound of USDA Prime ribeye.”

CNN: Donald Trump Trades Barbs For Flattery In Gambit To Win Over China — “Instead of lashing China for trade practices he once compared to rape and theft, he praised the country and its powerful leader, Xi Jinping, for cunningly exploiting the US to benefit his own citizens — and harm American workers.”

https://democracynow.org – Democracy Now! was there when activists and Democratic lawmakers at the U.N. climate summit in Bonn, Germany, staged a full-fledged revolt Monday when the Trump administration made its official debut at this year’s conference with a forum pushing coal, gas and nuclear power. The presentation was entitled “The Role of Cleaner and More Efficient Fossil Fuels and Nuclear Power in Climate Mitigation.” The panel was the only official appearance by the U.S. delegation during this year’s U.N. climate summit. Of the four corporate representatives pushing nuclear, gas and coal, Lenka Kollar of NuScale Power and Amos Hochstein of Tellurian told Amy Goodman that they disagreed with Trump’s decision to pull the U.S. out of the climate agreement.

https://democracynow.org – This year’s U.N. climate summit is known as the first “Islands COP,” with Fiji presiding over the event, but hosting it in Bonn, Germany, because of the logistical challenges of hosting 25,000 people in Fiji at the start of the South Pacific cyclone season. Today is also Gender Day here at the U.N. Climate Change Conference. We are joined by the first woman president of the Marshall Islands, Hilda Heine, and her daughter, poet and climate change activist Kathy Jetnil-Kijiner.