https://democracynow.org – As the Senate narrowly passes a budget bill that clears the path for a historic tax reform, we’ll look at how President Trump’s proposed tax overhaul would shower billions of dollars in tax cuts upon the wealthiest Americans—including President Trump’s family and members of his administration. An analysis by the Center for American Progress Action Fund shows President Trump’s family and Trump’s Cabinet members would, combined, reap a $3.5 billion windfall from the proposed repeal of the estate tax alone. Trump’s plan would cap the tax rate on “pass-through income” at 25 percent—a move that would also shower millions in savings upon millionaires and billionaires. We speak with economist James Henry of the Tax Justice Network and Pulitzer Prize-winning journalist David Cay Johnston, whose latest piece is titled “Nine Reasons Trump’s Tax Plan Will Hurt You.”

https://democracynow.org – President Trump and House Republicans have unveiled their long-promised proposal to reform America’s tax code, with Trump calling it a “big, beautiful Christmas present” for the American people. Critics say the gift is a tax cut for the richest Americans. We discuss the proposal with economist and former Greek Finance Minister Yanis Varoufakis, who argues, “It’s an out-and-out class war waged against the poorest, the weakest, the disenfranchised—the very same people that Donald Trump appealed to in order to get elected.”

Shocking new revelations reveal the ways the world’s richest men stash away billions of dollars in wealth in offshore tax havens. The revelations, known as the Paradise Papers, came in 13.4 million leaked documents published over the weekend revealing how the Bermudan law firm Appleby helps corporations and the world’s wealthiest people evade taxes and obscure their ownership of everything from private planes to whole companies.

Among those implicated is Wilbur Ross, who continued to invest in a shipping company tied to Russian President Vladimir Putin’s son-in-law even after he became President Trump’s commerce secretary. The shipping company Navigator Holdings is also linked to a Russian oligarch subject to U.S. sanctions. 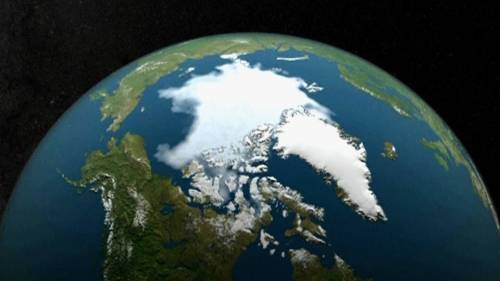 The floods came as a comprehensive new study by the U.S. government finds global average temperatures have increased 1.8 degrees Fahrenheit since 1900 and will continue to rise along with greenhouse gas emissions, with human activity as the only plausible driver. The stark warning came as part of the National Climate Assessment, a congressionally mandated report due every four years. The assessment was approved by the White House—a move that surprised many observers, though spokesperson Raj Shah later sought to downplay its scientific findings. 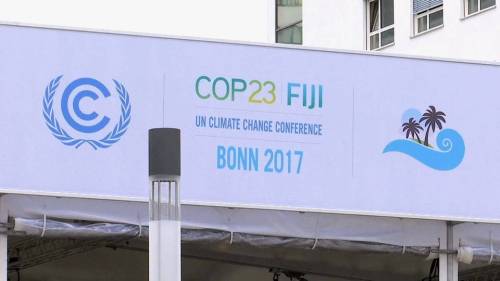 The report was released shortly before thousands of delegates from nearly 200 countries gathered Monday for United Nations climate talks, with President Trump’s move to withdraw the U.S. from the Paris climate accord casting a shadow over negotiations. The talks are presided over by the Republic of Fiji—one of several small island nations that face an existential threat from sea level rise caused by climate change. This is Fiji’s Prime Minister Frank Bainimarama.

Prime Minister Frank Bainimarama: “We bring a message from Fiji and the Pacific and the vulnerable nations of the world, to say that enough is enough. We need the political will of the parties to make the changes necessary to bring about—to get rid of the suffering from the people of the world.”

Ahead of this year’s climate talks, thousands of activists marched Saturday through the streets of Bonn calling for an end to coal production. Organizers said as many as 25,000 joined the protest. On Sunday, thousands of protesters stormed onto the grounds of the massive Hambach coal mine west of Bonn, shutting down a massive coal excavator. The site is the largest open-pit mine in Europe.

Democracy Now!   Published on Nov 6, 2017
https://democracynow.org – A slew of 13.4 million leaked documents revealed how the world’s richest men stash away billions of dollars in wealth in offshore tax havens. The revelations, known as the Paradise Papers, implicate more than a dozen of President Trump’s Cabinet members, advisers and major donors. We continue our conversation with Frederik Obermaier, co-author of the Paradise Papers. He is an investigative reporter at Germany’s leading newspaper, Süddeutsche Zeitung. Obermaier also worked on a separate investigation, the Panama Papers, and is co-author of the book “Panama Papers: The Story of a Worldwide Revelation.”

From Bali to Marrakech: A Decade of International Climate Negotiations

This book tells the story of the negotiations that resulted in the adoption of the Paris Agreement in 2015 through its entry into force in November 2016 through the Earth Negotiations Bulletin analyses and specially written narratives. The book also contains a foreword by Christiana Figueres and a message from current UNFCCC Executive Secretary Patricia Espinosa. 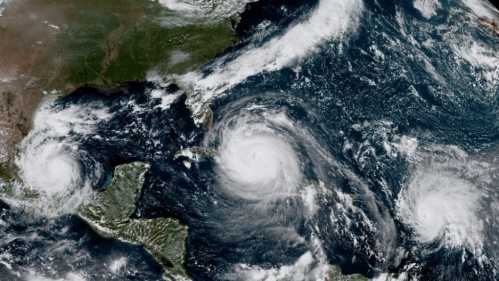 Three hurricanes at once — Irma, Katia and Jose — seen from satellite in early September.

“What we’re seeing is the veritable tip of the iceberg,” says Michael Mann, distinguished professor of atmospheric science and director of the Earth Systems Science Center at Penn State University.

“If we continue on the path that we’re on,” he says, “there’s no reason not to expect that we will see even more intense hurricanes and more extreme weather events of the sort we’re already starting to see — unprecedented flooding events [and] unprecedented heat waves, droughts and wildfire.”

As the number of people living on planet earth grows by the minute – we are sitting on a ticking time bomb – all 7 billion of us. So does overpopulation actually pose a bigger threat than climate change? I’ll ask activist and author Karen Shragg in tonight’s Conversations with Great Minds.

Professor Chris Williams says even the U.S. Department of Defense is speaking of climate change in the present tense Visit http://therealnews.com for more videos.