Is A Monster Ice Shelf About to Collapse . . . Again??

Published on Jul 14, 2017
The Larsen Ice Shelf has existed for thousands of years. Get to know it before it’s gone forever!

What do Trump’s economic promises to the coal industry mean to voters in West Virginia? Subscribe on YouTube: http://bit.ly/1BycsJW Twelve thousand mining jobs have disappeared in the state over the last few years — and 70 percent of the vote went to Trump. One former coal miner says, “I’ve been a registered Democrat all my life, but I crossed over this year. I voted for Donald Trump, because he promised to help the coal miner.”

Outside interests are having outsize influence over EPA chief Scott Pruitt, says Betsy Southerland, a former 30-year veteran at the agency, in an interview for the FRONTLINE documentary “War on the EPA.” What agency experts are “trying desperately to do,” she says, is “hope against hope that their facts will change Scott Pruitt’s mind.”

How the “War on the EPA” Was Waged | FRONTLINE

On Tuesday, the Trump administration took a formal step towards repealing the Clean Power Plan. To anyone following Trump’s vow to end what he described as “the war on coal” — and the ascent of his EPA administrator, Scott Pruitt — the move shouldn’t have come as a surprise.

Genetic Engineering in Agriculture: The Future of Food

The Real Truth About Health
Published on Oct 2, 2017

Genetic engineering of food crops is as controversial today as ever, as many of the large agro corporations that use this technology position themselves as the answer to the world food crisis and further consolidate the seed supply. Deborah Koons Garcia updates everyone on key issues from her smash 2004 film The Future of Food. 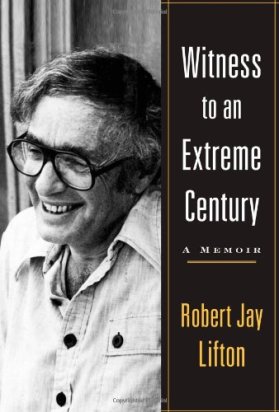 For many years, Robert Jay Lifton has been recognized as a leading “psychohistorian,” or as he prefers to define his vocation, a “historically minded psychiatrist.” Psychohistory is the field of inquiry that explores the psychological motives of individuals and groups of historical actors, as well as the psychological impact of historical events. Lifton is perhaps best known as the author of “Death in Life: Survivors of Hiroshima,” published in 1967, which received a National Book Award. In that book, he described how the hibakusha, those residents of Hiroshima who survived the atomic bomb on Aug. 6, 1945, lived with deep and shameful feelings of being “inwardly poisoned” by their experience, as well as an embittered “sense of special knowledge” that set them apart from those who had not witnessed the horrors of the attack.

“Witness to an Extreme Century” is a memoir of Lifton’s life and career, and as one is forewarned by its title, he doesn’t offer readers many laughs. Still, one passage toward the end did make me smile. “Dad,” he reports his daughter, Natasha, once asking him, “have you ever considered taking up more cheerful subjects?”

Apparently not. Lifton, whose academic affiliations include stints at the City University of New York, Yale and, most recently, Harvard, has devoted himself to studying how individuals have coped with extreme circumstances: war, torture, genocide. In addition to Hiroshima survivors, his subjects have included Vietnam veterans, the victims of Chinese Communist “thought reform,” and German concentration camp doctors.

“Several of his books featured mental adaptations that people made in extreme wartime environments:

[…]
In the Hiroshima and Vietnam studies, Lifton also concluded that the sense of personal disintegration many people experienced after witnessing death and destruction on a mass scale could ultimately lead to a new emotional resilience—but that without the proper support and counseling, most survivors would remain trapped in feelings of unreality and guilt.”

Psychiatrist Robert Jay Lifton on Duty to Warn: Trump’s “Relation to Reality” is Dangerous to Us All

https://democracynow.org – As Vanity Fair reports some of President Trump’s closest aides and advisers say he is “unstable” and “unraveling,” and that the White House is increasingly consumed by chaos, we speak with Robert Jay Lifton, a leading American psychiatrist and author of more than 20 books about the effects of nuclear war, terrorism and genocide.

https://democracynow.org – We spend the bulk of the hour with Dr. Robert Jay Lifton, a leading American psychiatrist and author of more than 20 books about the effects of nuclear war, terrorism and genocide. As NBC News reports President Trump has called for a nearly tenfold increase in the United States’ nuclear weapons arsenal, and as he threatens to attack North Korea and decertify the landmark 2015 Iran nuclear deal, Lifton examines what he calls the “apocalyptic twins: nuclear and climate threats.” His new book is titled “The Climate Swerve: Reflections on Mind, Hope, and Survival.”