COMMENTARY: Trump used our research to justify pulling out of the Paris agreement. He got it wrong. 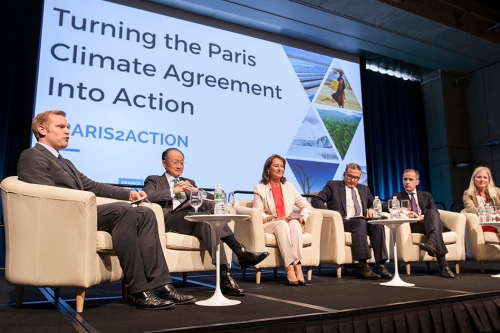 Trump used our research to justify pulling out of the Paris Agreement. He got it wrong.
His administration cherry-picked my group’s findings to help make their case.

By John Reilly, co-director of the MIT Joint Program on the Science and Policy of Global Change

Washington Post, June 8, 2017—As scientists concerned with the very real impact of human activity on climate, my colleagues and I certainly hope our research reaches policymakers at the highest levels of government — which, apparently, it did, when White House officials cited our work to justify President Trump’s decision to pull the United States out of the Paris climate accord.

Unfortunately, they got it wrong. 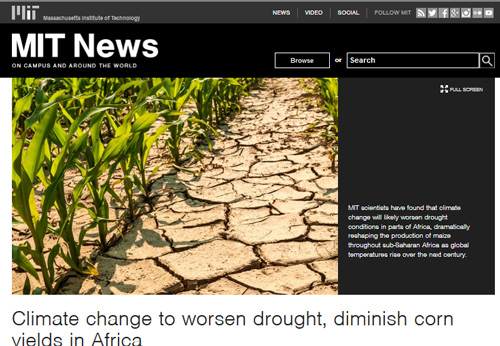 Over the next century, southern Africa will see widespread decreases in maize production.

Nearly 25 percent of the world’s malnourished population lives in sub-Saharan Africa, where more than 300 million people depend on corn, or maize, as their main food source. Maize is the most widely harvested agricultural product in Africa and is grown by small farmers who rely heavily on rainwater rather than irrigation. The crop is therefore extremely sensitive to drought, and since 2015 its production has fallen dramatically as a result of record-setting drought conditions across southern and eastern Africa.

Now MIT scientists have found that climate change will likely further worsen drought conditions in parts of the continent, dramatically reshaping the production of maize throughout sub-Saharan Africa as global temperatures rise over the next century.

In a paper published online this week in the journal Earth’s Future, the researchers report that, if the world’s average temperatures rise by 4 degrees Celsius by the year 2100, much of southern Africa and the Sahel region just south of the Sahara desert — regions that contribute a significant portion of Africa’s maize production — will experience increased aridity, which in turn is predicted to decrease maize crop yields in some nations by over 20 percent. 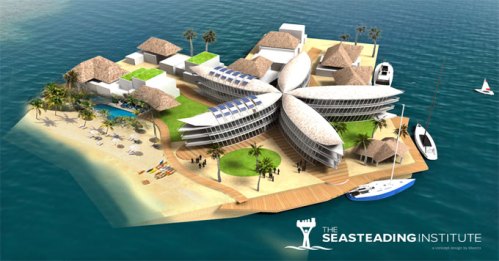 Illustration of a seastead, modeled after a local flower to honor the Polynesian culture. Photo courtesy of Joe Quirk/Seasteading Institute.
By Daisy Simmons Thursday, June 8, 2017

While some people are planning for life on Mars, there’s a new movement of so-called “Seasteaders” planning to colonize a frontier a lot closer to home.

Quirk: “Seasteading is building politically independent cities that float on the ocean.”

He believes that man-made islands will someday be home to independent communities where people can experiment with new forms of government and launch innovative businesses. He says these islands may also have value for places threatened by sea-level rise.

Quirk: “The immediate imperative is to provide a solution for these Pacific Island nations that are sinking below sea level.”