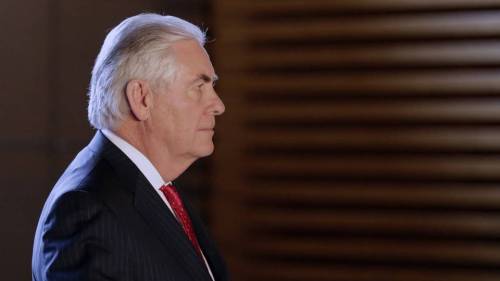 The Trump administration sent mixed signals on North Korea Thursday, as Secretary of State Rex Tillerson said the U.S. is open to direct negotiations with Kim Jong Un’s regime over his country’s nuclear program, while President Trump hinted at a possible nuclear war. Trump made the remark in an interview with the Reuters news service.

President Donald Trump: “Well, there’s a chance that we could end up having a major, major conflict with North Korea. Absolutely.”